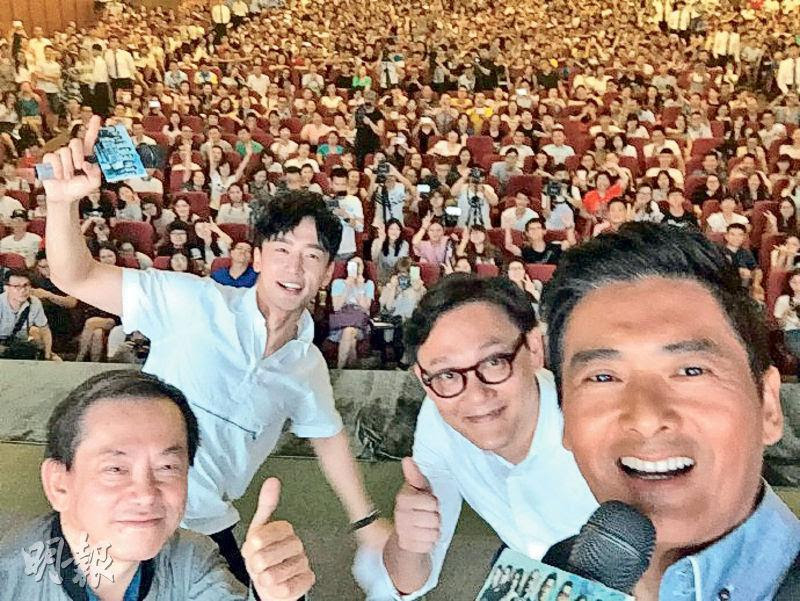 Chow Yun Fat went to a COLD WAR 2 (HONG JIN II) forum at the South China University of Technology in Guangzhou. Over 1,000 attended. Yesterday the forum screened the Putonghua version of the film, actually the Cantonese version's post production was not yet completed. Fat Gor said that students would understand the Putonghua version, but watching it in Cantonese in Guangzhou would be even more intimate. On stage he relied in both Cantonese and Putonghua. Fat Gor said that his Putonghua was rotten and he wanted to speak Cantonese.

A student asked what was the most frequently used app on Fat Gor's phone? Fat Gor said, "After I finish a call I turn off the phone, I hide in the hills and don't need Wi-Fi because an immortal and Wi-Fi can't coexist." Now Fat Gor loves hiking and was as happy as an immortal. A student asked Fat Gor for his secret of staying in shape. He said, "Cut your rice intake in half, walk for half a hour in the hills everyday." Fat Gor paid attention to health and said that in the past he worked until he ruined his health. Now he had to cleanse the garbage from his body. Thus he exercised and practiced Qi Gong.
Posted by hktopten at 8:33 PM