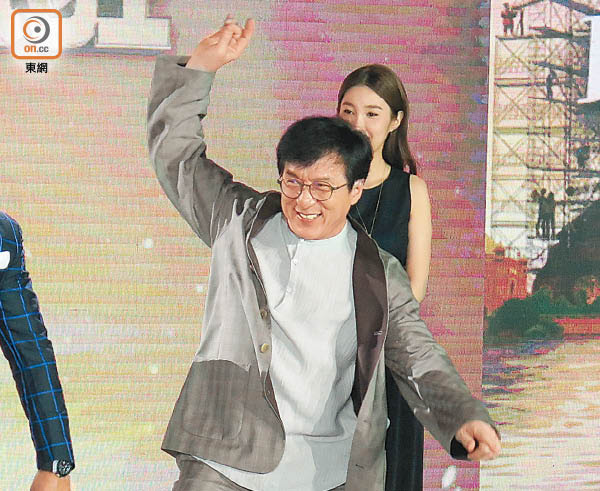 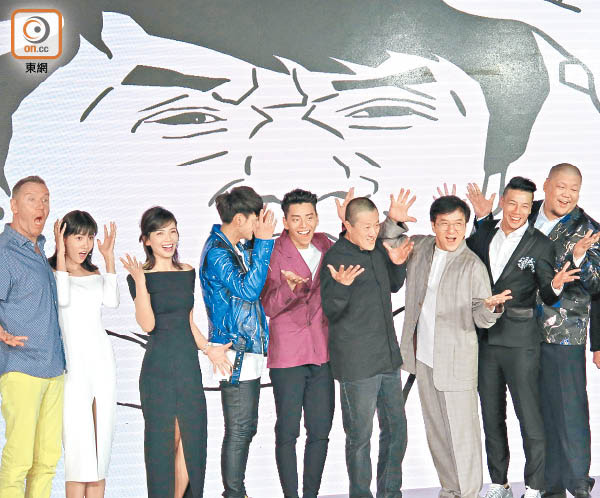 Yesterday the Shanghai Film Festival's Jackie Chan Action Film Week opened. Jackie Chan, director Sam Raimi, Teddy Chan Tak Sum, Chin Kar Lok and others attended the opening forum. Jackie Chan admitted that past Hong Kong action film stunt scenes were too exaggerated. Because of excessive adjustments the script was neglected. He said that he wanted to make a movie without any fight scene. Jackie Chan at the same time revealed that some action stars did not know how to fight, he even almost named someone.

Jackie Chan said that with more international film exchanges, he realized that in the past Hong Kong action films purely did stunts for the sake of stunts. Hollywood would put elements like drama and photography first in an action film. Many Hong Kong films would put action first. Many films' "action" was purely for the pursuit of excitement and would give children the wrong impression. Director Chan Tak Sum said that someone once reminded him out of good intention that as an action director if the first half of the action had no fight, would the audience leave half way. Director Chan felt that he had to make the audience fall in love with the characters with the story in the first half for the audience to truly pay attention to the character development in the fight scenes in the second half.

At the forum, Jackie Chan even left his seat countless times to perform his past stunts. He said that his stunts were so exaggerated that they became too fake. Now looking back he would feel bad about them. Later he suddenly lamented that he truly hoped to be able to make a movie without any fighting at all.

Speaking of the hardship of being an action star, Chin Kar Lok said that as a younger generation member he could no longer movie. However Big Brother Jackie Chan could still firmly stand guard at the action film set. Jackie Chan could not help but reveal some dark secrets behind some fight scenes. He said that with the advanced technology now stunt doubles have become popular, which made some people who did not know kung fu at all into famous action stars. Some stars only had to jump and perform some simple stunts on the set, then the double would take over. Some "famous action star" performed their stunts through technology, as stunt doubles performed all of their stunts. Finally the star's face was "changed" onto the double's body. Jackie Chan almost named the star, but finally still kept his mouth shut. Jackie Chan shook his head and said that such a lie would only harm themselves in the end.

Yesterday many kung fu students came to the Jackie Chan Action Film Week Opening forum. A foreign friend said that he studied kung fu because he really admired Jackie Chan. He even asked about the progress of Jackie Chan's play. Jackie Chan said that the play was still be worked on, the idea was to based it on his autobiography and tell the story of his decades of struggle. The play will use an all new no dialog format with only narration. This way it will be able to be performed internationally in the future.
Posted by hktopten at 8:48 PM