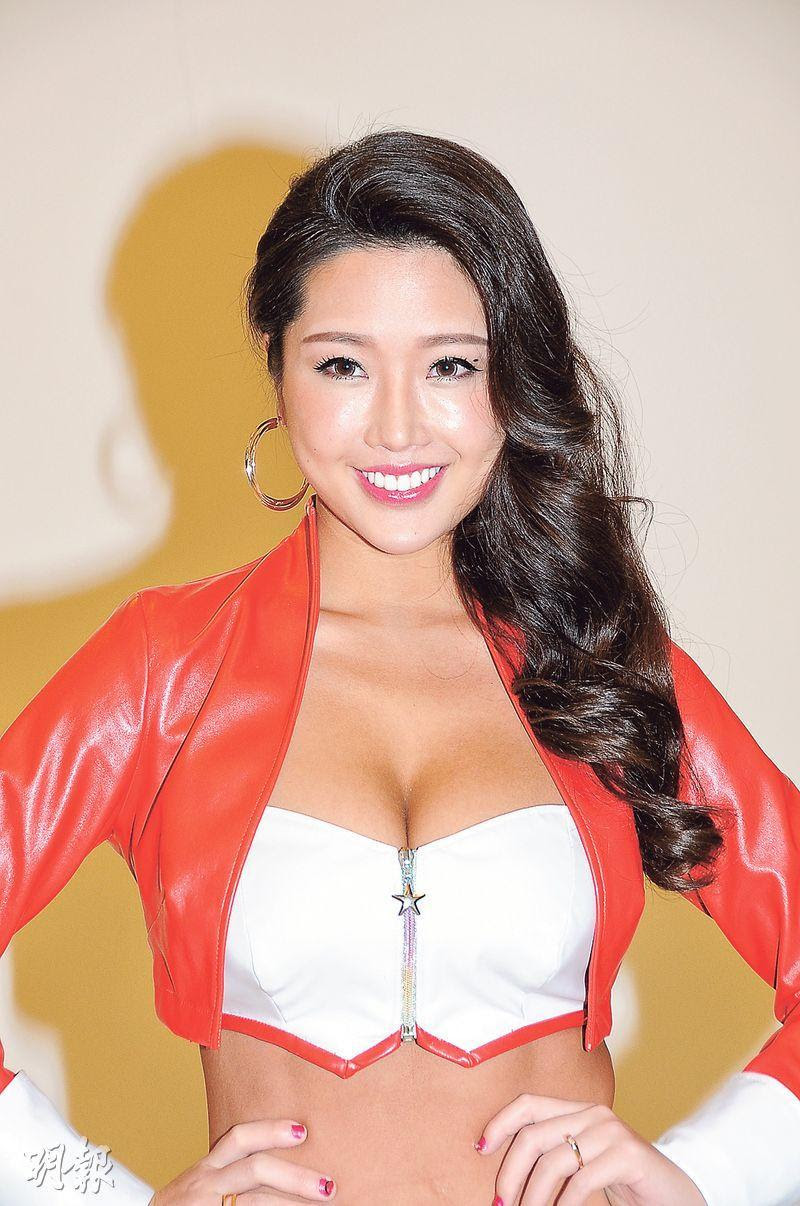 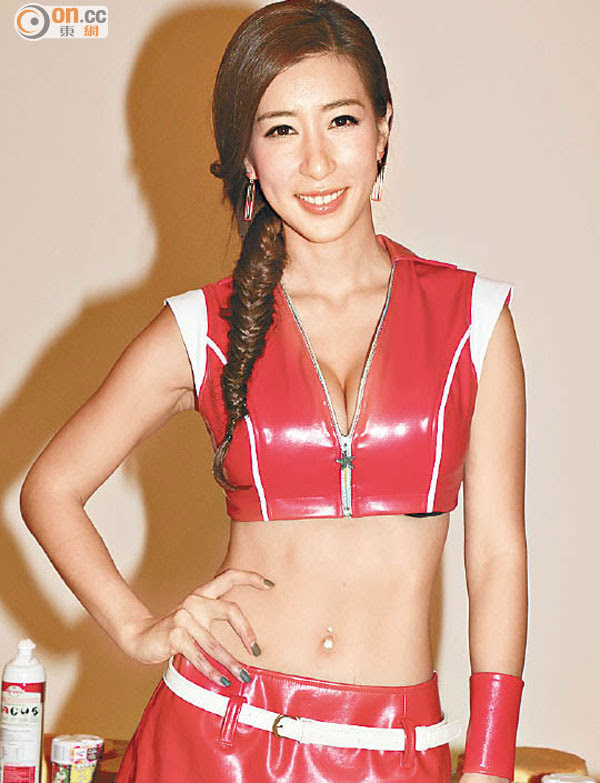 Dressed in Christmas white and red look, artists Anita Chui Bik Ka, Alycia Chan Yuen Hung, Jacquelin Chong Si Man, Angie Shum Yat Ka worked on the poster for their film PROMOTION GIRL (PG LUEN OI JI YUN). Aside from lead actress Angie, the other ladies showed off their career line, piped cream on cakes and filled the venue with joy. Because they had to push hard to pipe the cream, Chui Bik Ka, Chan Yuen Hung and others grew impatient and kept shaking up and down to be able to pipe successfully.

Angie denied that she was able to keep from being sexy because she was the lead actress. She even attempted to explain the "diamond ring" personal facebook post. She said, "I am single, I am not gloating. The photos were from a dinner last year when I borrowed the ring. It isn't mine. The flowers were because I like flowers. Actually last year the guy and I were getting to know each other, later I realized that the guy weren't as good as I imagined. I cut my hair in hopes of a new start. We never started, we just an ambiguous relationship of getting to know each other."

Chui Bik Ka said that in the new film she will have a daring performance. She said, "It will be the most daring in my film career. I took wardrobe precautions. (Did you look like you were naked?) Then you have to go to the movies and see!" Jacquelin responded to Gregory Wong Chung Hiu's anonymous description of her as a "troublesome co-star". "No comment, but no one should take things too far. (Do you feel Wong Chung Hiu is a troublesome co-star?) No comment, I will keep acting, personally I will have no contact. (Can you be friends?) No!"
Posted by hktopten at 6:28 PM