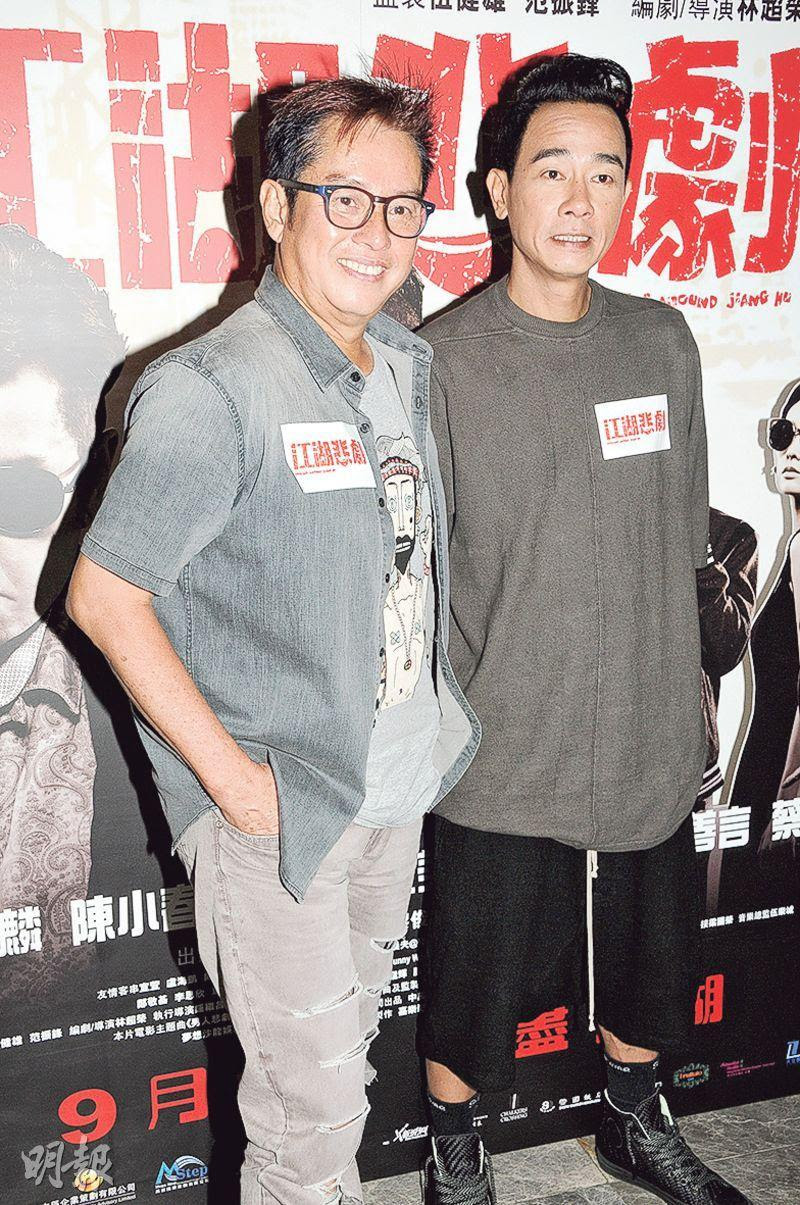 Siu Chun sang with Principal Tam for the first time and felt very honored. Then the three new generations Babyjohn, Cai Jei and Tam Sin Yin each sang a part of the new song. Principal joked that their part was the easiest. He and Siu Chun sang the hardest part a cappella, but Principal with his sunglasses in a dark cinema could not see his cheat sheet clearly. He as usual missed his cue. Principal joked that this song was very hard to sing so from now on he would not plan to perform it live. Siu Chun said that he would like to sing with Principal his classic song LITTLE CORAL the most.

The 23rd will be the Principal's 66th birthday. Yesterday over a dozen fans presented a cake to celebrate with him. Principal said that since the 11th of last month he has already started cutting cakes. So far he has already received over 30 cakes. He said, "I of course just licked the cake once. If I ate them all I would be 'gathering fat'!" Principal also said that as soon as August began, his friends took him to dinner every night to celebrate his birthday. On the actual day he would like to spend it quietly with his family. Would his birthday wish be winning Best Actor this year? Principal said, "The lyrics say I want to win Best Actor, but it's hard for the audience to digest the comedy then experience the content. In addition this film was shot almost comic book style, it was a new attempt. I did not dare to think about it either."
Posted by hktopten at 5:34 PM