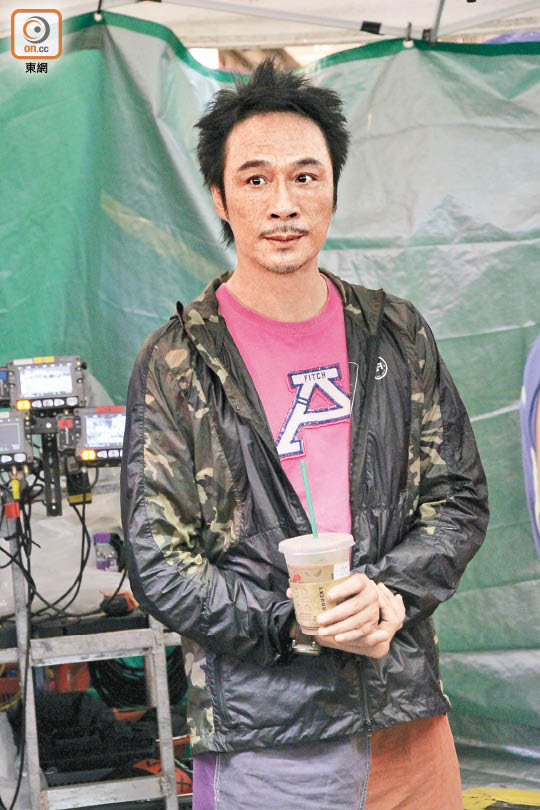 Film star Francis Ng Chun Yu written, directed and starred in a new film that has been shooting on location in Mongkok. Two nights ago a car chase was shot. Despite the typhoon, almost 200 people looked on. Around 9PM, a man stood in the middle of the street and hindered the production. The team tried to intervened but to no avail. It could only contact the police for assistance. Even when the police arrived, the troublemaker still refused to leave. After almost a hour the crowd that wanted to see the production rose up and forced that man to leave.

After the incident the team continued the shoot. Around 10:30PM perhaps because the team was "threatened", Chun Yu personally arrived at the set to observe the situation and settle down the troops. He was even dressed like the "Mongkok boss". However he was unable to completely control the situation as his "boss" position was "challenged". Around 10:40PM, a large water bottle and metal object came from above and created a loud bang and the crowd shattered. Some kept screaming as the scene turned chaotic. The crew immediately ordered the crowd to disperse. The two objects injured one worker's eye and two pedestrians' heads.

Chun Yu after waiting for the matter to settle left around 11PM. He later helplessly lamented, "I just got to the set and heard the water bottle falling on the ground. Then I asked the crew to gently talk to the person but to no avail. Finally I could only call the police. (What scene was being shot at the time?) At the set we were working on lighting, a vehicle had to make a 180 degree turn. I originally would shoot the scene, but due to the incident it didn't happen. I also didn't want the attention." Did he need to shoot the belly cutting scene at the time? He said it was not shot until last night. "And I had to shoot a very complex scene! That bloody scene would make people laugh, it's not as mob like as people imagine."
Posted by hktopten at 7:32 PM