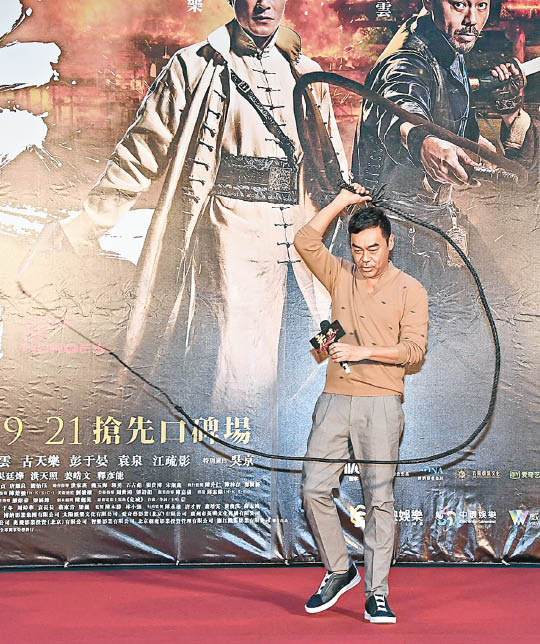 Ching Wan has rarely made costume wu xia films in his career. This time he played a defense force chief and trained hard on wielding the whip. During practice he often hit himself or others by accident. Ching Wan after finishing the entire film lost 4 kilograms, but he said that after he got the script he looked forward to working with Chan Muk Sing again. "It would have been worth it even if I ended up even more exhausted! In addition I even learned to wield the whip." He even picked up a whip and made cool poses. He also praised Louis Koo Tin Lok who was unable to promote in Taiwan and said that he played a bad to the bone warlord and had to keep laughing. It was very painful to laugh throughout all the shoots, which made him feel bad for him.

Peng Yu-Yan returned home to promote and had a complete transformation in the film. He not only had facial hair but also freckles to play this dirty looking and wild wanderer. Peng Yu-Yan said that he was not as masculine as Goo Jai so if he wanted his costume to be closer to his character he had to make such a "sacrifice".
Posted by hktopten at 3:20 PM