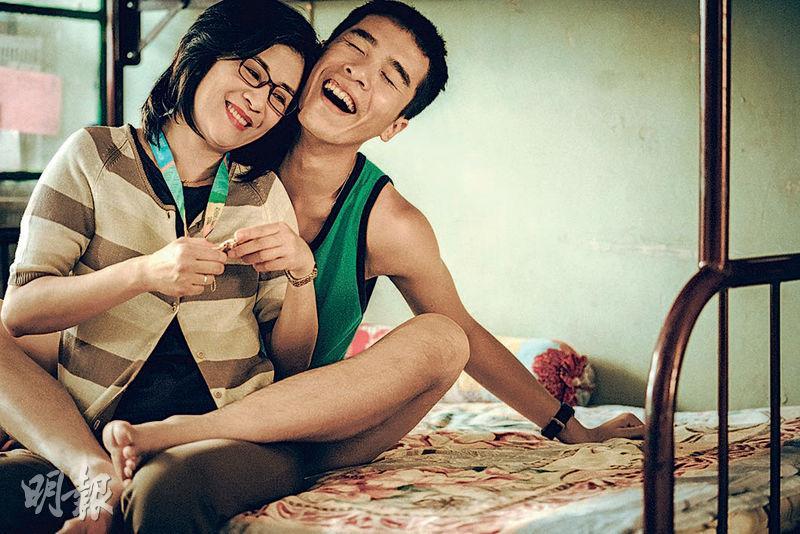 The film ZERO TO HERO was based on the Paralympic Games gold medalist So Wa Wai's real life story. Currently still in theaters, the film has been a commercial and critical hit since its opening. Yesterday brought even more good news as it was officially named to represent Hong Kong to vie for the 94th Best International Film Oscar. Kwan Yu could not be happier after hearing the news. "I Ng Kwan Yu really could've dreamt ten thousand dreams and never dreamt that a movie that I produced would be able to represent Hong Kong to compete for the Best International Film Oscar. After the terror I really wept tears of joy." She also joked, "I hope to thank the audience until the Oscars next year, the most important is to thank the director (Jimmy) Wan Chi Man, the on and off camera professionals, and especially a group of excellent Hong Kong young actors."

Director Wan Chi Man got emotional after receiving the news and instantly cried. After settling down he said, "This wonderful journey has brought me a lot, I have to thank So Wa Wai and 'So Ma' So Han Siu Jing for achieving this story and producer Ng Kwan Yu for her complete emotional investment and assistance. I also thank One Cool Film, the cast and the crew for their support."

For the selection, the Federation of Motion Film Producers of Hong Kong board of directors' members, in according to the American Academy of Motion Pictures Arts and Sciences' "Best International Film Oscar" film selection competition standards, chose from all Hong Kong films that were released between January and December this year. ZERO TO HERO with the majority of votes was nominated to represent Hong Kong to participate in the 94th Best International Film Oscar competition.
Posted by hktopten at 4:30 AM