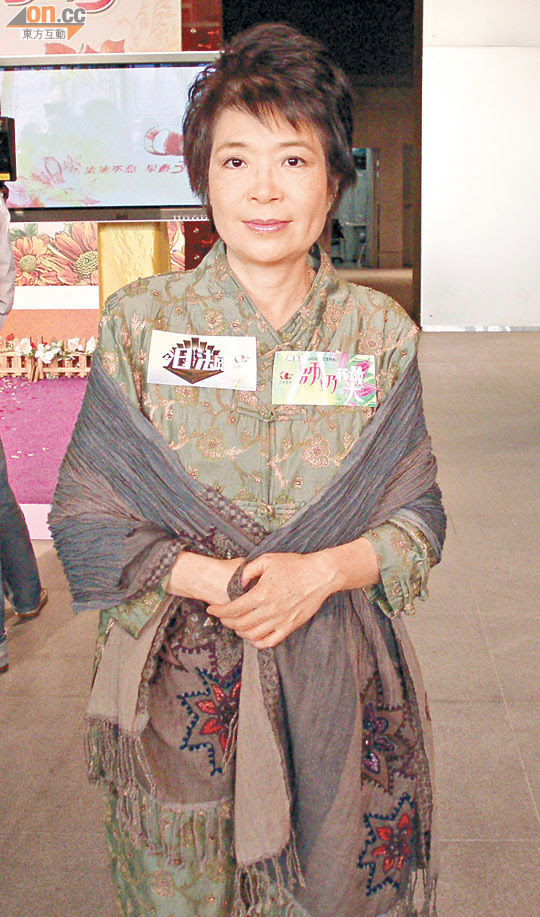 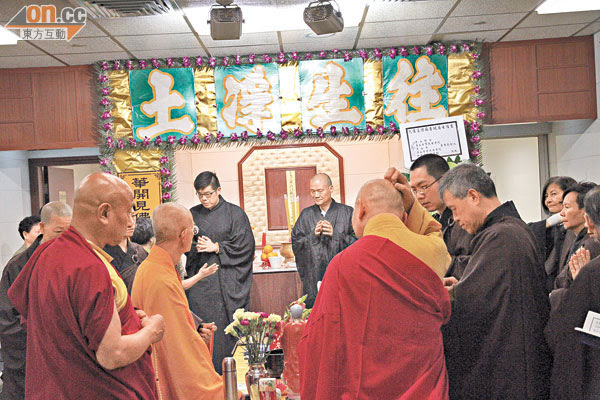 Best known for her mother roles, veteran actress So Hung Suen two days ago passed away from heart failure due to diabetes at the age of 62. An excellent actress, Sister Suen in recent years due to illness reduced her performance. Occasionally she would operate her vegetarian restaurant. Sister Suen last year with LIFE WITHOUT PRINCIPLE (DUET MING GUM) won the Hong Kong Film Award Best Supporting Actress and added a brilliant chapter to her film career. Reporters yesterday waited for Sister Suen's family to appear at the hospital but her husband Hui Sing Biu and their son did not appear, conceivably they were busy with the funeral arrangements. The Performing Artist Guild also contacted Sister Suen's family to see if any assistance was needed. Her family so far has not made any special request.

Sister Suen was a student of TVB's first training class. She worked at TVB for 24 years and left a lot of vaulable work. TVB in memory of her selected one of her representative work LOOKING BACK IN ANGER (YI BUT YUNG CHING) for rerun on its Classic station starting June 19.

Liza Wang Ming Chuen who has worked with So Hung Suen countless times also remembered her friends online. "The first time I worked with So Hung Suen was JING GUNG CHAN MUNG, I played Consort Zhen and she was the Empress Dowager. At the time I just started making series, she was the first artist training class new comer (1972). We had many collaborations, in DREAM OF THE RED CHAMBER Daiyu, she was Xiren; in YESTERDAY'S GLITTER I was the seventh wife, she was Kong Ngai's second wife, etc......she has always been my good partner, good colleague, good actress! Ah Suen! Deeply miss you! Have a safe journey!" Michael Tao Dai Yu said, "Sister Suen, you were my great teacher, you were my great elder, I will always remember working with you. Sister Suen, have a safe journey!" Although Sister Suen was unable to defeat her illness, she has won the praises of those of her generation and after.

Yesterday So Hung Suen's husband Brother Biu and son chanted for her at the funeral home. Brother Biu already asked a dozen or so masters to chant seven days for his wife. When asked about Sister Suen's unfulfilled wish, Brother Biu admitted that basically she was okay. She just wanted to promote vegetarianism. "The children will come back to run the vegetarian restaurant."

The lama from Bhutan yesterday chanted in a Buddhist ceremony for Sister Suen at the Universal Funeral Parlor. No photo was at the altar yet, only a piece of yellow paper with the words "the lotus spot for Madame Hui So Hung Suen". Brother Biu revealed that the masters learned about his wife's passing and came to chant. "So far the services have been scheduled to start on June 30 and the funeral on July 1. Her ashes will rest in a temple. Because the entire family is Buddhist, everyone is very calm. We know passing is passing, staying is staying. We understand karma. When children learned about their parents' passing they didn't cry too hard. Of course after so many years together their emotions would fluctuate. When my wife passed our family was chanting for her by her side, so she left very peacefully." Brother Biu also said that Tony Leung Chiu Wai called to send his condolences.

Reporters also visited So Hung Suen's vegetarian restaurant. Speaking of how Sister Suen treated her employees, they all had nothing but praise for her as a good boss. "We know her biggest wish is to promote vegetarianism and stop butchering. We would follow and be vegetarian, and run this membership club (vegetarian restaurant) for Sister Suen. Her husband and son would come everyday and we will keep running it together." Employees said that they will attend the funeral and learned that many of Sister Suen's friends will appear to send Sister Suen on her final journey.
Posted by hktopten at 2:08 PM