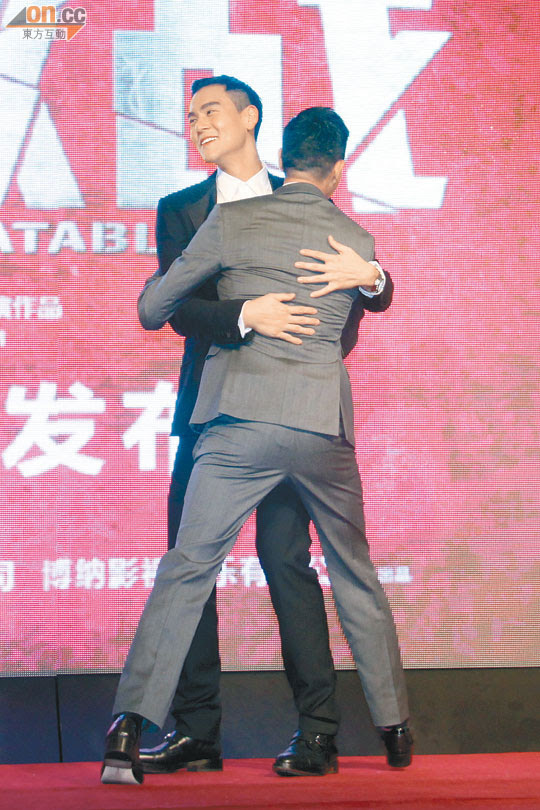 Cheung Ka Fai and Peng Yu-Yen in the film had many scenes together, including being locked up during training and during a flip Peng Yu-Yen accidentally kissed Cheung Ka Fai. Peng Yu-Yen joked, "After this accidental kiss, our relationship got even better." Cheung Ka Fai joked, "Luckily it was a kiss scene with an actor, otherwise I would have to prepare a report for my wife." They also demonstrated the embrace as their relationship was that of master and disciple. Cheung Ka Fai also said, "I worked on this film and my finger broke, I traded a finger for this film!"
Posted by hktopten at 7:28 PM