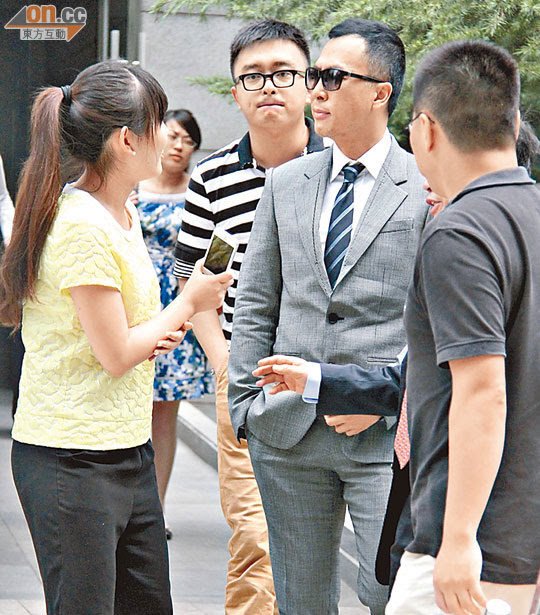 Donnie Yen Chi Tan yesterday appeared in Haidian district court in Beijing to personally appear in court for a lawsuit. He sued Mainland director Tan Bing (Originally named Geng Weiguo) for defamation and the case was being heard there. Yesterday the plaintiff and the defendant were both present in court, but there was no initial result. Mainland director Tan Bing last year twice publicly blamed Donnie Yen Chi Tan for his film JUNG GIK SAT MA (ULTIMATE DECODE) not being able to start production. Yen Chi Tan felt that his reputation was severely damaged and thus filed suit in February to demand a written apology and a compensation of 5 million RMB, the court took the case. After over two hours the trial ended. When Chi Tan left he said that everything was in the lawyer's hands. He believed that the Mainland laws will provide him with a reasonable and fair verdict. At the same time his legal representative said that if they win the case, the compensation will be donated to assist poor film students.
Posted by hktopten at 4:55 PM