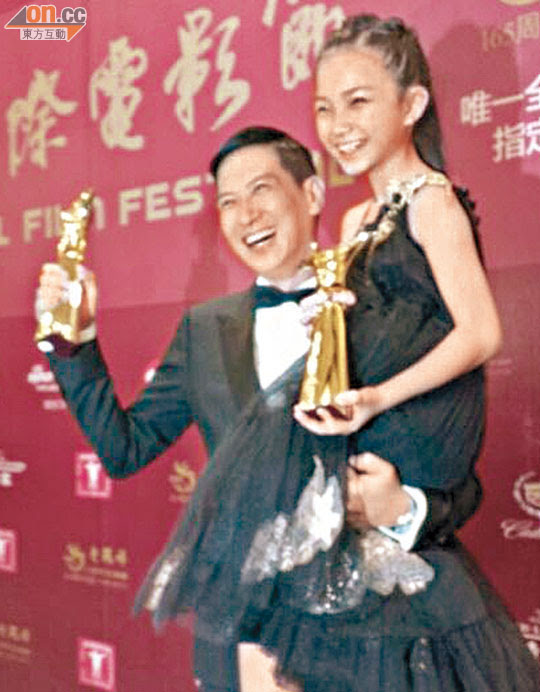 Cheung Ka Fai originally was working on a movie in Malaysia, but yesterday he rushed to Shanghai to attend the film festival. For UNBEATABLE's down on his luck fighter, he trained hard and even broke his finger during training. Winning Best Actor should be a comfort for him. Cheung Ka Fai said, "To win this award at the Shanghai International Film Festival is very hard because it's not just us. Many other countries participate as well, so I am especially excited about winning an award. I never expected that little girl to win Best Actress just now. She has already won Best Actress at such a young age, what will she do in the future? After winning this award, I still will keep winning hard."

Crystal Lee became the youngest Golden Goblet Best Actress. Because the microphone stand was set too high, she had to stand tiptoed to give her speech. Crystal Lee smiled fearlessly. "Good evening everyone! First I have to thank the director and the film company for giving me this opportunity. I also have to thank the teachers on the jury, thank you everyone." The host knew about Crystal Lee's knack for language and invited her to greet everyone in different languages. Crystal Lee greeted the audience in Malay, English, Japanese, and Cantonese and received thunderous applause. Cheung Ka Fai and Crystal Lee in the film played neighbors. Although they were not related by blood, they developed a father and daughter like relationship.