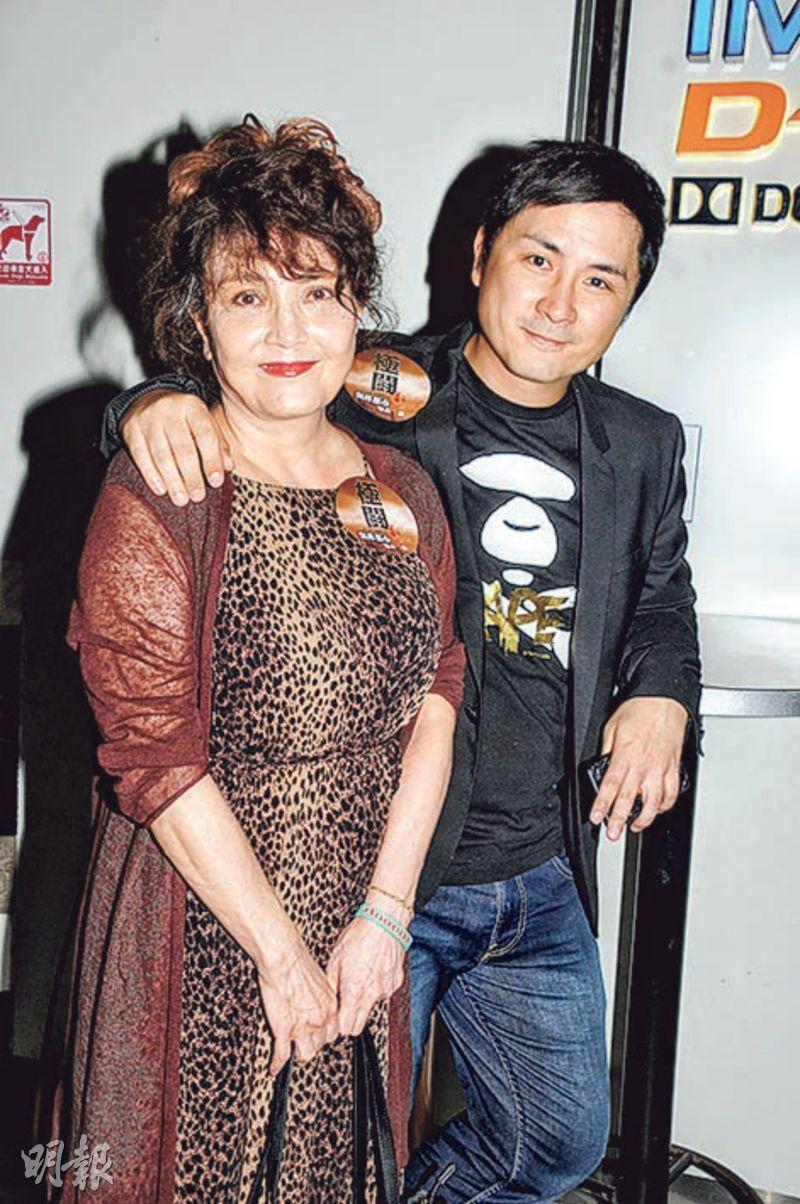 Although Wing Ho and Mommy only had one scene, Wing Ho still could not have been more nervous. He stated that he would be a little frightened in front of Mommy, not because she was mean but because how strong her presence was. Si Ming explained, "It's not about the presence, when I work with my idol I would have bad takes like crazy too. Like with Sei Gor (Patrick Tse Yin), I would be so nervous that I couldn't act. So I really understood what was happening with him, I just never expected that he would be this way with Mommy." Wing Ho said, "Mommy is my idol, so I would be scared! (Did Mommy yell at you?) No, but I was already scared just from a glance from her. (Did you ask her for any acting advice?) During rehearsal we would communicate, she would treat me like an actor.

Si Ming had nothing but praise for her son's acting. "He has always been great. Since he was little he already had quite a knack. He got into character very easily. Now he still has to work hard. I am not saying that his acting isn't good, I hope that he would have more opportunities to act." Would they want to work together again? Wing Ho joked that he had to complain to the director because one scene was too few. He hoped to be able to work together more. He continued that his mother had many highly difficult emotional scenes, which she was very strong with. He said that he would admit defeat to her. Next time though he hoped that the characters would be happy and lighter.

Yeung Yuk Mui said that in DRIFTING CITY she played the sister was a Down Syndrome patient. She had to cry in every scene and did not need to make up. She said, "I constantly cried so my eyes were swollen, after the shoot I was low as I couldn't pull out of the my character right away. I had to sit and settle down." The story was about the lower class and the film had to shoot on actual locations. So the film rented a very small and poor environment for the shoot. She said, "It had to be cleaned with bleach before hand, but after two days my skin still had reaction." She did not mind performing without make up because actors were not stars. She would not mind playing ugly characters either.
Posted by hktopten at 2:38 PM