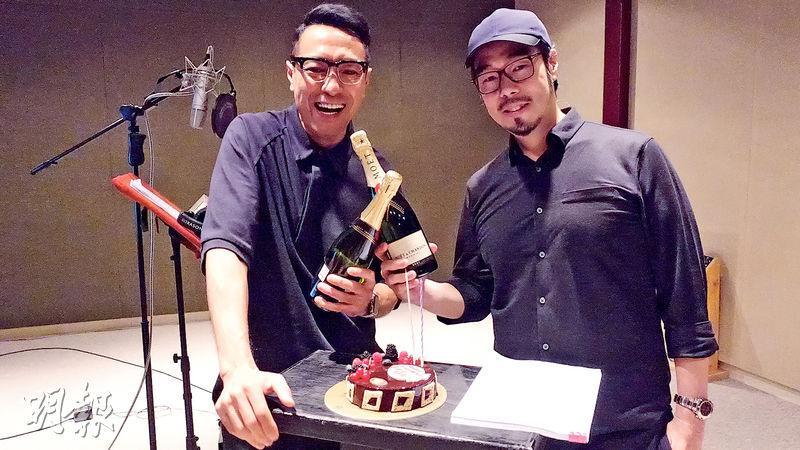 Recently Philip Keung Ho Man performed voice work for his film DYNASTY WARRIORS (JUNG SAM GOK MO SEUNG). Because both Hak Jai and director Roy Chow Hin Yeung had October birthdays, Hak Jai's manager earlier prepared a chocolate cake for them as a surprise. Hak Jai earlier worked on DYNASTY WARRIORS in New Zealand and could not forget the production wrap cake that Director Chow prepared for him. He said that when the New Zealand production wrapped, the cake that the director gave was very tasty. At the time he was on a diet but the sinful chocolate cake that Director Chow prepared tempted him.

Hak Jai said that during the voice work he felt the awe of the visual impact for the first time. Although he has played many costume priests, he was rather pleased with this long hair look. Director Chow said that Hak Jai played Zhang Jue, as Liu Bei, Guan Yu and Zhang Fei's first rival he had to have dominance. He hoped that the casting would give the audience a new surprise.
Posted by hktopten at 1:24 PM