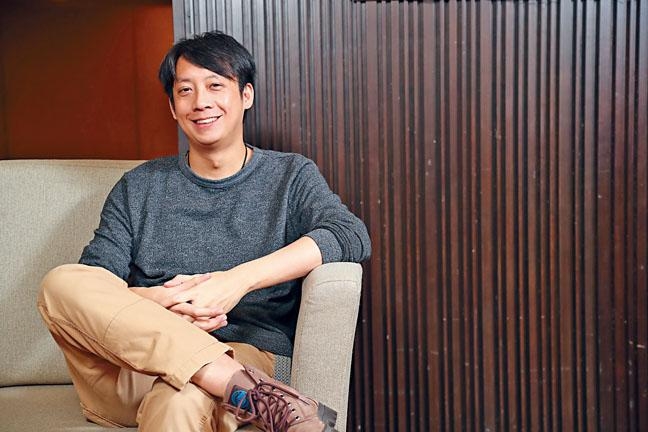 The Fung Chih Chiang (Fung Chi Keung) directed and written suspense A WITNESS OUT OF THE BLUE (FAN JUI YIN CHEUNG) starred Louis Koo Tin Lok, Jessica Hester Hsuan (Suen Huen), Louis Cheung Kai Chung and Cherry Ngan Cheuk Ling. In the story a fugitive was found dead in an industrial building but the loot vanished. The only witness to the murder was a parrot. As the police began its investigation it discovered a case within a case, from which the mystery of the murderer was uncovered.

Using a parrot as the only surviving witness of the murder, Fung Chih Chiang said that he had a parrot at home when he was little. When Mama was not at home and he would watch television instead of doing homework, Mama would find out anyway. Thus he suspected that the parrot told on him. He said, "If the parrot was the witness then it would know about the entire murder. The parrot only has the intelligence of a 5 year old and at the same time it has the ability to speak. I thought that Cheung Kai Chung as a cop taking a statement from the parrot would be pretty interesting, so the story developed from there."

Fung Chi Keung said that the parrot disliked heat. It had special personnel to care for it on the set, and a fan to cool it down. However Cheung Kai Chung was afraid of parrots but he had no idea. He said, "When I first discussed the script with Cheung Kai Chung, I told him that this character would act with a parrot. I even asked him if he was afraid of animals? He said no problem at all. I didn't know until later when I read his interviews." Shooting a jewelry store robbery scene at an actual location, Fung Chi Keung stated that since all the preparation was done before hand it went very smoothly. The only concern was rain. Instead the most difficult part of having a dozen or so actors appearing in this scene was how to express each person's personality and their connections. For him each scene would be about each character, even gun fights and action scenes would be able to express the characters' emotions. This film the most important difference between this film and other action films.

When choosing to write a suspense, did he consider that the audience would have an easier time getting into it? Fung Chi Keung said, "My method is to get into each character to look at the whole thing once. No matter the size of the role, I would look at the entire incident from a creator's angle. After getting into character I would naturally know what to do. I would pretend that I am Suen Huen, Goo Jai, Sit Hoi Kei, using every angle to look at this matter. Naturally the whole thing would come alive."
Posted by hktopten at 11:28 AM