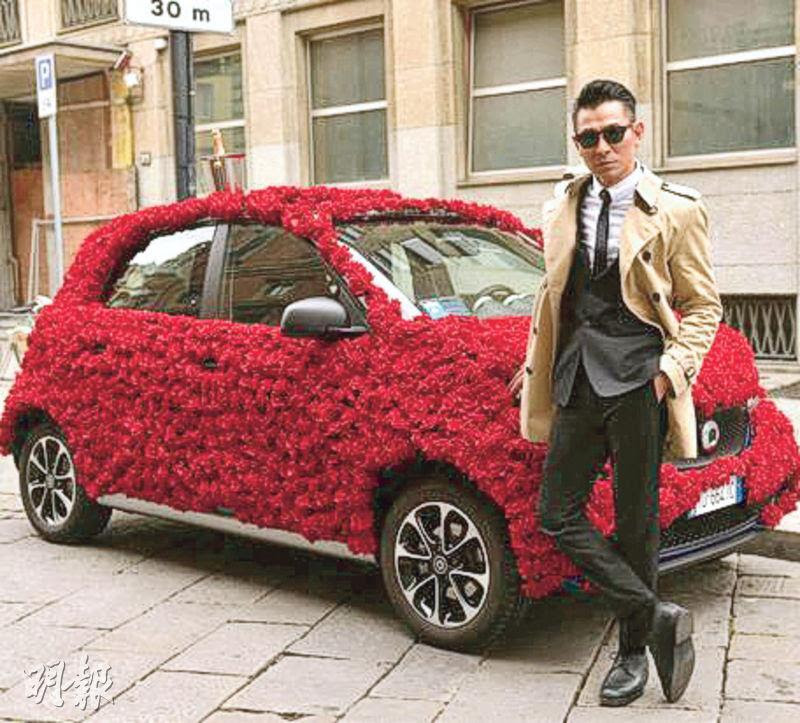 Andy Lau Tak Wa, Huang Xiaoming and Wong Cho Lam's film MISSION MILANO will open in the Mainland on October 1. In the trailer Lau Tak Wa took on Wong Cho Nam in three rounds of competition. In the "pajama" contest wa Jai slept in regular striped pajamas while Wong Cho Nam appeared only in a pair of Doraemon underwear. Wa Jai then put on an uniform while Cho Nam used his kill shot female disguise. The final contest was posing in the same coat.

Wong Cho Lam said that Lau Tak Wa was his idol. "I am already very handsome, but Brother Wa is even sharper! He really got to the height that he is at today for a reason, I have to learn from him and do every job well." Lau Tak Wa also admired Cho Lam and praised him as a serious comedy actor, with a lot of interesting ideas in his head. He joked, "I still feels I am a little sharper."
Posted by hktopten at 3:27 PM