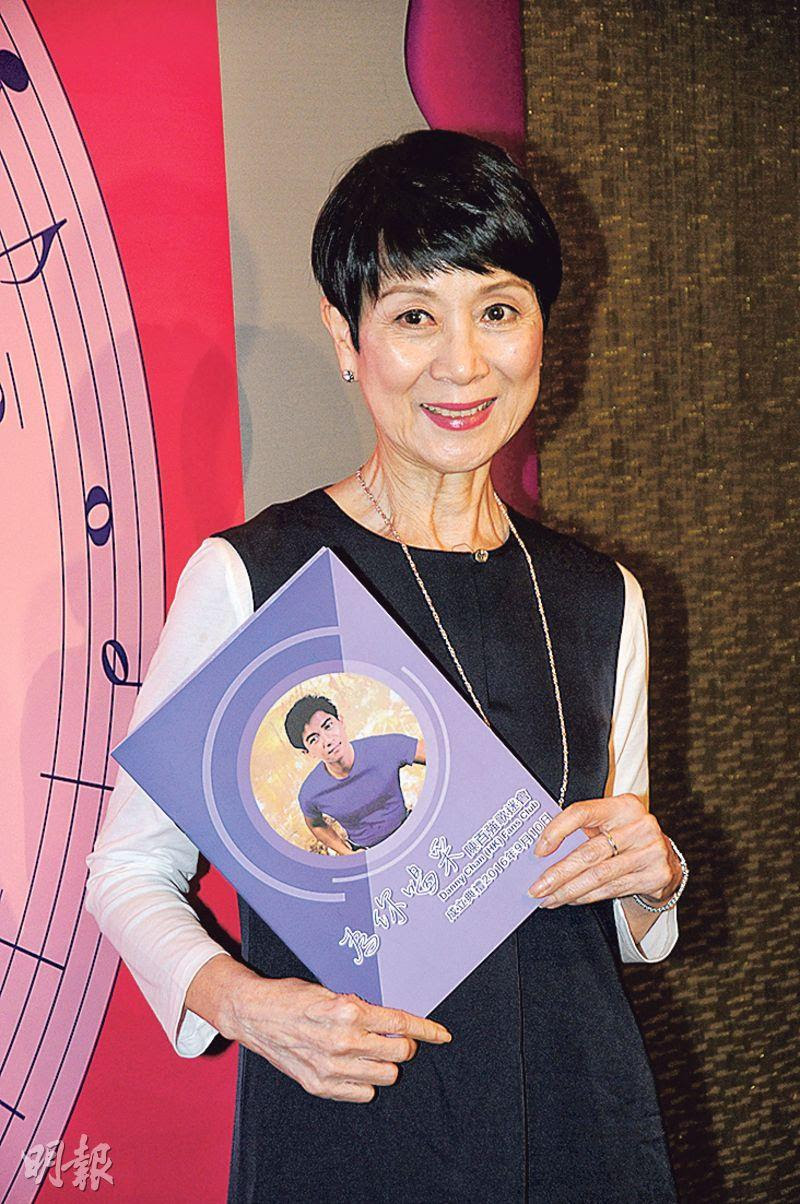 Yuen Kit Ying said that Chan Pak Keung was her idol, she was the happiest about him being a friend at the same time. "The most memorable was when he was a surprise guest at my birthday party. He not only presented himself as the gift but also brought a present, a scarf. I was lucky to get into the business and had a chance to come in contact with him. I also became a friend and went to his home, as a fan I was already very rich. (Which song was your favorite?) Too many, I prefer his non plug songs. I remember the most when he just released STARE, I listened to it from the beginning to the end right away. That night I ran into him, I praised his NO WAY TO CONTINUE FATE, he was very suspicious of whether I really listened to it and asked me on which side of the record and which number was the song on. I answered Side A fifth song. He was very happy and I proved that I wasn't just talk!" Was it very hard to find another male singer of this class? Yuen Kit Ying said, "I am very faithful, for years he has been my only singer idol. Of course, I listened to other singers but he was only one I fantasized about dating. (Did you ever tell him that?) I didn't dare. After we got to know each other I only dared to observe from afar. When we sat at the same table my heart would pound; if I told him, he wouldn't be my friend anymore. When he knew that I was a fan he would mess with me too and deliberately made me feel jealous, but I also turened very cool."
Posted by hktopten at 5:08 AM