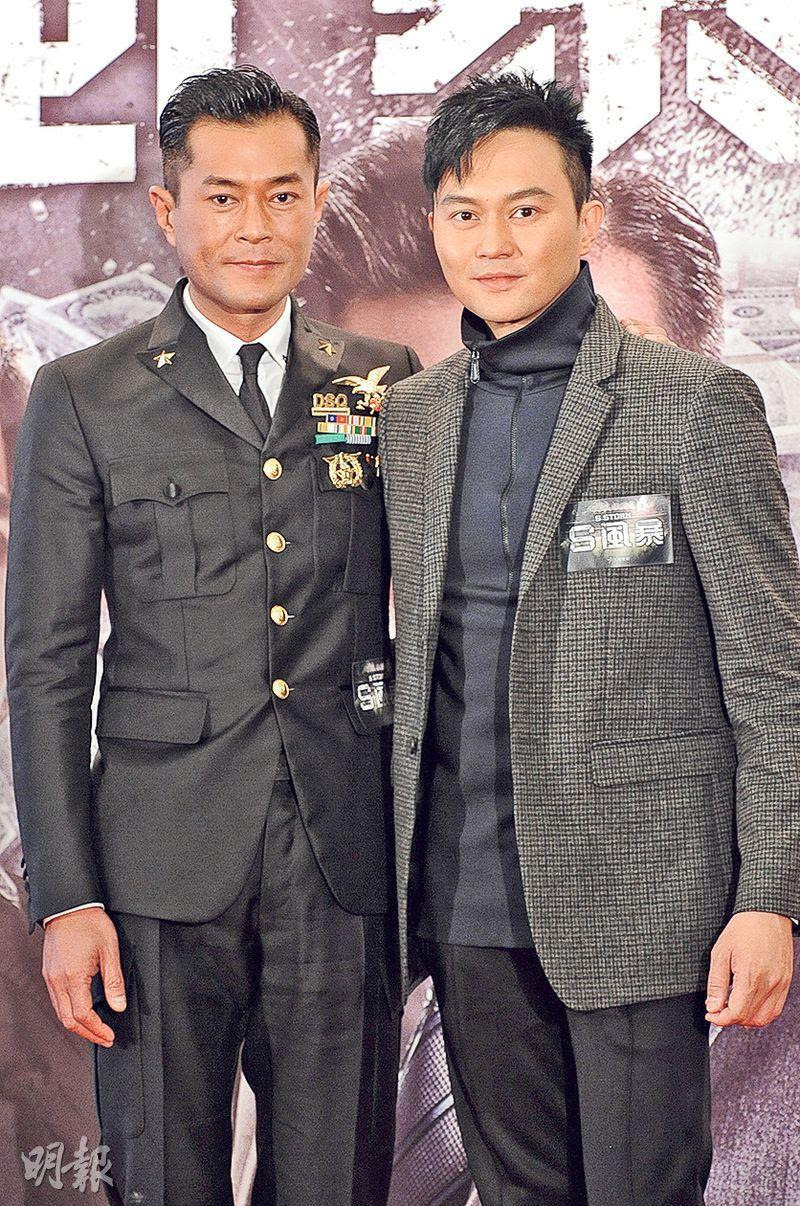 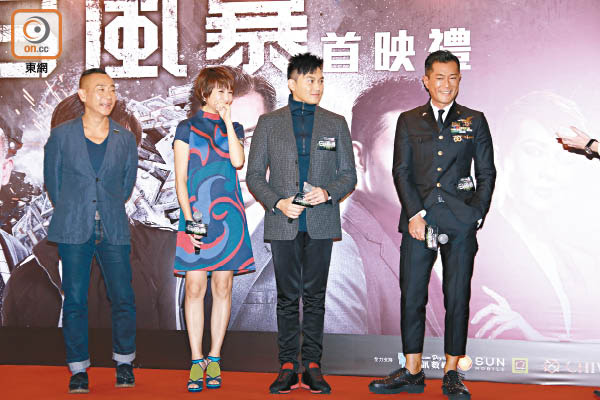 The new father Jai Jai was unable to make an appearance but he sent a video to share his experience on the new film.

Working together for the fourth time, Goo Jai and Chilam worked together in the 90s television series COLD BLOOD WARM HEART. In the series they fought over a girl, whom Ada happened to play. Chilam revealed that over 20 years ago during the Mid Autumn Festival he and Goo Jai went "wax burning". Back then Len Len (Anita Yuen Wing Yi) also took part. Chilam said, "It was my first wax burning. When we made series back then it wasn't as hectic as it is now. Everyone would get together more. (How would you spend the Mid Autumn Festival?) I have to go straight to work in Shanghai." Goo Jai completely forgot about the wax burning. He would not have to work on the Mid Autumn festival. He would stay home and celebrate with his family. He said, "I try to get the major holidays off. (Would your mother urge you to bring the other half home for the holidays?) No, usually only Pa and I are eating at home, Ma is very busy and has a lot of activities."

Earlier Goo Jai and friend Leo Ku Kui Ke recorded the late superstar Leslie Cheung Kwok Wing's hit PAST LOVE for Gor Gor's 60th birthday. Goo Jai said, "Back then Gor Gor lent me a hand, Gei Jai and Tang Yat Kwan all wanted to remember Gor Gor. The recording process went very smoothly. (Would you sing again?) No, this time is already an exception." Chilam said to Goo Jai, "Next time I definitely will invite you to be my guest at my concert!"

Tomorrow will be Ada's 43rd birthday. She said that this was already her fourth cake. She would celebrate with her family on the actual day. She also complained about her husband Max Zhang Jin's lack of romance and inability to create surprises. "Present or not is not important, if I want something I would say it. This year I mentioned it, it had to be ordered. Europe still doesn't have it yet. Let's see if I will get it then." Will she have another child? Ada said that she has not thought about it, as she would not make trouble for herself.

Speaking of her friend Monica Chan Fat Yung was accused of lying during the pageant and Monica later responded online, "Sour grape." Ada also commented in support of Monica and said the incident "nonsense". Was Ada mad? She stressed, "I worked in Beijing for over four months without really looking at the news. When I saw Monica's post, I posted what I felt. I really love Monica. It's only about the incident. Talking about something that happened over several decades ago was meaningful, bringing up the past doesn't matter, just don't hurt others." She said that she knew Isabel Leung Pui Wu and they were not close. She would ask for the truth behind the matter.
Posted by hktopten at 6:32 PM