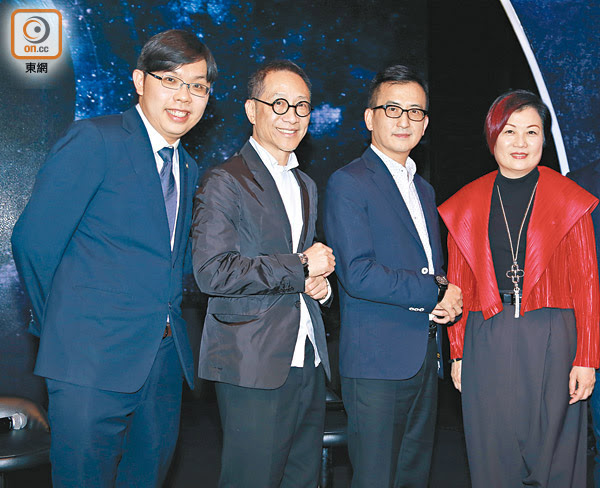 THE STORM SHOW 5D actor Patrick Tam Yiu Man, producer Chan Suk Fun yesterday attended comic book creator Ma Wing Shing and local designer Alan Chan Yau Kin's STORM series tourbillon watch event. Tam Yiu Man said, "In THE STORM SHOW I play 'No Name', an authentic grandmaster. When I got the script I was very excited and honored. I also knew the production cost would be very high. The Hong Kong run wouldn't be enough to break even and the show would have to be performed overseas." The show will begin its run in April next year. He was very happy that Hong Kong would be able to have an outstanding musical that would be able to represent Hong Kong people.