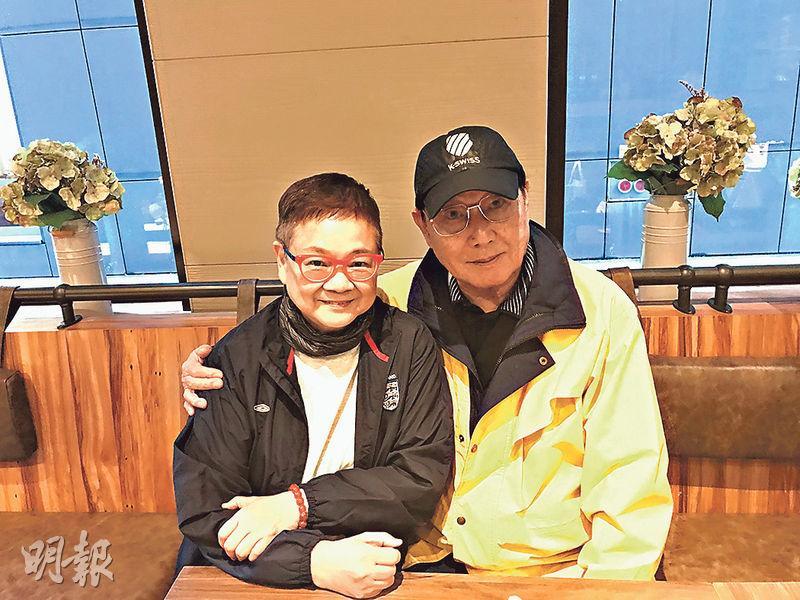 Wong Man Ling wrote, "This Taipei trip has been a very full harvest. I ate well and lived well, even took the chance to see several old show business friends. Can everyone guess who I would see today? Do you recognize him? He is Lui Kei." Wong Man Ling said that they chatted for an afternoon, as Lui Kei told her the story of him making his first Cantonese film MY DARLING WIFE (GUNG JI DOR CHING) in 1965. She wrote, "MY DARLING WIFE made him an overnight sensation. He thanked Nam Hung, Wong Man Lei and Sir Run Run Shaw for their assistance, for which he would always remember. Originally named Tong Kok Man, his stage name was Lui Kei. He said, 'Because my idol at the time was Fu Kei.'"
Posted by hktopten at 3:19 PM