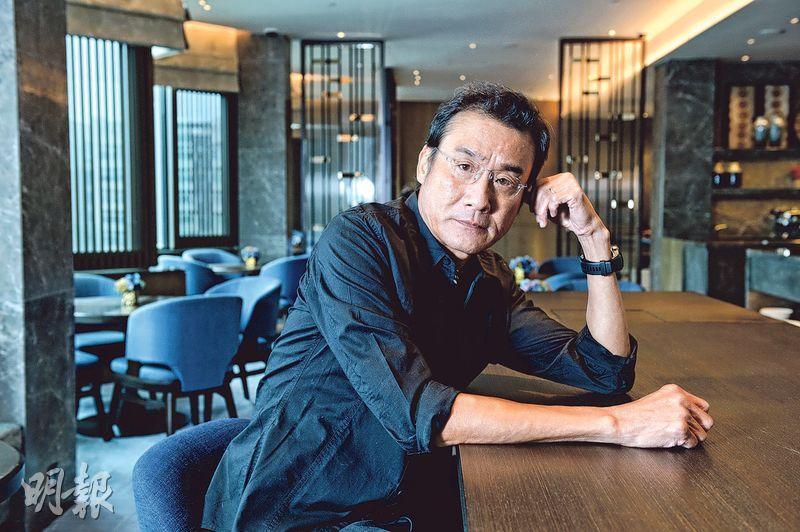 In the film CHASING THE DRAGON II: WILD WILD BUNCH (JUI LUNG II: CHAK WONG), Leung Ka Fai played a crime lord. He pointed out that this character had no background for research. Everyone did not see his actual face until he was arrested. Thus despite other actors having played the role before, impersonation would be hard. The performance relied on the creativity between directors and actors. However this time producer and director Wong Jing before the shoot already had a fifth draft. He had even more time to prepare and construct the character.

Ka Fai admitted that this shoot has been very tough as well, because the entire film was shot on location in Shenzhen and Huizhou. The film also had a series of gun fights and highway chases. He said, "While shooting on the highway steam was rising due from the heat, without needing a smoke machine we already had special effect!" However the most memorable scene for Ka Fai was a scene in which he sat at a pool table and split a durian for the brothers. "I like durian, but due to different angles I had to eat it in every shot. I really had too much. When I gave it to the brothers, they spat it out when the cameras were on me or threw it in the ice bucket. So far I still haven't had durian again. Earlier when I went to Malaysia, I saw durian and turned around immediately. I already had a little phobia!"

However Ka Fai was the happiest about being able to work with his ELECTION (HAK SEH WUI) brothers Simon Yam Tat Wa, Louis Koo Tin Lok and Gordon Lam Ka Tung. Best Actors reunited 14 years later. Ka Fai joked, "We all have gone legit, dividing up roles like cops and robbers but getting back together is a lot of fun!" Has everyone matured? Ka Fai said, "If after over 10 years we still aren't grown, then we really have to go home!" He admitted that among the four brothers Brother Wa was the most different. "Now his daughter is so big. As soon as we see each other we talk about our daughters. When I was with (Michael) Wong Man Tak, as soon as we got together we talked about getting girls. Now I talk with them how to raise girls!" Ka Fai sentimentally said that now he was waiting for Goo Jai and Ka Tung to hurry up and wed, "I am constantly rushing them to get married, every time I see anyone I would rush them to wed!" Would he introduce anyone good to them? Ka Fai joked, "Sure, some of those around my age are still single!"
Posted by hktopten at 6:12 PM