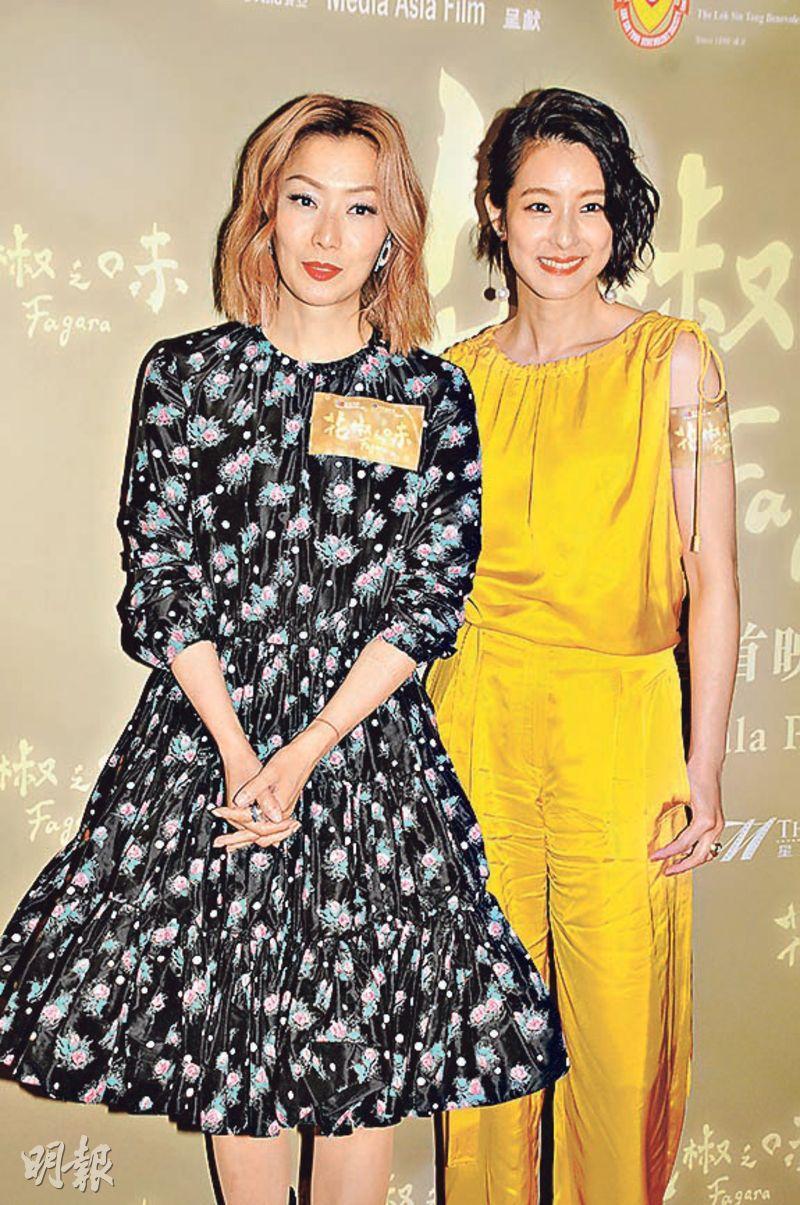 Sammi Cheng Sau Man, Megan Lai and Bryant Mak Chi Lok two nights ago attended the film FAGARA (FA JIU JI MEI)'s charity premiere. At the premiere Sammi showed off her friend Ng Siu Fong's homemade chili pepper oil and praised Ng Siu Fong's cooking. After trying her completed product, she invited her to produce a limited amount for charity. She thought that this collaboration was very meaningful. Because she did not know how to cook well, she was better off jus singing a duet with her. She also said that FAGARA was just like Ng Siu Fong's experience, life did not just have to be spicy and conceivably a lot of it would be sweet. Sammi also said that she did not have much of a taste for spice, especially spicy hot pot. She was afraid of being flatulent after having too much of it, thus she would only have it occasionally. However her co-star Megan Lai loved spicy food. She said that the film was a tear jerker. Many viewers could not help but cry after watching, as the film tested the ability of holding back tears. Sammi said, "In the film the family after some friction forgives each other and lets go of the past. The scene with Megan and Mama was very touching. During the shoot and the voice work I couldn't help but cry. (Did your husband Andy Hui Chi On cry?) He hasn't seen it yet at the movies, but when we watch a touching movie together usually I would cry first. I am no crybaby though."
Posted by hktopten at 5:54 PM