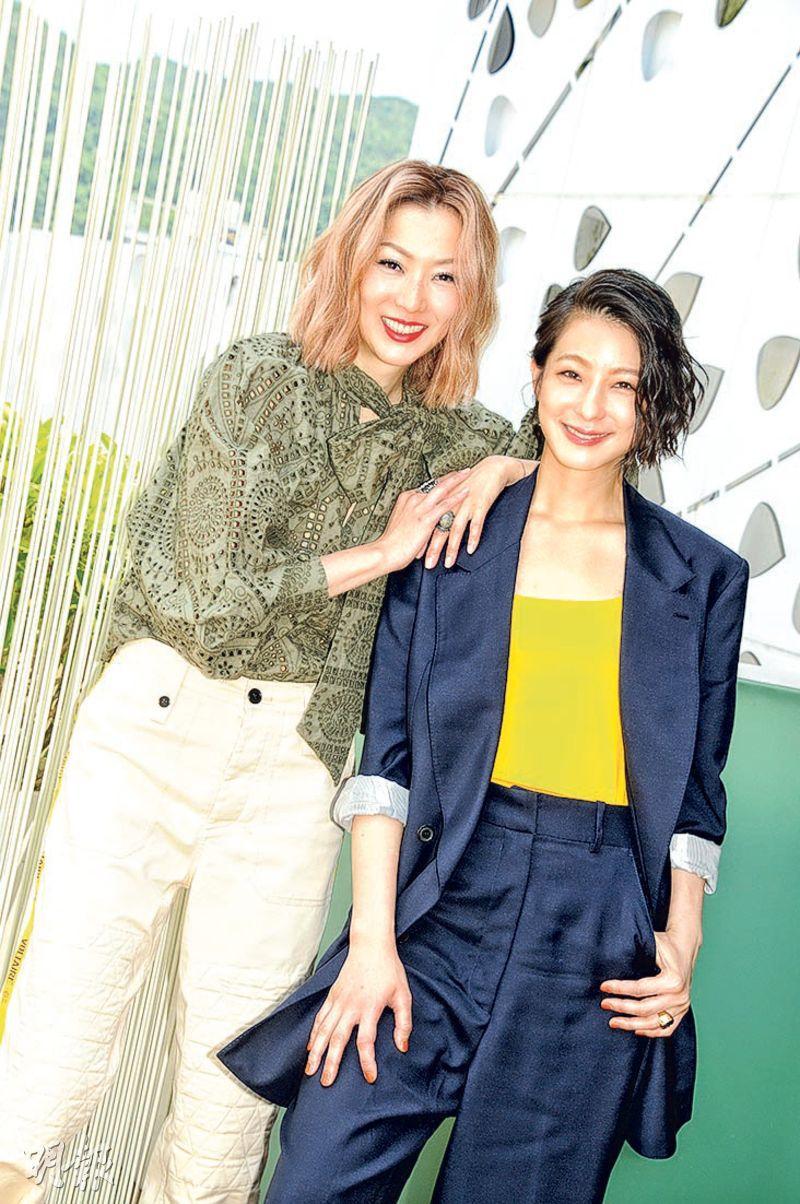 Conceivably many people would get loud with their families; Sammi Cheng Sau Man and Megan Lai would like to remind everyone with their new film, the closer people are the more you should care about them. In addition you have to be filial while you can.

Cheng Sau Man and Taiwan star Megan Lai starred in the new film FAGARA (FA JIU JI MEI), which officially opens today. The film was about family. Sammi, Megan Lai and Li Xiaofeng played 3 sisters with conflicts with their parents. In particular Sammi in the film had a huge difference of opinion with and hatred toward her father. Through understanding, the severely fractured relationship was repaired. Sammi said, "This film is entertaining because it is flesh and blood. In real life many family relationships have a lot of love and hate, mutual misunderstanding; in misunderstanding there is also a lot of love and care, only that they don't know how to express them. They created friction and disagreement between generations and turned into hate. As long as there is love, no matter how bad the relationship is it can be fixed."

The film theme PROPERLY TALK was Sammi performed. Sammi said, "The film brought out some very important messages: how to forgive, resolve, care and cherish. Particularly in the place and time we are in now, these are very important topics; in addition if you have something to say you have to have a 'proper talk', because in any relationship, that is very important. It is also one of the great wisdom in life." Sammi even reminded everyone to have proper talk with their families while they were still around, otherwise talking to a grave would already be meaningless.

When asked if Sammi was able to have a proper talk now? She humorously said, "In comparison to when I was younger, I felt that I have greatly improved. Maybe 'the fire has gone out' now that I am older; maybe I really was very frustrated and explosive, but now I no longer know how to turn the fire on!"

Sammi and Megan Lai both said that their relationship with their families have been great, different from their characters' super reserved personalities. Sammi stated that she was very direct at home. Since she was little she has been hugging her parents with fiery passion and would talk with them about anything. She saw her parents as her life coaches. "From Father I learn how to face difficulty. Even now when his health is less than great, he still would use positive thinking to consider life; Mother is already 80 but she still keeps on learning. She loves to play with her mobile phone, staying up to date without losing ouch. However Mother has no artistic gene at all, so I believe my artistic and determination genes came from Father." Megan also pointed out that she was very close with her parents, but also because she and her mother were too similar they would easily have friction. However they tended to have small disagreements and they all started with love.
Posted by hktopten at 1:21 PM