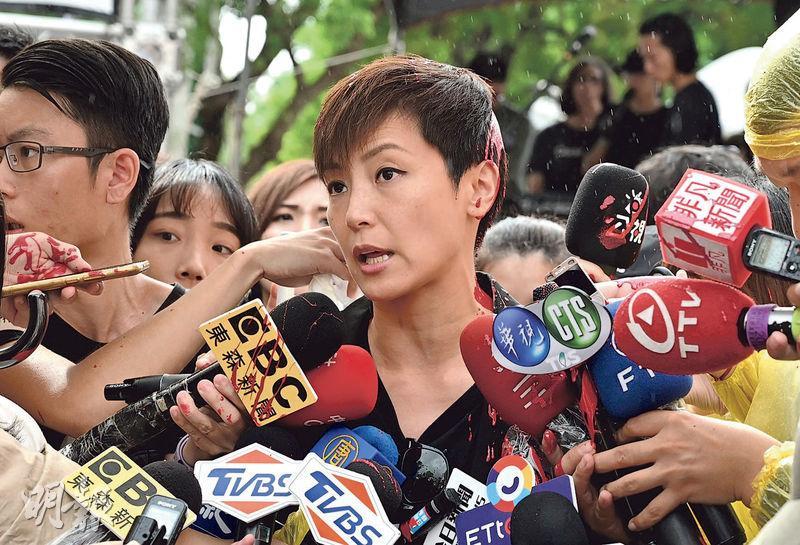 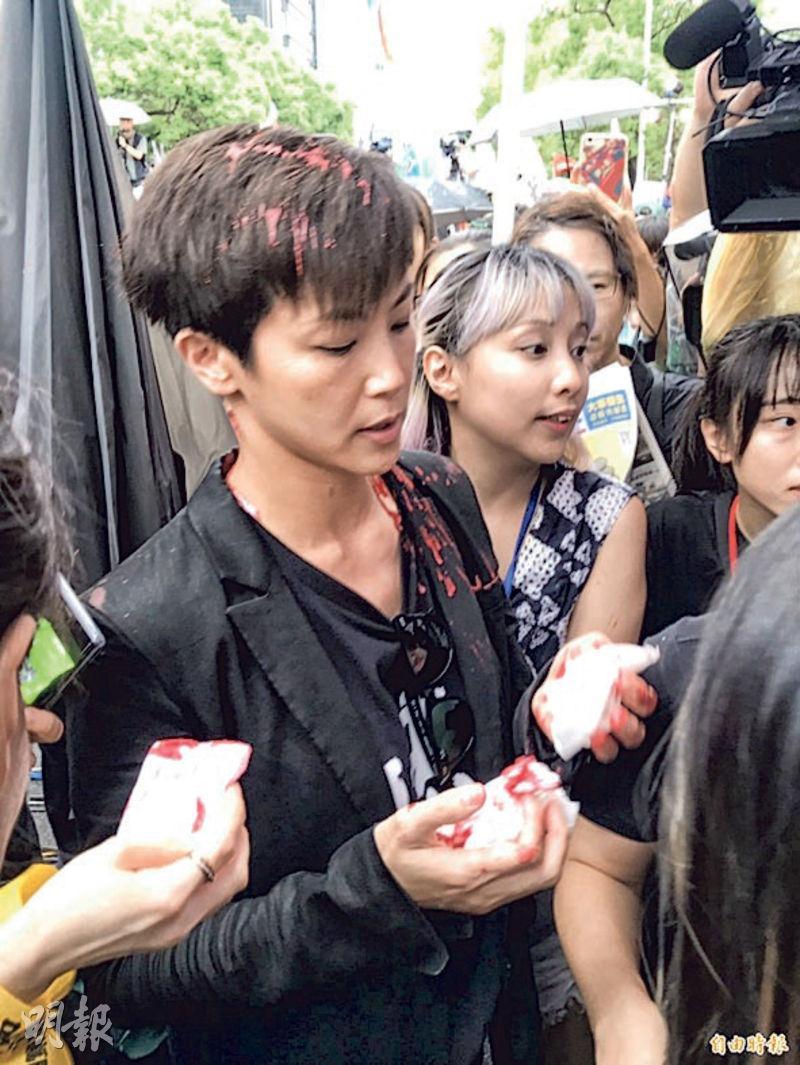 Denise Ho Wan Sze over the past few months has participated in the anti extradition amendment movement, spreading the pleas of the protesters and Hong Kong's current status around the world. Yesterday she went to Taipei for the 929 Taiwan and Hong Kong March to support Hong Kong's fight against totalitarianism. When she spoke to the media suddenly people threw red paint from behind. She remained calm and continued the interview, as she condemned the act as suppression and threat that she would not back away from. Later she held a press conference and called the behavior low and violent, condemning it as "red terror" and something that she would certainly take action against. Taiwan president Tsai Ing-wen said that the attackers would be punished severely and warned against any challenge against Taiwan's democratic rule. The police took away two attackers at the site. Reportedly they were members of the Chinese Unification Promotion Party.
Posted by hktopten at 3:22 PM