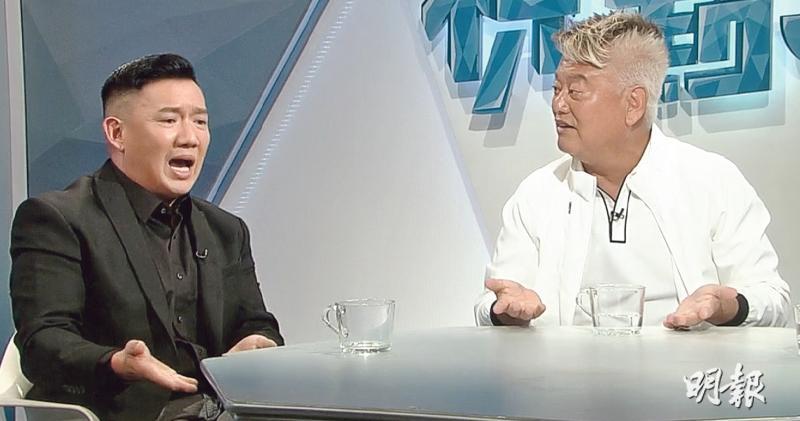 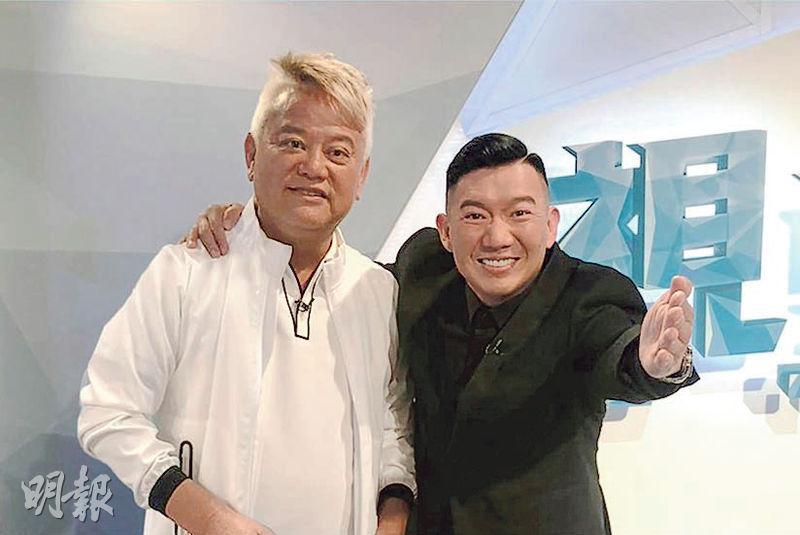 Nat Chan Pak Cheung and Chapman To Man Chak had different opinions on the anti extradition bill storm. Yesterday they both appeared on the RTHK program to discuss the topic. After the news spread two nights ago it caused a stir, as some online set betting odds. Yesterday Ah Lek and Ah Jat directly faced off, one wore white and the other black in contrast. The RTHK facebook live show had over 270,000 viewers. On the program Ah Jat appeared upset many times and directly accused Ah Lek as inhuman for supporting the police using live gun fire. Ah Lek responded, "Loud doesn't mean right, upset doesn't mean correct." Ah Jat after the program ended called Ah Lek a jerk, forgetting what he has said before, and described him as a waste of breath. Ah Lek said that Ah Jat was unable to absorb anything.

The live debate between Chan Pak Cheung and To Man Chak caught attention. They both said that they did not make any special preparation before hand. When the program began, the host asked how many concerts and large scale programs were cancelled in Hong Kong? Ah Jat felt that during a civil war, entertainment could not be more trivial.

Ah Lek said, "These past few months have been tragic for Hong Kong. Since I was born I have never seen Hong Kong like this. I saw violence." He felt that education brainwashed young people and said that young people were unfamiliar with history and had no in depth knowledge of the nation and Putonghua. Ah Jat responded, "The focus isn't about history. The five major pleas are very clear. The cops are becoming more and more violent, 70% of the people don't trust the cops. Yet you support the cops." Ah Lek said, "I can't see how violent the cops are, if young people didn't attack the cops why would the cops use violence? The cops is subduing violence with violence."

Ah Lek once said that if he was the police commissioner he would use real live fire. Ah Lek said that he still supports the use of real guns, referring to open fire at a life and death situation. He said that everyone supports the U.S., where the cops shot the homeless. Ah Jat angrily said, "In the U.S. you can buy guns. The U.S. is a people elected nation, but Hong Kong is using emergency law and has no people elected government." Ah Jat even said that supporting shooting is absolutely inhuman. Ah Lek lightly said, "Loud doesn't mean right, upset doesn't mean correct."

When the subject turned to the "7-21 Yuen Long incident", Ah Jat said that when the police arrived that day and faced with people in white hitting people, they not only not open fire but turned around and left. Ah Lek said that at the time there was no offensive weapon, only bats and sticks. What he saw were only fights, how could it just be an one sided attack? As for forming an independent investigation council, Ah Lek felt that after the matter settle independent investigation could take place and investigate the entire matter clearly.

The host also asked about artists running into suspected white terror and their contracts were not renewed. Ah Jat stated that nothing could be done. "The market is theirs, not welcoming you to sell your singing or your art is their prerogative." Ah Lek defended, "People have to have independent thinking. I support the police, what I have seen is correct. I feel the police is only protecting our lives and asset. They have become stuck in the middle, as they have to go to the front line." As for artists becoming flag protectors, Ah Lek said that he has never been a flag protector but said that protecting the nation is justified.

After the program ended Ah Jat left. He said, "When people argue, basically they have to have something to argue about. The most terrifying part about him is not remember what he just said. (Ah Lek is a jerk?) A jerk obviously, the scary part is having no memory. You watched the live broadcast. He would just finish saying something then turn around and forget what he just said. He has no logic at all, that type of scary. (Are you very upset?) Yes! (How would you describe Ah Lek?) Waste of X breath."

Ah Lek said that he had no "blue or yellow" differentiation. Anyone displeased with the government could protest peacefully, but he disliked violence. Violence from either side was bad. If the police used excessive violence it would be bad, but he could not see the police using excessive violence. As for an University of Science and Technology student falling off a building, he said it was a tragedy. These few months all have been a tragedy. His heart ached the most for the students, what they were after was not what they truly wanted. They did not need to make needless sacrifices. Ah Jat said that talking with him was a waste of breath? He felt that he got a lot from this talk, but Ah Jat was unable to absorb anything.
Posted by hktopten at 4:23 PM