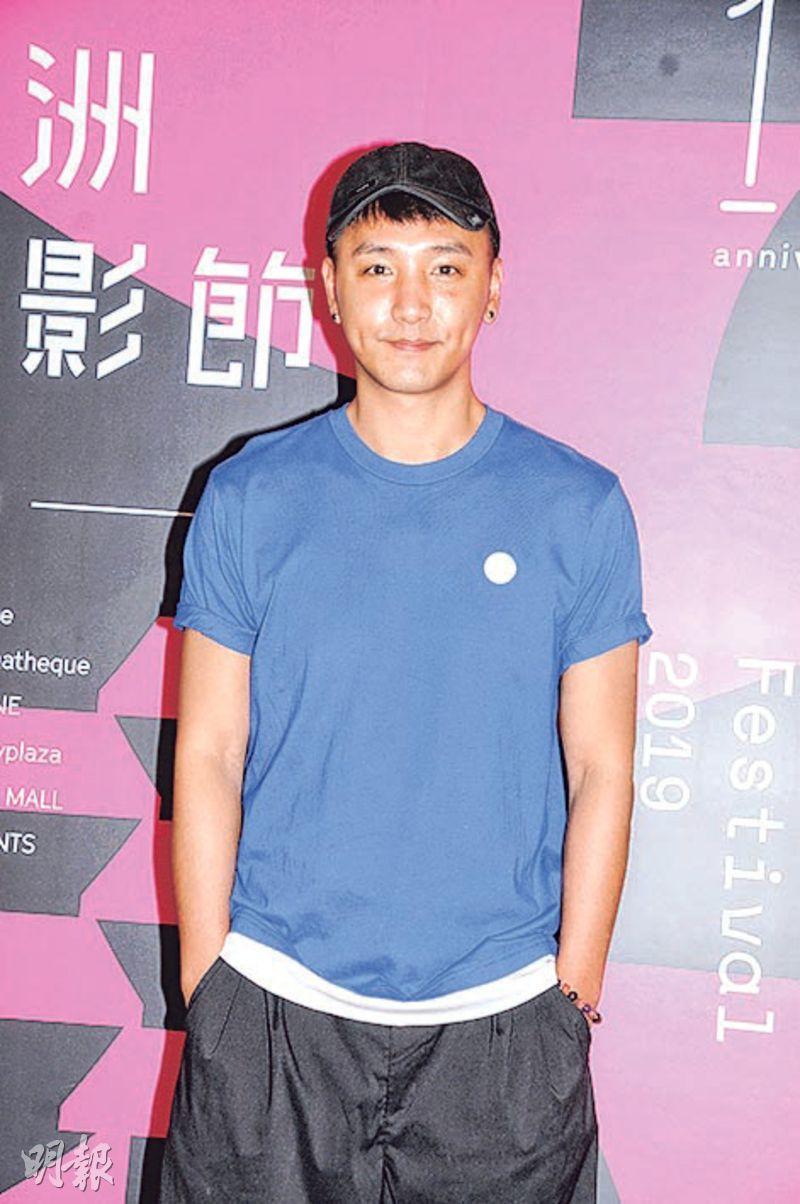 Lam Yiu Sing, Gregory Wong Chung Hiu and foreign actress Kate yesterday attended their film MEMORIES TO CHOKE ON, DRINKS TO WASH THEM DOWN (YEH HEUNG YUEN YEUNG SHAM SHUI PO) screening. This was Lam Yiu Sing's second screening. He felt happy to see the decent audience response. Because the film was about Sham Shui Po toy story history, everyone was able to relate and reminisce. As for the anti extradition storm led social instability, he said that his workload for now has not been affected too much. Next week he would begin work on a short film. He said, "It will shoot in Hong Kong, mainly indoors as not street shoot would be needed. I will play a wedding gown designer and work with a new female singer. However I won't have any intimate scene." Lam Yiu Sing earlier made 3 movies, none of which has set release dates. However as an actor, he did not worried too much about that. He only knew that if they were released he would try to coordinate with the promotions.

Wong Chung Hiu in the film played a secondary school teacher. He lamented after 1997 Hong Kong has changed so much, like culture and system. He felt that they needed to be cherished. In particular something would always happen in the Sham Shui Po district, leading to many small stores' evening business being affected. However he insisted on going out with friends at night, which would prop up the Hong Kong economy. Since he and his friends were all busy, when they met they definitely wanted everyone to be safe.
Posted by hktopten at 6:00 PM