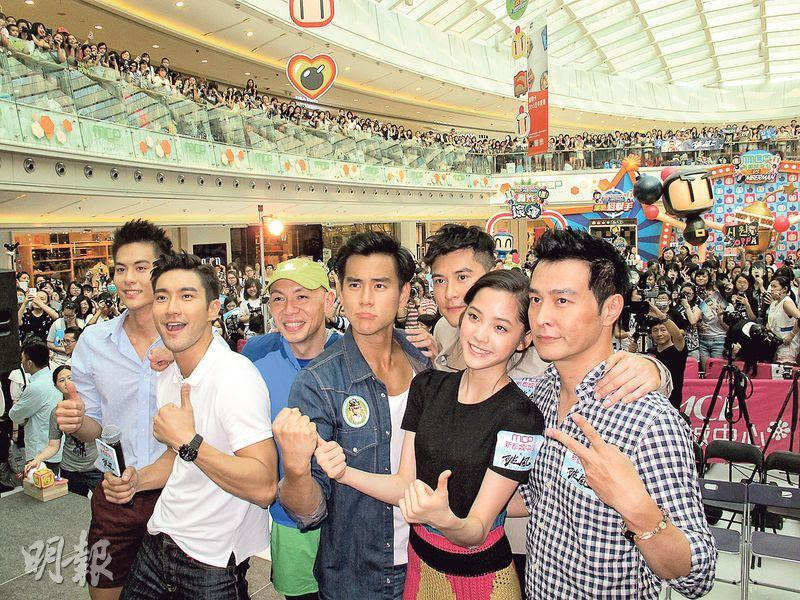 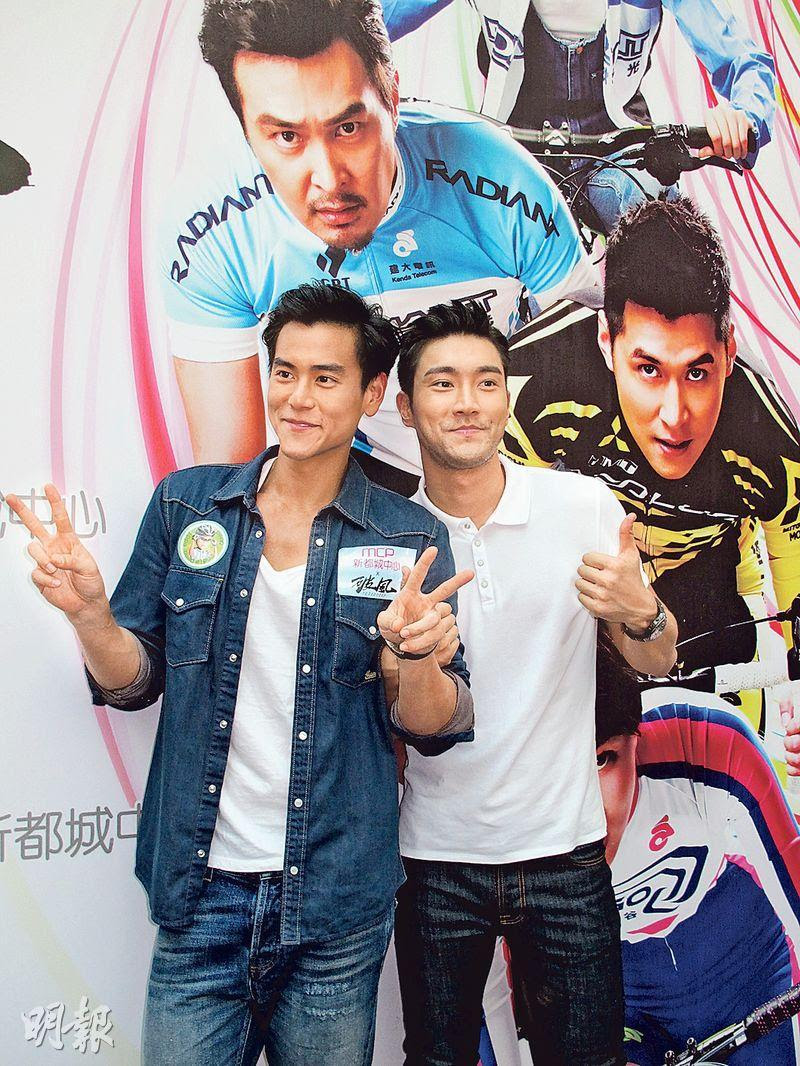 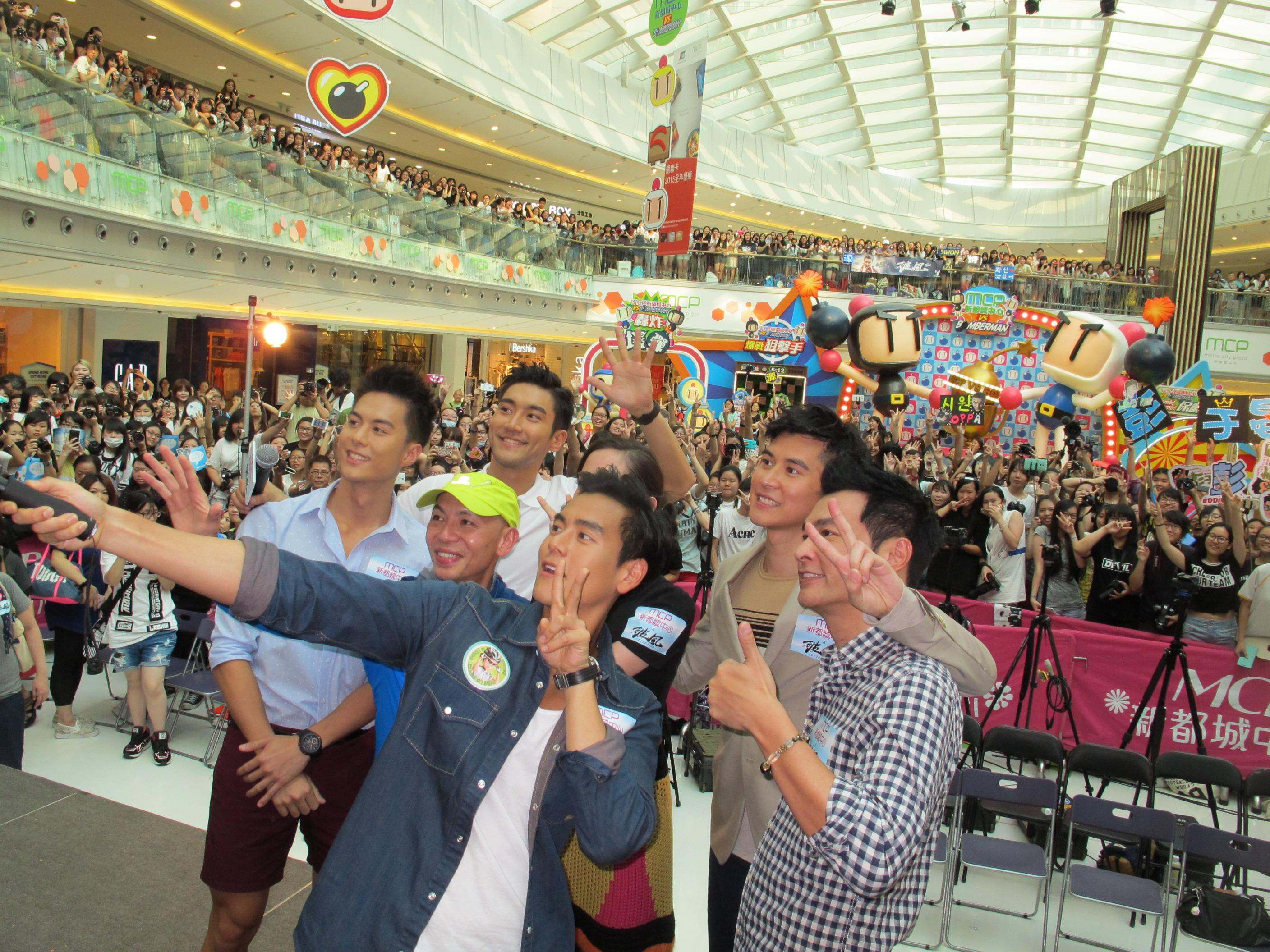 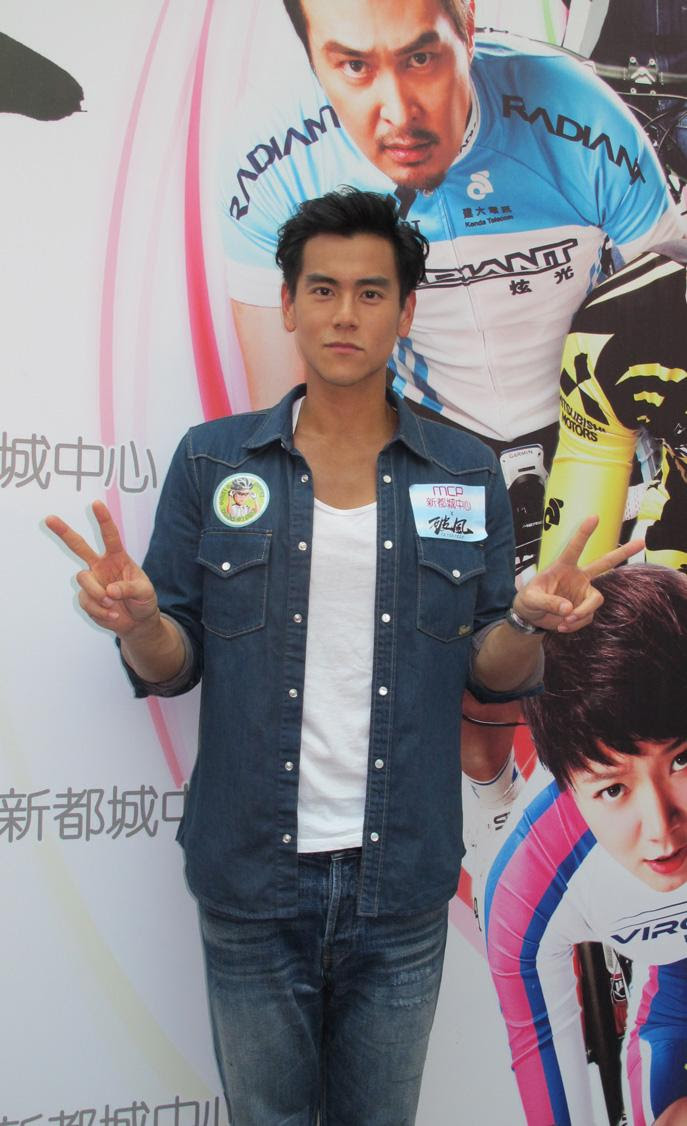 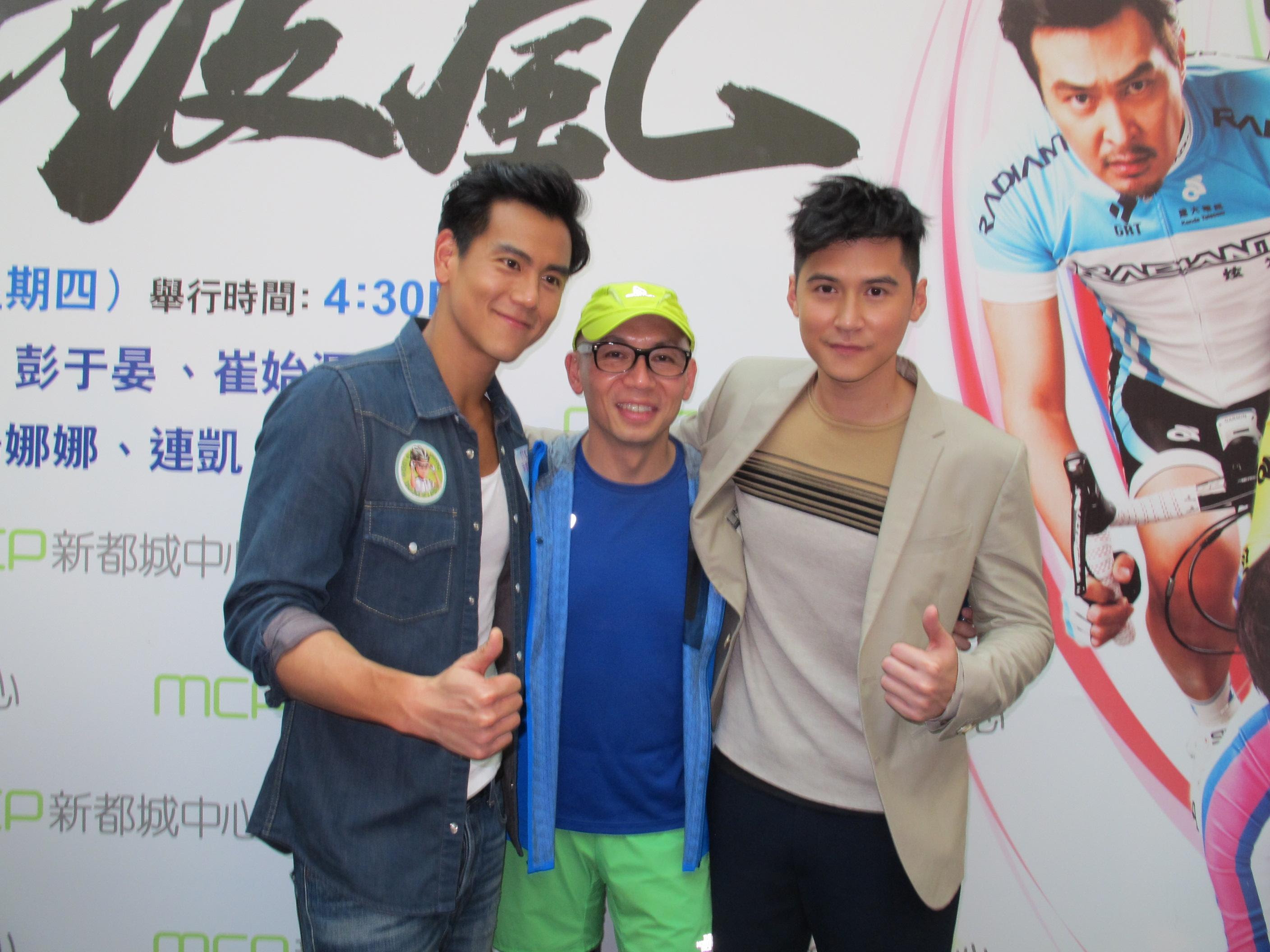 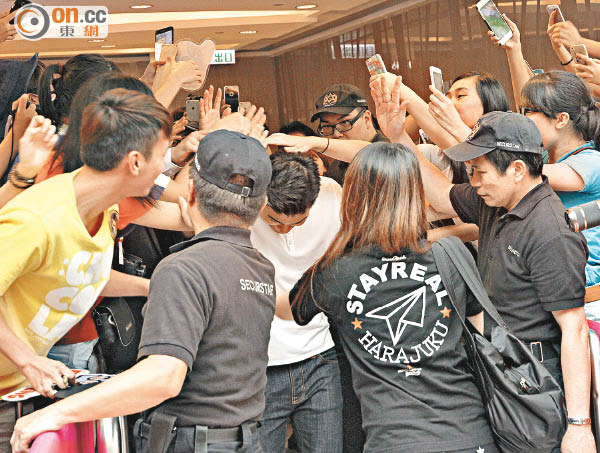 When the actors entered they went through fan filled passageways. Si-Won and Peng Yu-Yan both were hit in the head with fan signs. The Korean Si-Won said in Cantonese, "How are you, I am Choi Si-Won. How do I look? Are you free tonight? If you have time, let's go to the movies!" Fans shrieked again. After the event, female fans missed Si-Won and succumbed to tears.

Si-Won said about crying fans. "I am crying too. When they cry I cry too. Actually military service is very important to Koreans, but I will see everyone very soon. Don't forget me." Earlier Korean star Song Seung-Hun and Mainland star Crystal Liu Yifei admitted their romance. Si-Won said that he and Song Seung-Hun are good friends and he wishes him happiness. Some hoped that he and Mainland model Liu Wen would publicize their romance as well. Si-Won immediately said that he was promoting TO THE FORE and would not talk about anything else. Would he publicize it after the promotion? He joked, "Let's watch the movie."

Peng Yu-Yan said that yesterday he came from Kaohsiung to promote in Hong Kong. Although the schedule was very tight, he did not feel tired at all. Instead he was very excited about the film release; he also said that in Hong Kong he and director Lam Chiu Yin went cycling. During training he went to Tai Mei Tuk, Tai Mo Shan and Kowloon Peak. He felt that the road to Kowloon peak was the most tiring but very stimulating. Would he consider competing in a race? He said, "Let's go." The director joked, "Let it go."
Posted by hktopten at 6:25 PM