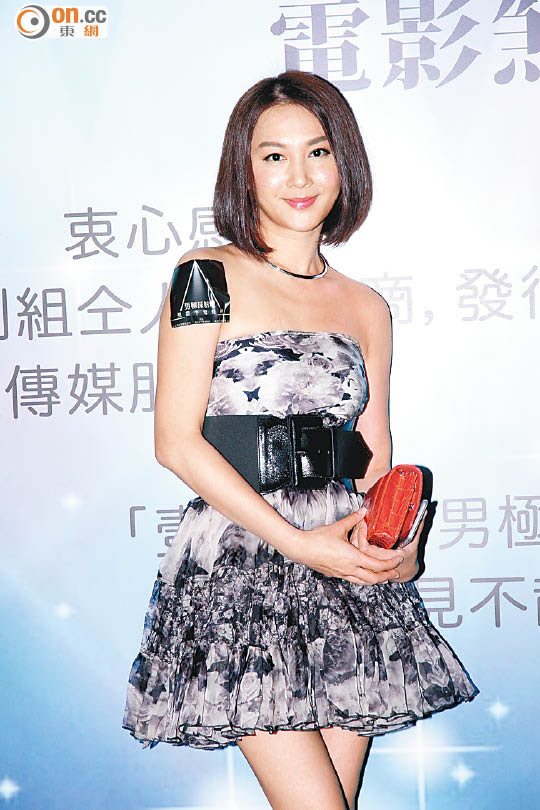 Artists Don Li Yat Long, Yeung Tsz Yiu, Eddie Pang Wai On two nights ago attended the film NAM GIK TAM SEH DUNG wrap dinner. Don who was accused of using his former partner and rumored girlfriend Mandy Chiang Nga Man to promote stressed that he had no such intention. "If I want to I would take advantage of the ones who are working in the Mainland! Everyone's direction and method of thinking are different, I don't need to explain. It's very funny, maybe because lately there hasn't been much news." He also said that he has never admitted that they were a couple, they were only company arranged partners. "I don't know why everyone has been numbing themselves, like they switched to another channel and couldn't heart."

Yeung Tsz Yiu was asked about Gloria Wong Yung's tearful explanation of being misunderstood about the "third choice" for the lead actress role. She said that Wong Yung called her to explain and actually it was something minor. Pang Wai On's right wrist was already 90% recovered but he still could not exercise.
Posted by hktopten at 10:03 PM