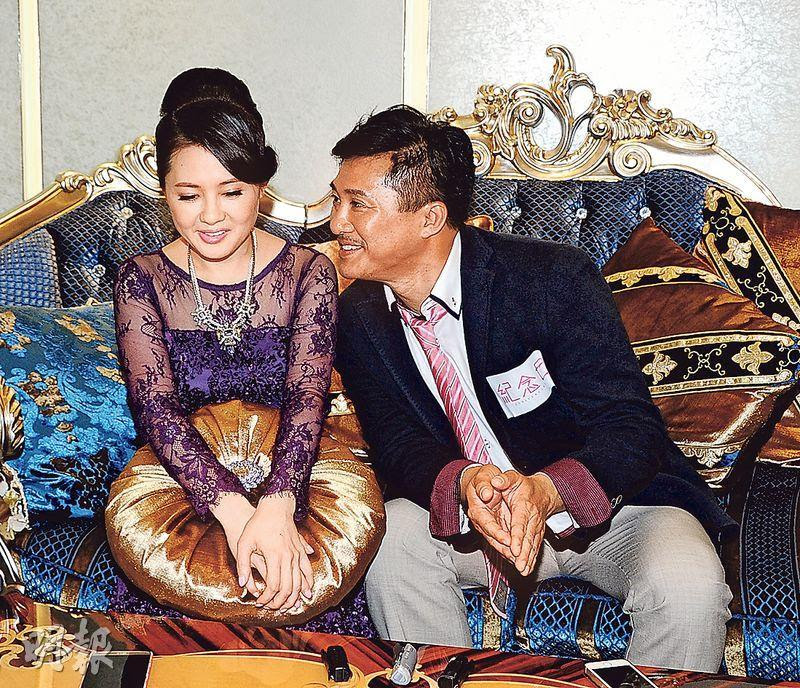 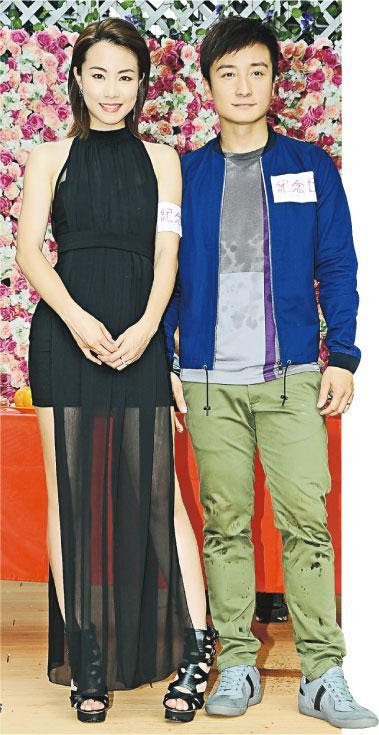 The Patrick Kong (Yip Lim Sum) directed new film GEI LIM YUT (ANNIVERSARY) yesterday held its production start ceremony. This year would be the tenth anniversary of the Yip Lim Sum romantic film series. He reunited with Alex Fong Lik Sun and Stephy Tang Lai Yun, but the difference was that they were a real life couple. The classic couple of the TVB series GREED OF MEN (DAI SI DOI), David Siu Chung Hung and Rachel Lee Lai Chun reunited again after over 20 years. They would play Stephy's parents.

Siu Fong and Stephy returned to a Yip Lim Sum romantic film after ten years, did they feel any different? Siu Fong said that ten years ago (the relationship) was fake, now it is real. In the film they had many argument scenes. They joked that some of the lines were very familiar, like things that they have said normally. Siu Fong said that Stephy was "hard to take" in one of the lines, she admitted that it was rather hard to hear. As for intimate scenes, they said that for now they have not have many. Stephy admitted that at first the production felt a little strange, as it felt like they were showing everyone their personal lives. Siu Fong also said that Stephy in the film often had to look upset, he joked that normally only he would see this side. Now everyone could see it.

Siu Chung Hung said that on the first day of work he already asked Chun Mui for her number. He also said that working together again after so many years the feeling was just as satisfying, as they still had chemistry. Chun Mui said, "Except back then (in the series) you threw me off a building! You really shouldn't have."

This time Chun Mui played Stephy's mommy, which some said that she was too young to. Chun Mui said, "I am not young anymore!" She also said that she wanted to have two daughters as soon as the ones in the film. They could even go to work for her. Speaking of the rise of second generation stars, was her daughter interested in show business? Chun Mui said that her daughter was not and even said that beauty pageants, singing contests and modeling were boring and that they were not too hard. She also said that her daughter still did not understand the pressure that she would endure after getting into the business.
Posted by hktopten at 12:41 PM