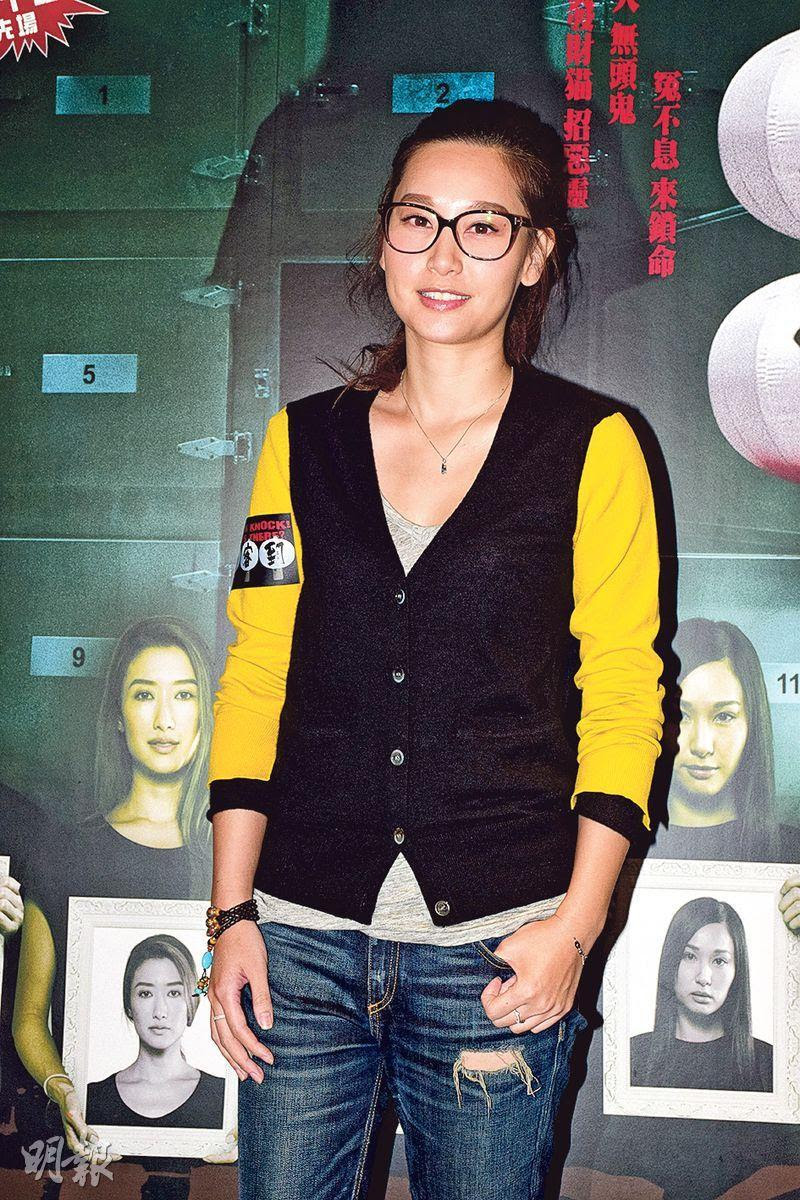 Sister Ka Lai said that the advanced screening response was great. She had friends who were unable to buy tickets, which surprised her a little. She said, "Maybe it was related to the rumored (Lunar) July ghost gate opening atmosphere. This film is a domestic horror film, I hope to capture Hong Kong culture and hope that everyone would support domestic production. (will you make another film?) I have plans but I won't make another ghost film. I want to change the image a little and make another subject." She admitted that she was in negotiation for a major plan that would be very shocking and eye opening. She hoped to be able to make an announcement as soon as possible.

Tsz Shan whose TVB contract will come to term soon was asked about her future. She admitted that she has not decided and would not in the short term. Because she was busy with her certification in jewelry appraisal, she did not have time to consider. Tsz Shan said, "I am really busy with school, my classmates just that they had to wear evening gowns to school because reporters were waiting everyday. Luckily they were still willing to dine with me. (When will you make the decision?) The company and I have an understanding and lets me to take my time. The company would also continue to field jobs for me until February next year. Our relationship has been good so I am not worried."

Reportedly both Johnnie To Kei Fung and Eric Tsang Chi Wai were interested in landing her. Tsz Shan asked, "Huh? How come I don't know? (Have they contacted you?) A very long time ago they have. (Lately?) I have talked with different units but for now I don't want to decide yet. (Some say that Shaw wants to sign you?) It is one of the choices, but I have thought about it yet. (Will you focus on film development from now on?) It doesn't matter, I used to work in both areas. I don't want to seal my exits too soon." She admitted that her contract will end this year but TVB will still field jobs for her. Obviously their relationship has been good.
Posted by hktopten at 7:40 PM