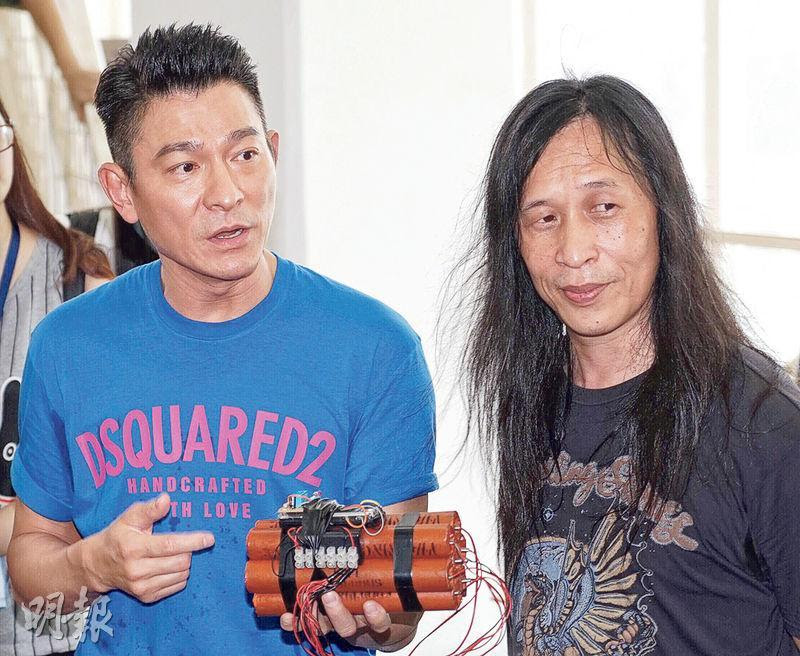 Andy Lau Tak Wa has been busy with the film SHOCK WAVE (CHAK DAN JUEN GA). Yesterday although he did not have to appear on screen, Wa Jai instead of taking time off appeared on the set as the producer and personally gave a "safety" demonstration of explosion scenes with director Herman Yau Lai To to visiting reporters. Wa Jai even turned into the "bomb squad expert". He not only explained how to defuse a bomb but also battled wits with villain Jiang Wu. Wa Jai was not all talk as he convincingly demonstrated how to defuse a bomb in high speed.

Later, Wa Jai who played the bomb expert in the film revealed that in the film the Cross Harbor Tunnel will be blown up. He said, "Because we couldn't get into the tunnel to shoot, we built a 1:1 scale tunnel that we will blow up in the end."

Wa Jai said, "In the film I will go undercover and work with Jiang Wu on a lot of explosion, fight and gun fight scenes. Jiang Wu will play a famous heavyweight wanted criminal. My assignment is to capture him. Jiang Wu is a good co-star. (Will the explosion scenes in the film be dangerous?) They will have certain levels of danger, but walking can be dangerous too. Pray for me!" In order to play this character, Wa Jai already trained with some bomb teams for awhile.
Posted by hktopten at 4:08 PM