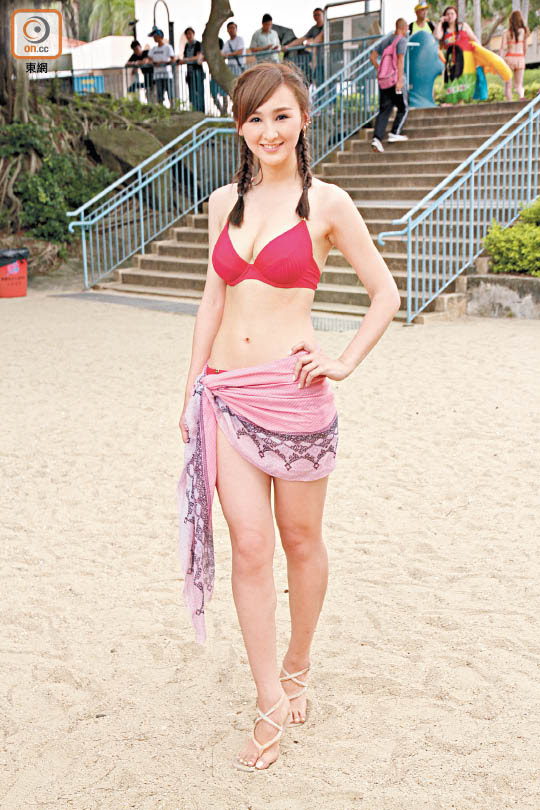 Fong Lik Sun played a "gentle guy" who fell for "tough lady" Kitty Zhang Yuqi. Despite a big group of sexy ladies, he could not tell who was the sexiest. Ultimately to each its own and he had enough self control. Even if he looked it would be natural, when guys looked at girls it did not mean anything.

Earlier Siu Fong mentioned dreaming about former girlfriend Tang Lai Yun and broke down into tears, over which Tang Lai Yun later felt her heart ache. Siu Fong blamed himself. "Everything is my fault! I admit that interview originally was about Outstanding Youth and my former swimmer life, but when Sister Suk Mui asked I had no reason not to answer her. Fans also posted our photo and said how many days since we broke up. When I saw them my heart would ache too." Stephy knew that he still had feelings and shed tears in front of reporters. Siu Fong stressed that he was at fault, as he was always talking about the past. Thus he did not want to talk about it anymore.

Ko Hoi Ning, Cheung Sau Man and Chong Shui Yi wore their own swimsuits. They all took precaution against wardrobe malfunction. Yesterday when they appeared, many male beach goers were unwilling to go into the water and instead stared at them. Ko Hoi Ning said that the team had security to protect them, and passerbys were very normal.

Speaking of the Mainland actresses' outstanding figures, Cheung Sau Man said that she had a strong ego and was full of self confidence. Hu Yan, Tian Leixi and Xu Dongdong did not feel awkward in bikinis. They did not compare their figures either. King Kong joked that seeing Ko Hoi Ning and Cheung Sau Man together, he learned that there was always someone better.
Posted by hktopten at 7:02 PM