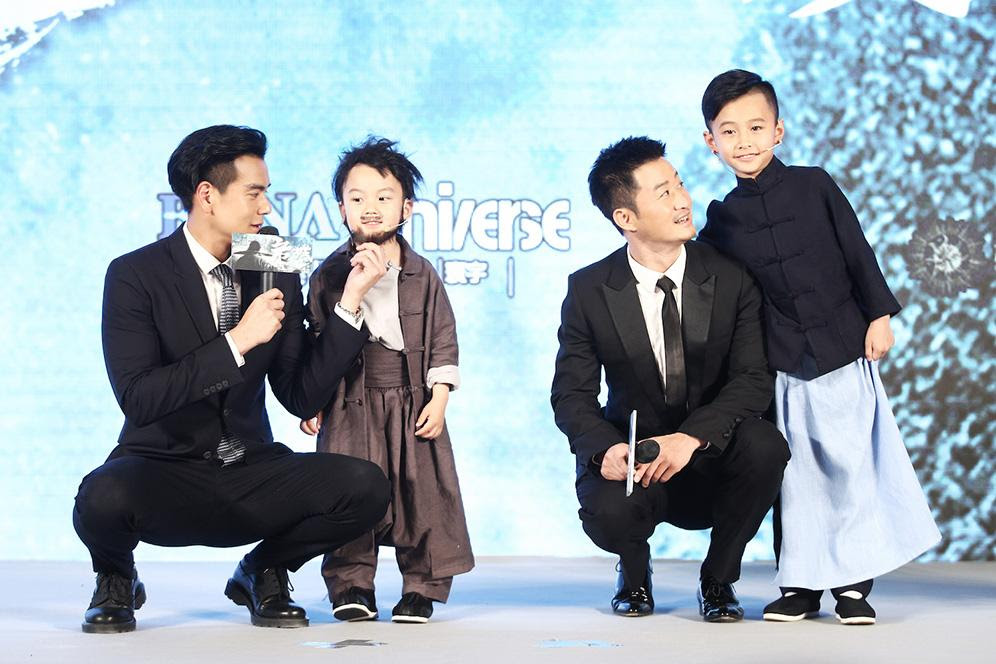 Peng Yu-Yan and Wu Jing turned into tough guys, with a blade and a spear in hand they looked rather cool. They also had an emoji battle as they raised signs with their different expressions and adjectives to trade blows. Peng Yu-Yan raised "I am very handsome", Wu Jing responded with "gentle". In addition, cute children made surprise appearance as two child actors played "Little Wu Jing" and "Little Peng Yu-Yan". However "Little Peng Yu-Yan" had a fake beard just like the film costume. Peng Yu-Yan joked, "You developed so early."

The event also provided a selfie stick to each of them for them to take a selfie with the entire venue. Wu Jing also joked around with the selfie stick as he asked Peng Yu-Yan to hold it for him. Peng added, "It can be longer".
Posted by hktopten at 7:04 PM