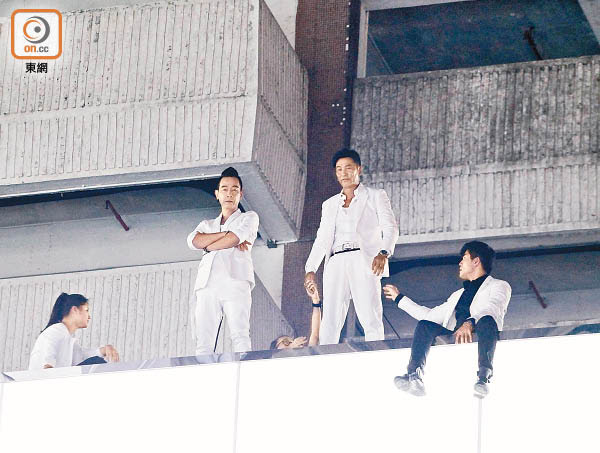 Simon Yam Tat Wa, Jordan Chan Siu Chun and Philip Ng Won Lung two nights ago worked on their new film (COLOR OF THE GAME) HAK BAK MAI GUNG in Mongkok. They stood on top of a 4 story tall platform. However, Yam Tat Wa and Chan Siu Chun showed no fear. They chatted as they looked down and often took out their phones to shoot the streets. Sitting on the platform Ng Won Lung also let his legs swing. Rain suddenly came, they did not hear the director yell cut and continued to pose. The crew waved to them and they quickly left. Then he shot a scene in which they went to a street stall for drinks.
Posted by hktopten at 8:33 PM