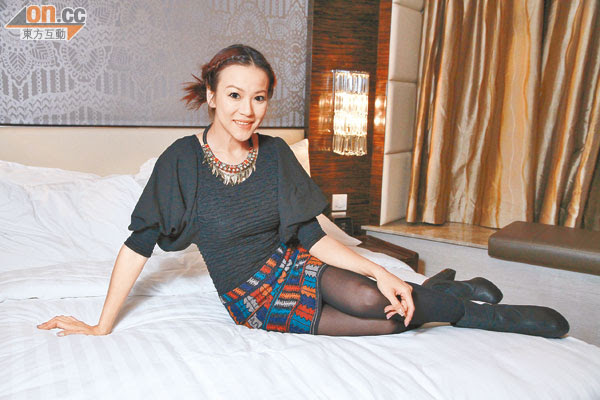 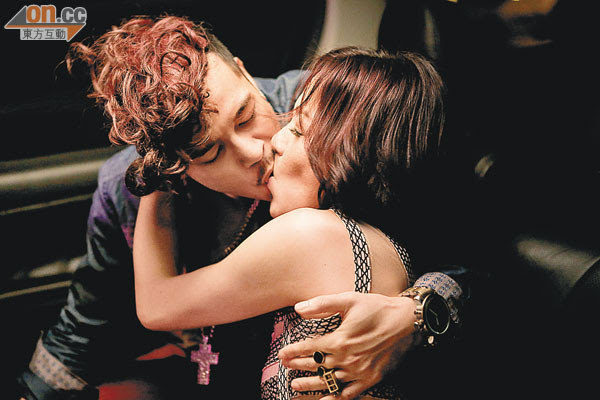 Wong Jing said that the remake idea came from SPIDER-MAN. "Remake in such a short period of time, with a group of new comer, and the audience accepts it. In addition in 2012 Hong Kong film was very successful, to me it was an encouragement!" Both an actor and an action director, Philip was asked whether he was very busy. Philip said, "Actually it's an advantage, because I have chemistry with the cast I understand what everyone is thinking!"

The 29 year old Sammy Sum Chun Hin truly was lucky. After working with the 34D Mainland actress Liu Yuqi, he also worked with 34C sexy female star Winnie Leung Man Yi. They fought and slapped for five hours! Full of sexy performance experience Leung Man Yi said that it was the most extreme and shocking time in her film career! Sum Chun Hin said that it was embarrassing and he had to drink for courage.

Sum Chun Hin earlier worked with Leung Man Yi in the new film. On the day of the shoot, they battled in bed for four to five hours. Sammy admitted that it was a little awkward and he needed to drink for courage before hand. "Winnie is very professional and trusts me very much, so we very quickly finished! My character is crazy, so in bed I would hit her and slap her out of the blue! However I warm up slowly, for love scenes I definitely need alcohol to relax. (Do you need to watch adult videos to prepare?) I don't, I am not a kid."

Sammy also said that he discussed the bed scene with the crew. "I understand that this scene needs to bring out why Sister Ann and Ugly Kwan are together. Although I set my bottom line very low, I hope the result can explain what happens without being excessive."

Full of "bed scene" experience Winnie said that the most important was to have a good partner. "Sammy is very professional, he is the hard working type so I am completely relaxed. Even though I had many sexy performance before, every time I had a psychological barrier. This time is different from before, we have to express our crazy personalities so visually it is very shocking. It is the most extreme time conceptually in my film career. Before I took the role I knew I had this scene. I really spent time to consider it. Since this is a very classic film I took it."

Speaking of YOUNG AND DANGEROUS: RELOADED "Ugly Kwan's" outstanding acting, Sammy said that he did not like to watch mob films. "Although I don't like them, as an actor I have to know everything. I try to come in contact with a lot. Ugly Kwan is not the typical mob boss, but a petty person, a street rat, so I put myself my entire self. In coordination the bad guys now would take drugs, so he is always out of it, crazy all the time. When I was studying overseas I saw what taking drugs looked like. I would ask my friends for advice."

As for online negative reviews, Winnie said, "Many people feel it is quite a contrast from the first film, but I feel that's good. At least they are paying attention, at any minute they are the first ones at the movies to see how different it is from the first film. The trailer hit rate rose a lot, proving that many people are paying attention to the movie. I am confident that the box office would be decent." Sammy felt that it was the housewife mentality, "The more it is criticized the more they want to watch it".
Posted by hktopten at 4:45 PM