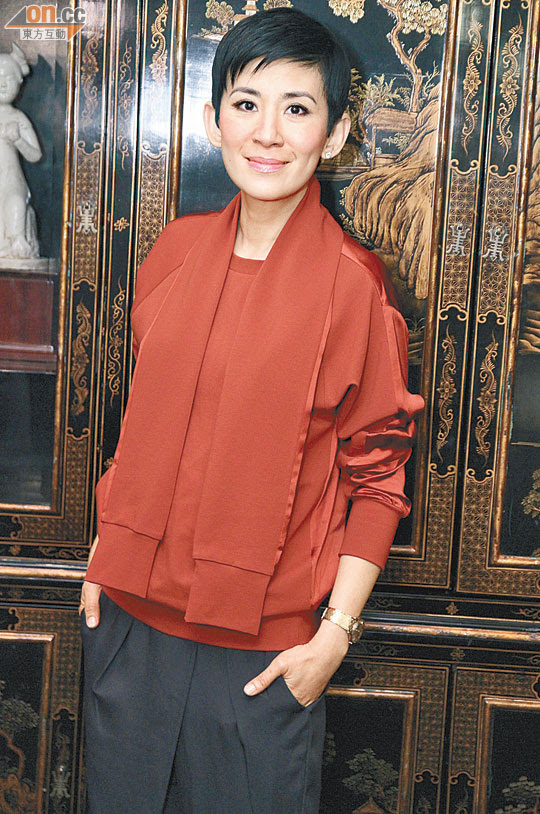 Sandra Ng Kwan Yu, Ronald Cheng Chung Kei, Fiona Sit Hoi Kei and director Vincent Kok Tak Siu yesterday were interviewed for their Lunar New Year film HOTEL DELUXE (BAK SING JAU DIM). Speaking of working in Qiandao Lake in Hangzhou, they immediately turned on each other. Fiona said that in the film she and Cheng Chung Kei had a kiss scene, so she kept on "tempting" him in hopes of chatting more to become more familiar and for the kiss scene to be less awkward; however Cheng Chung Kei did not pay any attention to her. He only focused on reading the script and video chatting with his daughter.

Kok Tak Siu said that Fiona and Chapman To Man Jat could not stop talking when they saw each other and made the set very noisy. Kwan Yu also said, "Once I invited Fiona and Ah Jat to chat in my room. They kept talking about life, Buddhism and the future, I had a massage appointment and they still didn't want to leave. The masseuse waited for half a hour, I showered, changed into a bathrobe but they weren't alert at all. Then I told him to turn their heads, I took off my bathrobe and climbed onto the bed for the massage. They even followed me into the room and said that they wanted to include me in their chat! Next time I won't dare to ask him again." Kwan Yu also revealed that Fiona had a great appetite, as she had chicken and rice for breakfast. However she ate everyday at the hotel restaurant and was bored to death. Thus during her break she would return to Hong Kong to get more food. She even shipped fruit to Hangzhou to rescue Teresa Mo Shun Kwan who had to drink 10 type of fruit juices everyday. "I bought her a whole case, and she reports to me how many times she went to the bathroom every morning."

Sit Hoi Kei said, "The hotel every morning has a breakfast buffet, one morning I realize all the eggs are missing. Actually To Man Jat is trying to get bigger and needs protein, so he put all the eggs into his own pocket."
Posted by hktopten at 2:01 PM