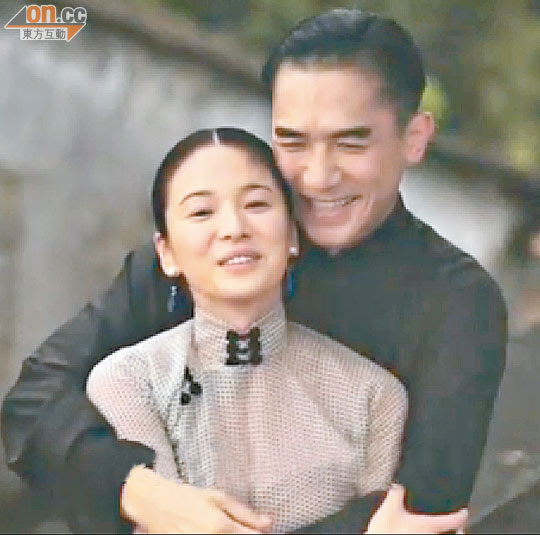 Wong Kar Wai initially cut THE GRANDMASTERS into a 4 hour edition. Due to running time restriction he cut it down to the current release of 130 minutes; many scenes were "missing". Yesterday the film company distributed the second production special, in the 3 minute and 41 second content many removed scenes reappeared. Wai Jai personally explained Ip Man and talked about his kung fu training.

In Leung Chiu Wai's eyes Ip Man was mild mannered and elegant, he did not resemble a kung fu person; he rose and fell and in the end he was able to calmly be himself. Wong Kar Wai hoped that Wai Jai's Ip Man performance would be a mix of Ip Man and Bruce Lee. He tried to combine them for the effect. Wai Jai said that Ip Man was enjoyed kung fu as much as Bruce Lee but normally he was so mild mannered that no one knew he could fight.

When he explored the character, he thought that the character appearance could be expressed through technique. Yet if he did not understand the inside of the character he had no way to express its aura, which was not something that could be achieved over night; this his long term training was necessary. He broke his arm twice, the first time was a hair line fracture, the second time was already as severe as saw tooth; everything he did was for THE GRANDMASTERS.

In the production special the removed scenes included Wai Jai and Song Hye-Kyo's sweet romantic couple scene, Wai Jai sweetly smiled with Sister Kyo in his arms. When the Japanese military arrived, they got into a struggle and Sister Kyo slapped him. Chang Chen in the release did not face Wai Jai. His appearance with a razor to fight Wai Jai was also unveiled. The production special even uncovered that Ip Man once visited Master Gong Er in the Northeast. Wai Jai in the drifting snow passed through the plum blossom courtyard, where they encountered each other again.

THE GRANDMASTERS decoding even had Julian Cheung Chi Lam as two characters, not only the Chinese Opera actor but also Zhang Ziyi's fiance. In this scene he only made an appearance in a flash.
Posted by hktopten at 2:20 PM