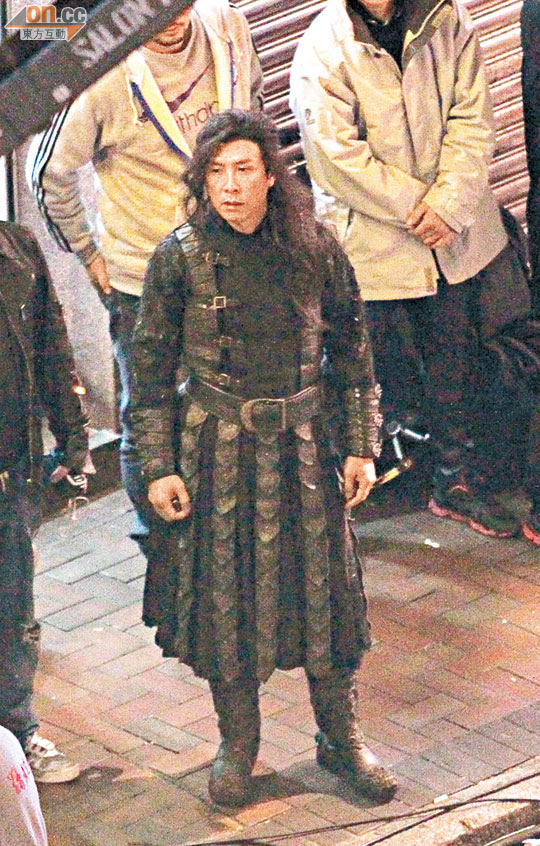 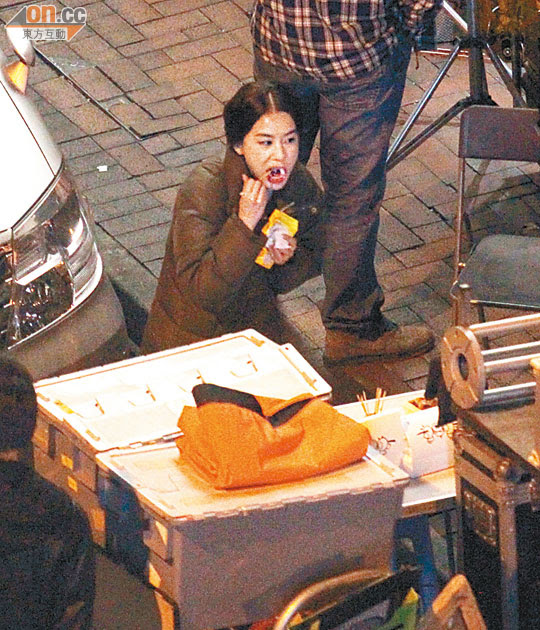 Yen Chi Tan has been very busy as a director and an actor on his new film. Earlier he landed in costume in Causeway Bay for the shoot and the city was jam packed. Two nights ago the film moved to a Tsim Sha Tsui alley with many bars. the location was decorated for Halloween, thus extras appeared in different costumes. In a down jacket Yen Chi Tan and Huang Shengyi soon appeared and prepared for the performance.

Before the official shoot, the team bought a lot of street snacks like fish ball, shu mai and skewers and filled the table for the cast. With lemon tea in her hand Huang Shengyi and co-star Sukie Shek Wing Lei were drawn to the food. Huang Shengyi picked up a skewer and could not stop herself from stuffing her face while chatting with Shek Wing Lei.

Yen Chi Tan already had a bag of candy for himself as he chatted with the crew. He also did not turn anyone who asked for a photo away. Soon Chi tan removed his jacket and his costume was revealed. He stood in the center and performed, attracting many pedestrians to look on.

In the story Chi Tan came from the past to modern times and appeared at a Halloween party, thus Chi Tan despite his costume remained undetected. Because Chi Tan has been frozen for 400 years, he was very hungry when he woke up. Seeing ramen at the party, he wolfed down 10 bowls and stacked the bowls high. Chi Tan had a noodle in his mouth, which was a super funny look. Chi Tan saw the people in ox and horse costumes getting close and worried that he went to Hell. Chi Tan kicked their chairs and they all fell onto the floor. At this moment Chi Tan ran into Huang Shengyi and fell in love at first sight.
Posted by hktopten at 3:20 PM