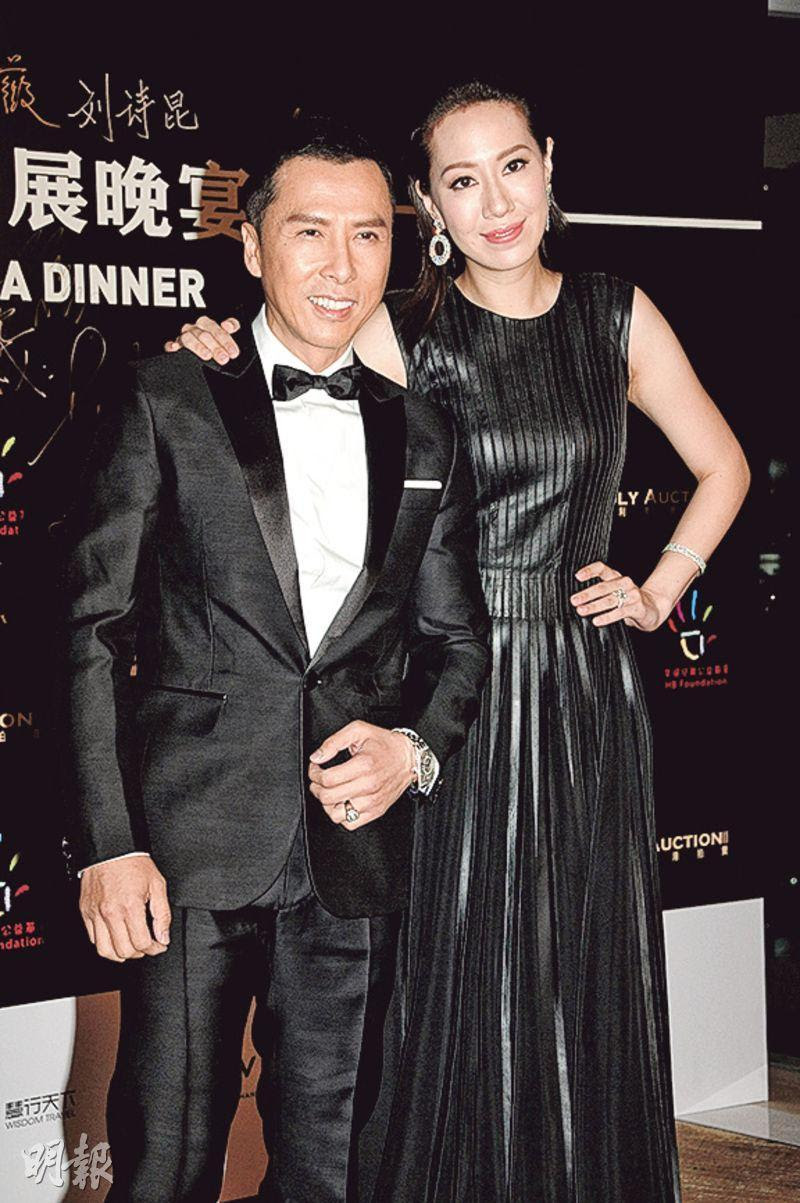 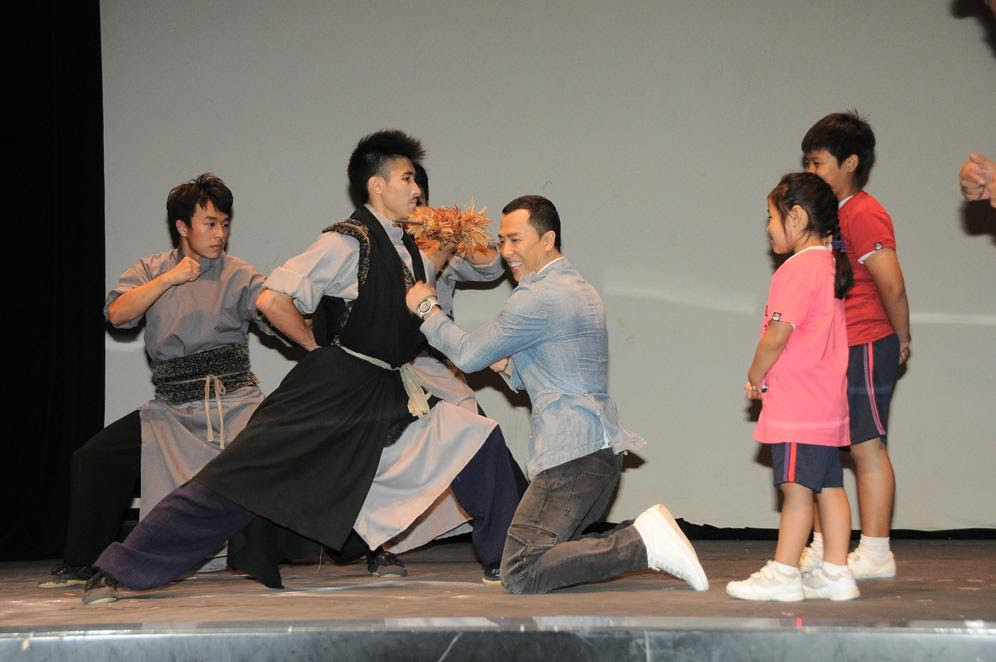 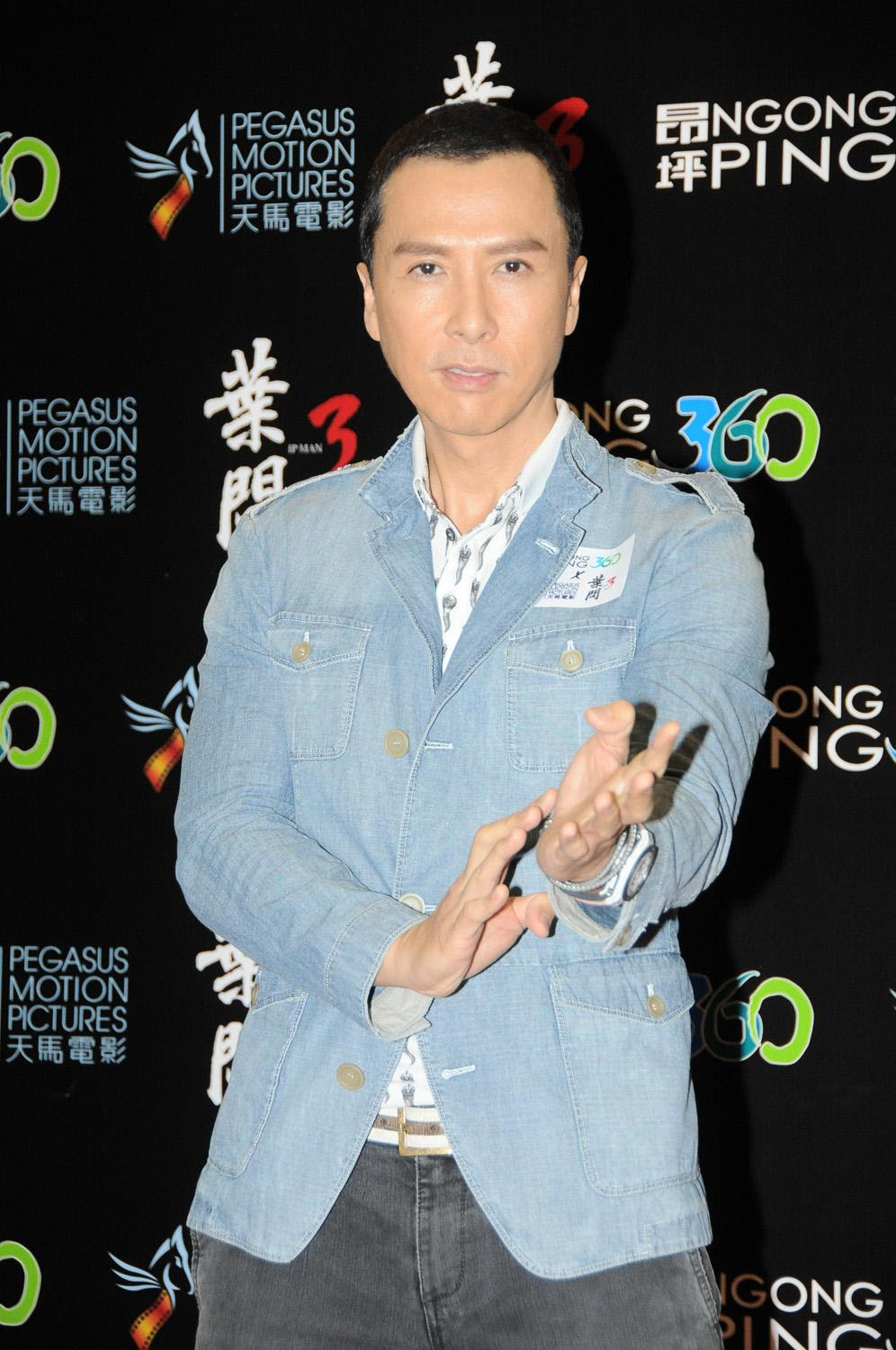 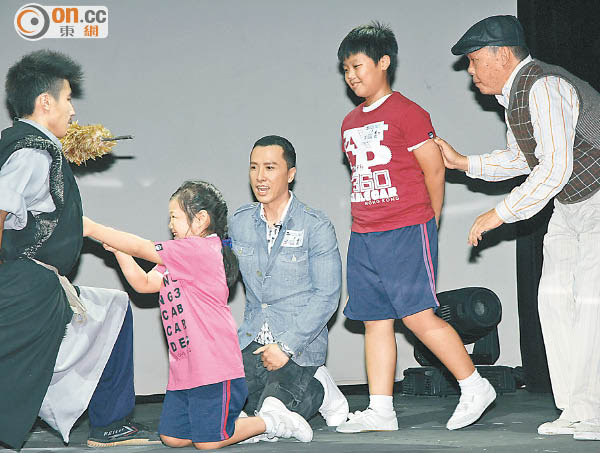 Donnie Yen Chi Tan and Raymond Wong Pak Ming yesterday attended the film IP MAN 3 press conference to announce the unveiling of the Ip Man Experience on November 26. They enjoyed the kung fu performance with 70 children. Chi Tan even went on stage to teach children Wing Chun and the children all looked convincing. Chi Tan was asked if his son would succeed him? He admitted that his son had the potential to study martial art, when he was two he already knew practiced with a wooden man. However he did not personally teach his son, as he left the task to other masters. As an action actor injury was inevitable, Chi Tan said that every time he got hurt his family would worry and be displeased. Thus he tried not to let his family know.

Chi Tan posted the IP MAN 3 trailer on facebook and received almost 20 million views and 10 million hits. He said that the film has the world's attention, which pleasantly surprised him. He said that in recent years he has been to different countries. For example at a Boston science museum an eleven year old child asked him if he was Ip Man; in Paris or London he has always met Ip Man fans who said "love you" to him. Thus he felt how far reaching this character has been. With the film reaching its third installment, would he feel any pressure? He felt that pressure did not existing. He even felt excited because this time his on screen opponent would be the former heavyweight boxing champion Mike Tyson. He said, "I am a Bruce Lee fan, I am also a Mike Tyson fan. I have seen every one of his fights. I was also very sure about how he punches, but because he is over 200 pounds I instead worried about what to do if he made a mistake. After meeting him, I know that he is a sentimental person and we even became good friends." Some jokingly asked why Tyson as a boxing champion would make a Hong Kong film. Chi Tan stated that he had quite a substantial role but he did not want to reveal too much. The audience would not be disappointed. He said, "I am not the only one who is demanding. Director (Wilson) Yip Wai Shun also would be concerned with his personal reputation."
Posted by hktopten at 8:32 PM