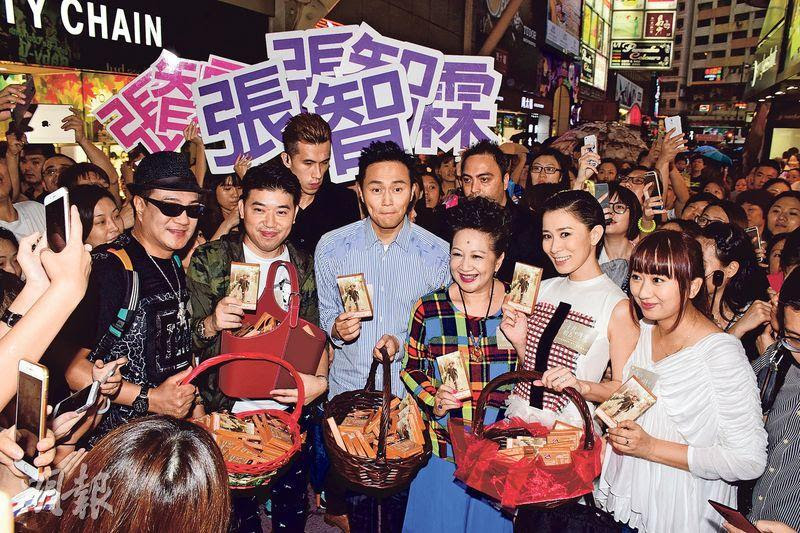 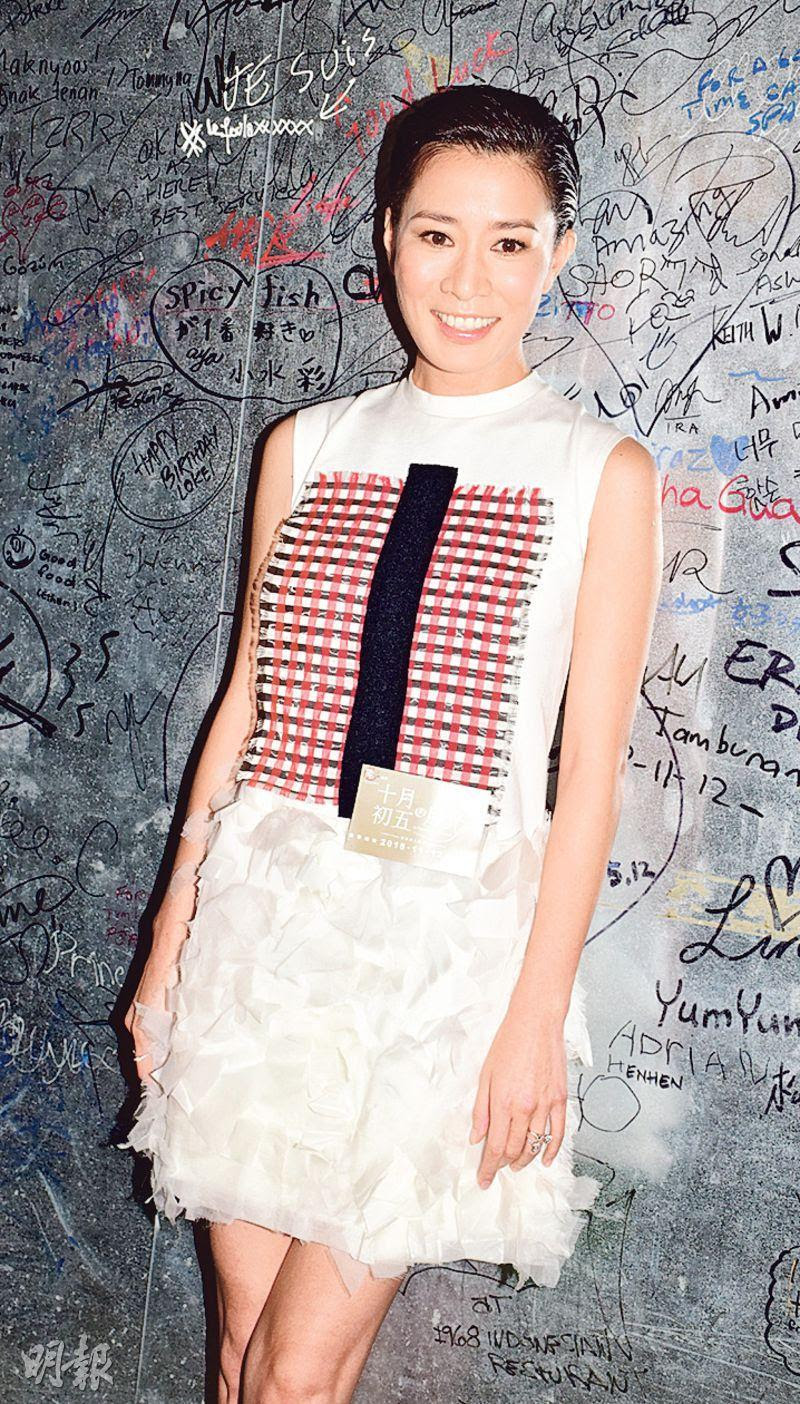 The film RETURN OF THE CUCKOO (SUP YUET CHOR NG DIK YUET GUONG) will open in mid October. The actors including Charmaine Sheh Si man, Julian Cheung Chi Lam, Nancy Sit Ka Yin, Lo Chun Shun and others yesterday attended a bus promotional tour under the strong wind signal number 3. The group carried umbrellas on the upper deck of the bus in the rain. Later the bus went from Central to Causeway Bay. The actors gave away almond cakes to the people.

Earlier Taiwan star Darren Wang showed his rear during audience appreciation. Would Chilam follow suit? He said that he would attend audience appreciation events but would not show his rear. Because the moon was round on the Lunar August 15th, it was not on the Lunar October 5th; he also joked that he might leave the task for Sister Ka Yin. Sister Ka Yin said that she already did 15 years ago. Back then at the celebration she wore a bikini tee shirt. Even though she still had the shirt she could not fit in it now. Sh also said that sh actually bought several bikinis and wore them at home under a bathrobe.

Chilam revealed that after the film promotion he might perform in a Mainland reality show. Many artists received astronomical pay for reality show. He said that he exceeded value and had a lot of uses. His rate was a reasonable one.

Ah Sheh earlier was caught with more than one new flame. She clarified that she did not have any and asked reporters when the reports hit the streets. She said that for the past year she has been working and rarely had any normal life. Now she could finally slow down her pace and enjoy life. Thus lately she had dinner with friends more and got caught more often. She stated again that the real deal has not appeared yet. All the men had girlfriends. Have her sisters introduced guys to her? Ah Sheh said no, her good friends were busy with their own babies.

How would she celebrate if the film would perform well at the box office? Ah Sheh said to ask the boss, perhaps he would give them bonuses. As for her TVB contract, she said that it will come to term in February. Now she was still considering whether to renew it. Earlier Ms. Lok (Elaine Lok Yi Ling) also approached her, but she wanted to develop in film in the future.
Posted by hktopten at 4:09 PM