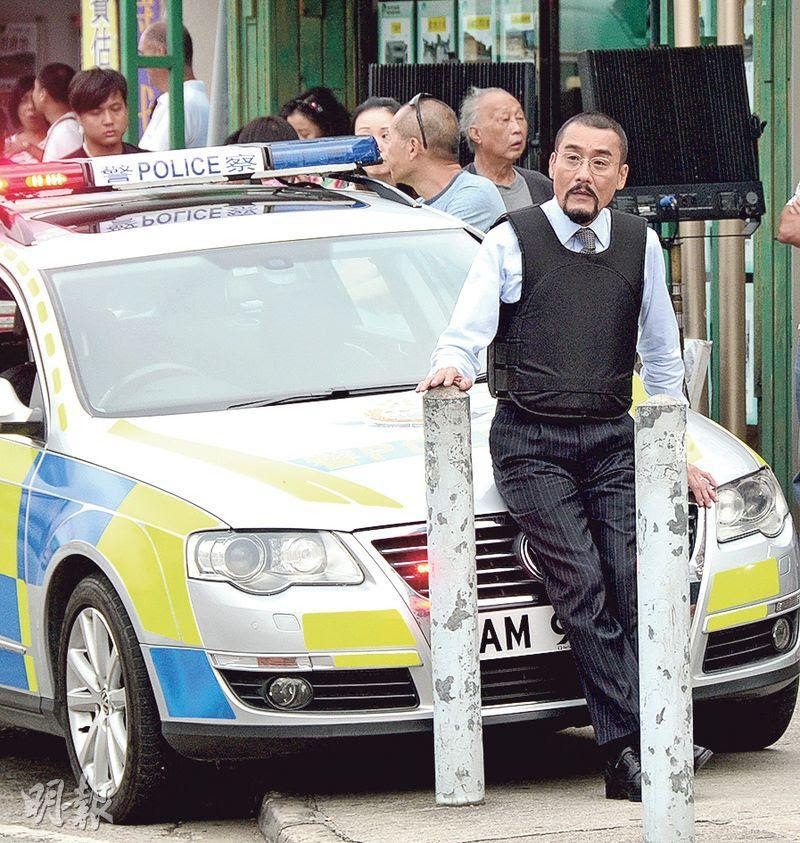 The Chow Yun Fat, Aaron Kwok Fu Sing, Tony Leung Ka Fai and Eddie Peng Yu-Yan starred film COLD WAR 2 (HONG JIN 2) has already begun production. The film will open next year at the soonest, but the neighborhood of Kam Tin caught a first glimpse. Yesterday the team shot a gun fight and confrontation at a convenience store there from morning to dusk. The shoot caused a major traffic jam and confused the neighbors into misunderstanding that it was a real robbery.

Leung Ka Fai, Tony Yang, Kenny Wong Tak Bun, and playing a female officer in her big screen debut, former news anchor Akina Fong Kin Yee. Leung Ka Fai confronted Tony Yang at the convenience store. Tony Yang waved a gun around in the store and stared at Leung Ka Fai through a glass door. While waiting between shoots Leung Ka Fai gave Tony Yang advice and studied the shoot with the team. Leung Ka Fai also posed with a police car for the media. Later he even dragged Tony Yang and Wong Tak Bun out for photos. Tony Yang showed off his muscles in a jacket. He even had a "bleeding" bandage on his abdomins.

During the shoot Leung Ka Fai raised his arms and walked toward the convenience store to negotiate with Tony Yang. A topless uncle walked into the shot without any interference from the team. He ignored Leung Ka Fai and marched himself into the store to shop. Leung Ka Fai could only make way for him and cracked up the onlookers.
Posted by hktopten at 8:04 PM