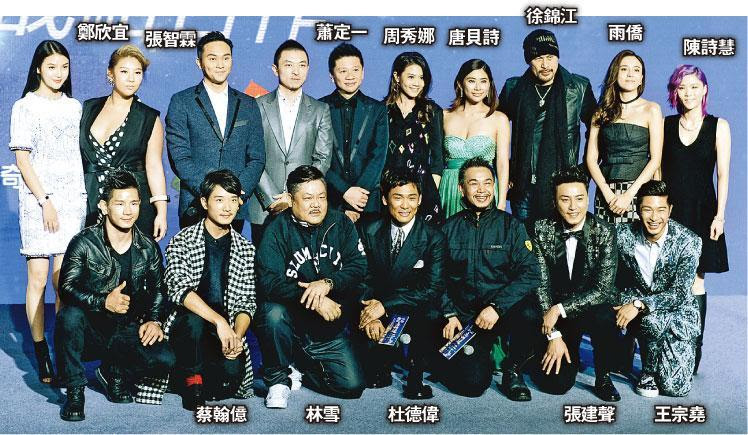 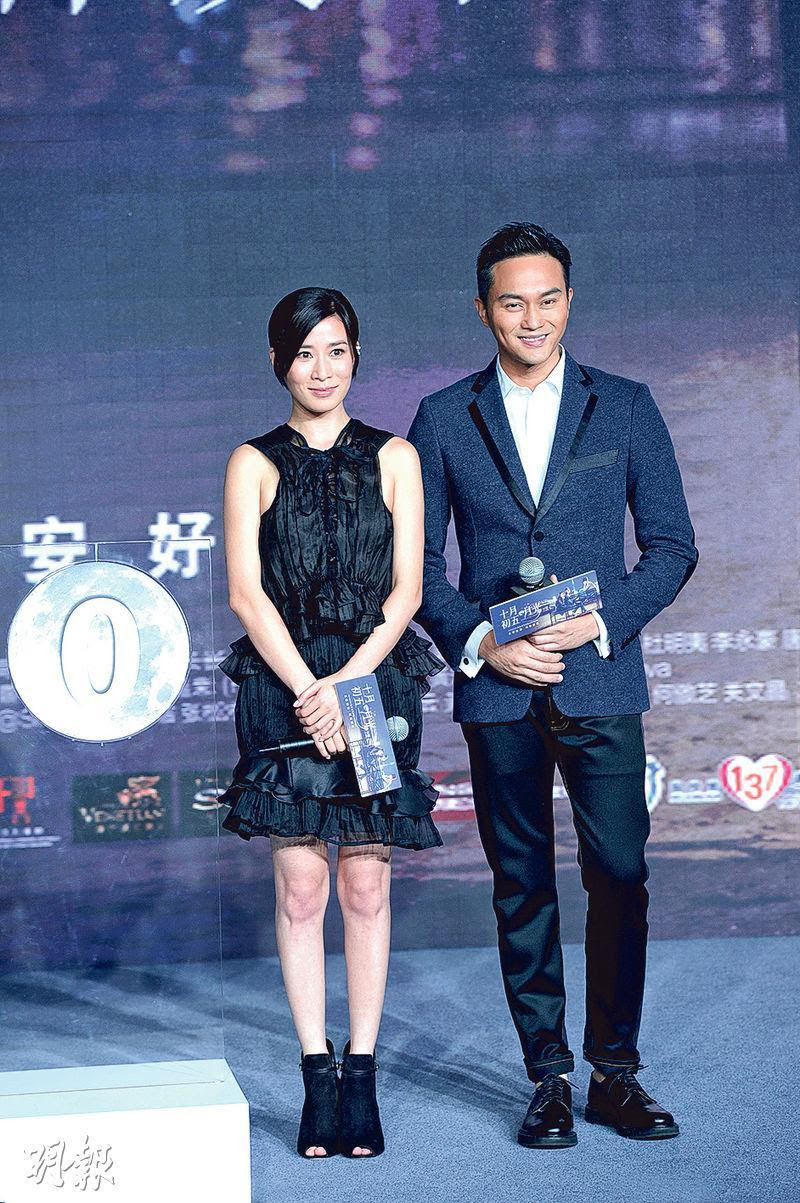 Julian Cheung Chi Lam, Charmaine Sheh Si Man, Chrissie Chau Sau Na, Joyce Cheng Yun Yi, Ava Liu (Yu Kiu), Lydia Tong Bui Sze, Gregory Wong Chung Hiu, Justin Cheung Kin Sing, Alex To Tak Wai and the entertainment company boss Stephen Shiu Jr. yesterday attended the RETURN OF THE CUCKOO (SUP YUET CHOR NG DIK YUET GUONG) media announcement in Beijing. Stephen Shiu Jr. and the Mainland iQiYi chief Li Yansong announced that they will work together on films and distribute the products. Stephen Shiu Jr. said that he has always wanted to find a Mainland partner. "Earlier we worked with different companies, every time we had to understand the process all over again. We were very tired until the appearance of iqiyi. They are very suitable for our needs, partners that we can work with for the long run."

"Kwan Ho" Ah Sheh and "Chor Gor Gor" Chilam praised the new film as touching. They both said that after reading the script the story made them take the roles. Ah Sheh said, "With the recent series re-run, the rating response has been great. I am confident in the film's box office." Ah Sheh even praised the addition of Taiwan star Joe Chen Chiao-En as "extraordinarily great". Chilam said about being between Ah Sheh and Chen Chiao-En, "It really can't be greater! Chen Chiao-En is a good co-star, her performance is infectious!"

Chilam joked about Yun Yi. "She got into the business before I did. I have watched her performance since I was little. Her Ma was a good friend of mine, so I have always felt very close to Yun Yi!" Yun Yi denied that she stole the spotlight. "Am I very sexy? I only wore something a little lower cut! (Were you deliberately sexy because Chau Sau Na was also here?) I never thought about that! I did a lot of work before the appearance, I didn't dare to move to much. People kept staring when I got to the stage, it felt a little strange."

Chau Sau Na denied that she lost to Yun Yi. "As soon as I saw her I went wow! Everyone is different, so there is no comparison." In the future we will commute between Beijing and Hong Kong. Currently she is looking for a rental unit in Beijing. She was also looking for a home in Hong Kong as she hoped to move in with her mother next year. Chau Sau Na denied that she was worth more than HK$ 100 million. "Do you mean cells? It's too much, it isn't me!"
Posted by hktopten at 4:50 PM