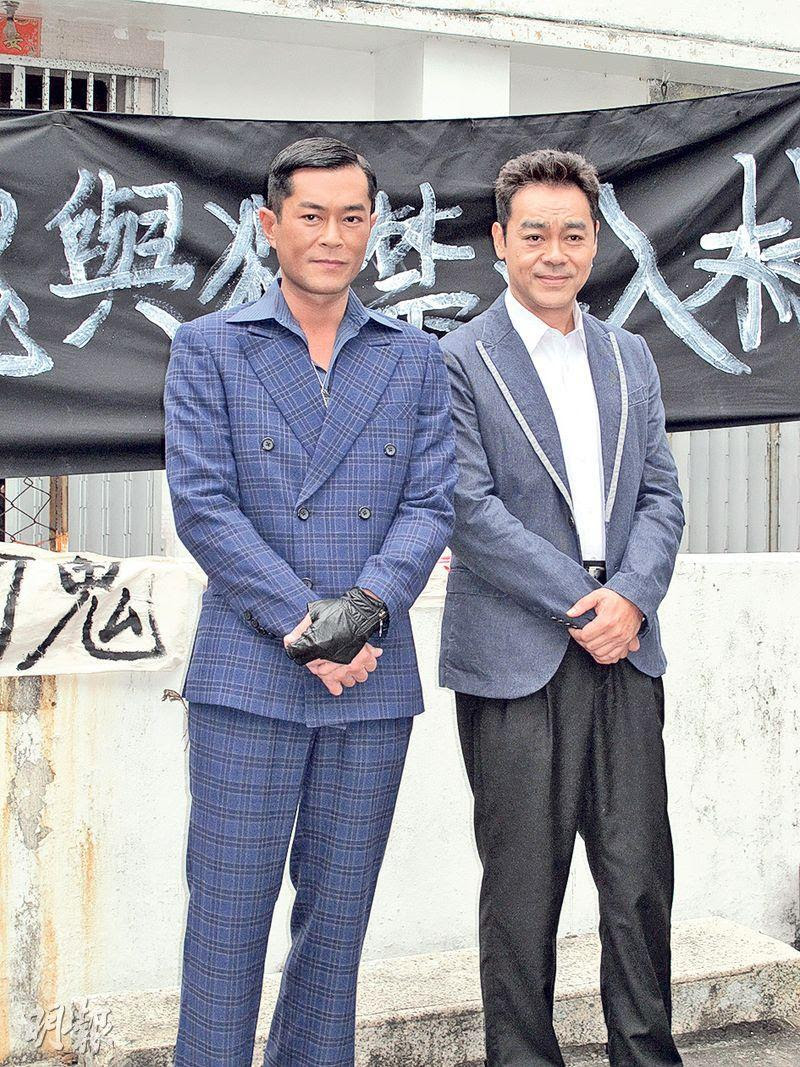 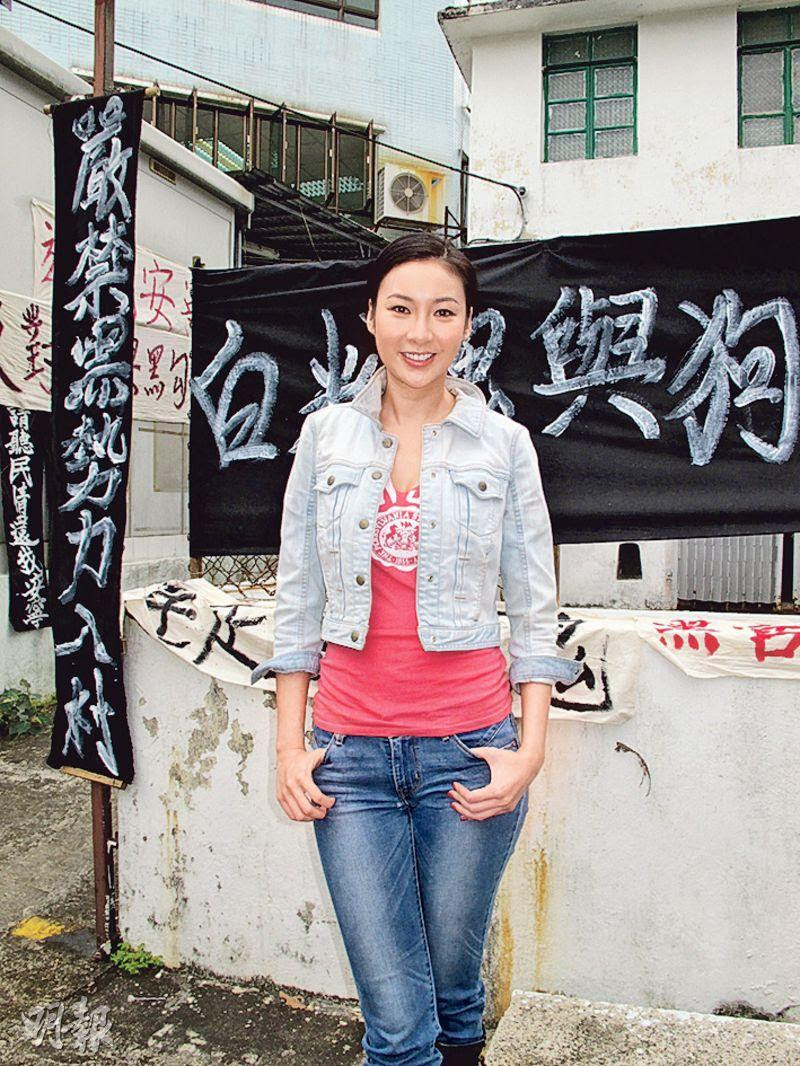 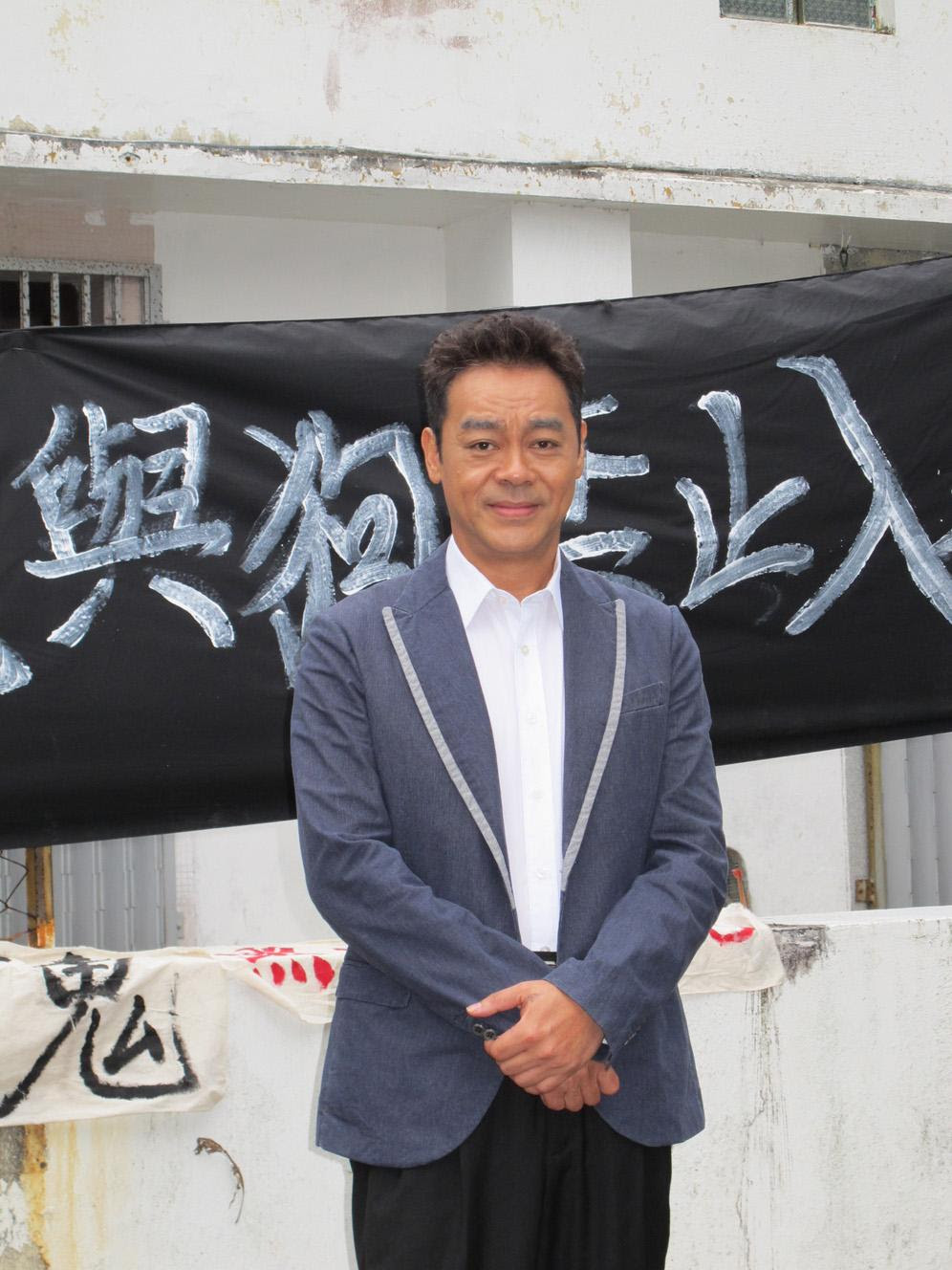 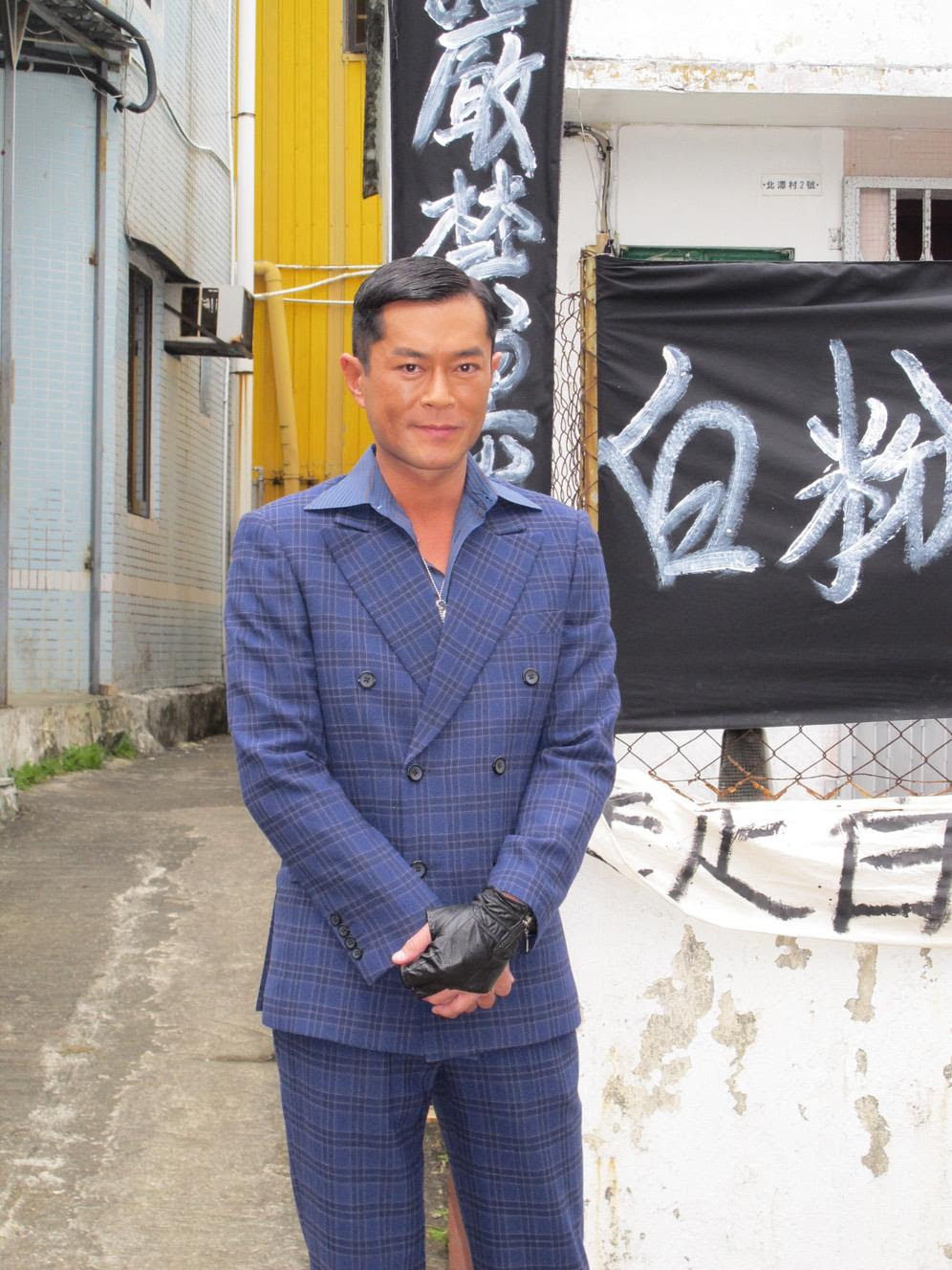 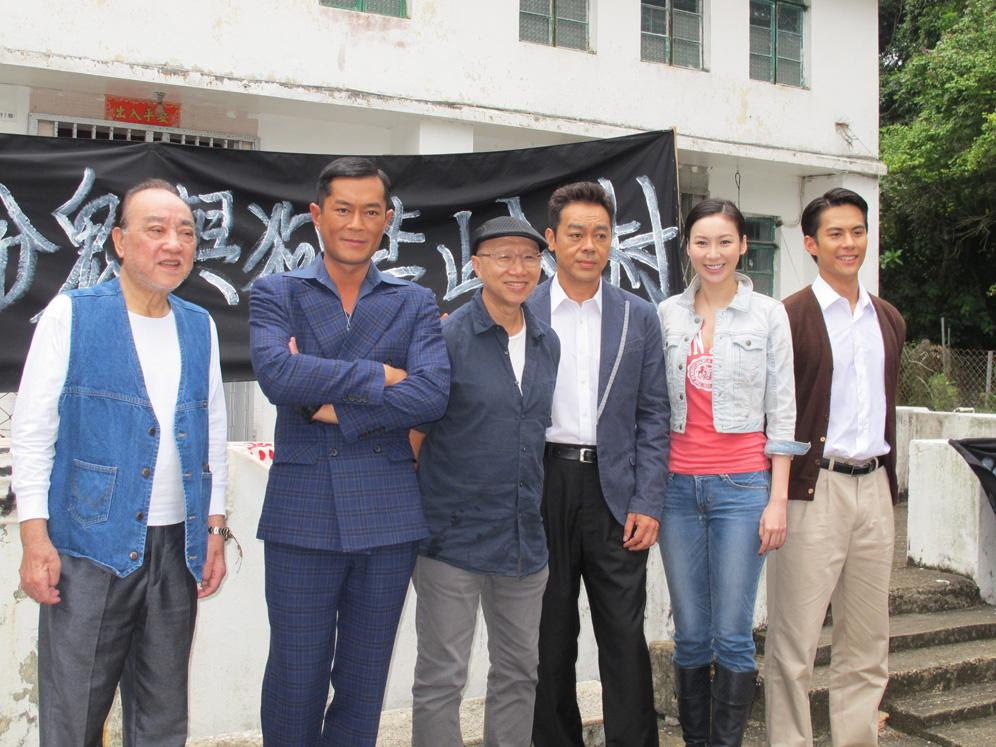 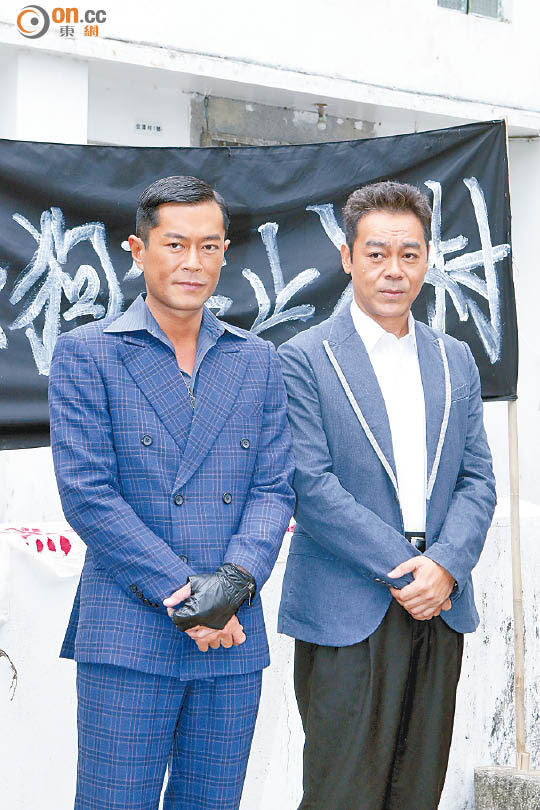 The Lawrence Ah Mon (Lau Kwok Cheung) directed film SUN HUNG TAI BO 2016 yesterday shot at a Pak Tam Chung drug treatment center. This film's subject was one of the Tsz Wan Shan 13 Tai Po, "Mau Tung Wa", and how he helped rehabilitation of other drug users and the difficulties that he faced. Yesterday attending actors were Sean Lau Ching Wan, Louis Koo Tin Lok, Jacquelin Chong Si Man, Lo Hoi Pang and Kevin Chu Kam Yin. Ching Wan and Goo Jai appeared in 70s costumes. Their stories took place between the 70s and the 90s, their different costumes felt fresh to them. Ching Wan played "Mau Tung Wa" Chan Chun Chi, while Goo Jai play Ha Lui, who was responsible for the balance of Kowloon City district drug sales. Would they have fight scenes in the film? Ching Wan said that he had less, while Goo Jai fought three out of five days. Goo Jai said, "I have sore and aches from fighting, I might have pulled something. Earlier my arm hurt so much that I couldn't raise it for two days." Goo Jai said that during the shoot he already added padding, but "thug fights" were all random.

Ching Wan said the production gave him a deeper understanding of drugs. Earlier for a "dragon chasing" scene shoot a pastor was invited to be the consultant. Actually he used to use drugs. Later at age 29 he finally went to first grade. Now he is a doctor of theology and has given many people guidance. Also, Jacquelin said that in the film she played Goo Jai's girlfriend. She said that at first when she learned that she would play Goo Jai's girlfriend she was very happy. She was willing to take a pay cut, but later she realized that she was swindled. After the production started she learned that they did not even hold hands in the film. "His girlfriend was more 'sassy', not the type that would lean on him. I hope next time I can add intimate scenes." Did she like Goo Jai? She said that because he was a god. Did she and Ching Wan have any scene together? Jacquelin said that he was cooler than she has imagined. She did not dare to bother him. Goo Jai was a little better.
Posted by hktopten at 6:29 PM