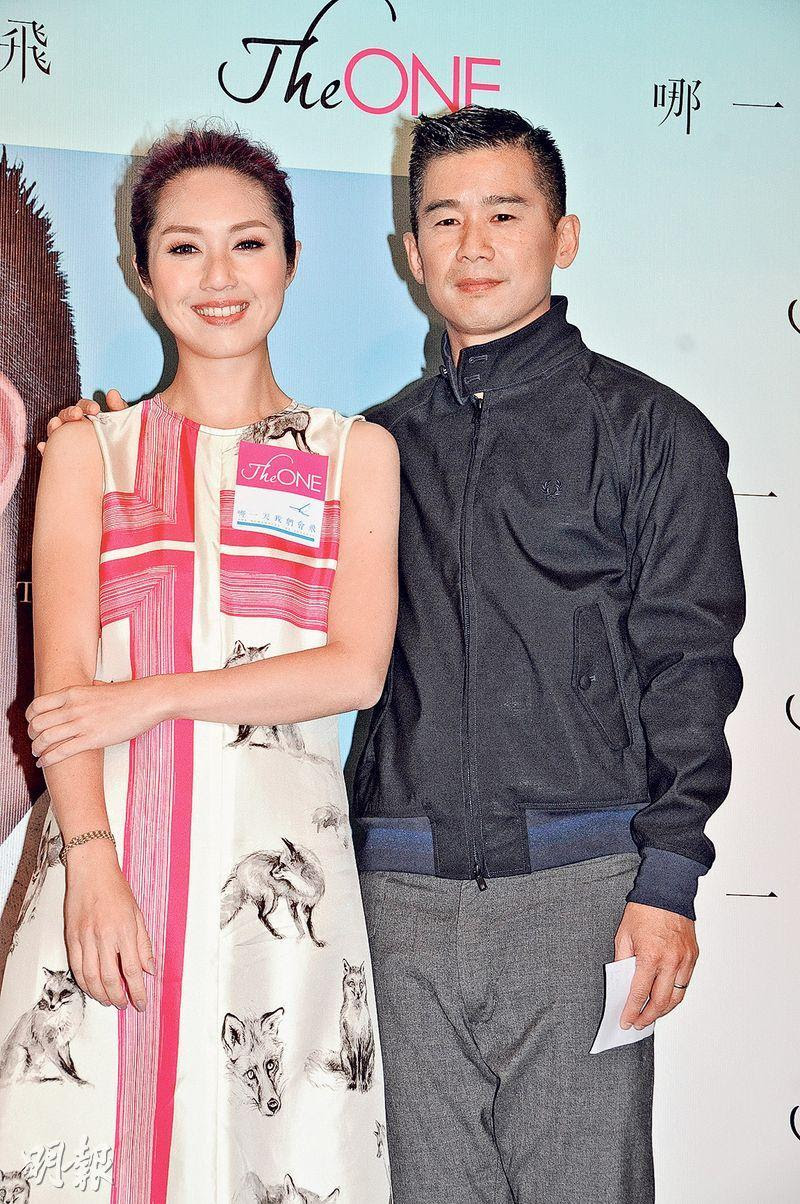 Playing the young Jan, Yau Hok Sau was half a head taller than Jan. During photos he had to spread his legs to accommodate while Jan deliberately stood tiptoed. Chin Wa admitted that she was very tired. "This morning at 8AM I had to take my son to play sports and exercise, a boy shouldn't always follow Mommy." Did the shoot bring back any secondary school memories for her? Chin Wa said, "In school there were a lot of extracurricular activities, I went to a girl school though. If at the time I had a lot of suitors my fate might have changed. I wouldn't have applied to become a nurse and I wouldn't be here today." She also said that in school she was very ugly, with curly hair, braces and thick pink glasses. Thus she had no romance. She said, "The three 'grossest' things in life were all on my. If Jan saw me he definitely would have chased me with his camera and put me on YouTube. Luckily in the film my younger version is pretty and in good shape." Jan joked that if he saw her he might have thought that he ran into a ghost. Speaking of So Lai Shan's Golden Horse Best New Actor nomination, Chin Wa first congratulated her and said that this was a good start. She hoped that the real versions (she and Jan) would be able to win too. In addition, So Lai Shan admitted that the credit belonged to the director because he taught her how to study the character and get into it. At the same time she watched Chin Wa's past work to learn her expressions. Did she get a dress for the award ceremony? She said, "Not yet, I am worried because I lack the height. (will you be sexy?) Other people are usually very sexy, I am conservative and instead would stand out."

A magazine claimed that Chin Wa and husband Real Ting Chi Ko argued over finding a school for their son. She denied. "No, the most exciting one already happened in the reality show, we won't argue over finding a school. In addition we didn't apply to the school mentioned in the report. I don't want to affect the schools that we already applied to. Actually my son is only in K2 now, I can look for schools next year. I believe in fate though, aside from applying for schools we also have to find for the lottery. We have done everything." With two grown daughters Jan laughed and said, "Hearing her I seem to have been brought back to the past, I understand. I also believe the magazine that they argued, because the wife would be more anxious, the husband's suggestion may not be too great. (How did you look for schools for your daughters?) I applied to everything." Chin Wa said that normal parents would think like that, so she tried to do whatever she could. Jan also recommended one of the schools the magazine mentioned to Chin Wa because he was an alumnus. Chin Wa said that her husband was too.
Posted by hktopten at 2:53 PM