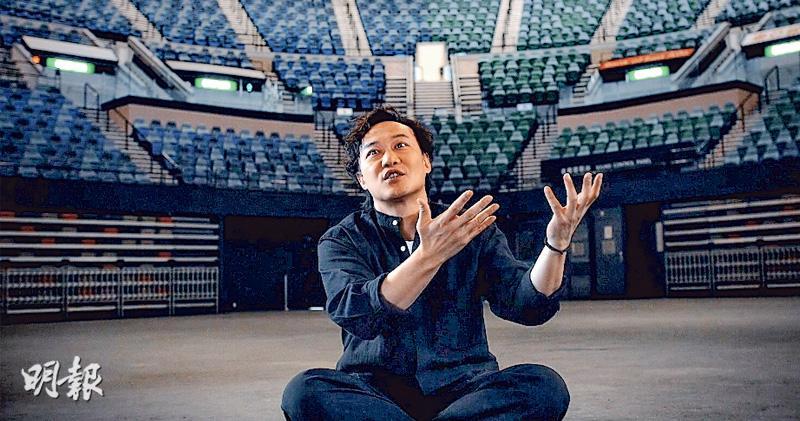 4 veteran producers Ho Lai Chuen, Yip Wai Chung, Tse Ka Ho, Choi Kin Fai led the Hong Kong Live Performance and Production Industry Association, which hoped to be able to provide relief to professionals in the 5 fields of event organizing, engineering, music, choreography and production during the pandemic. The first task would be helping these members who had no income due to the pandemic. Yesterday the association held a press conference to announce Eason Chan Yik Shun's "Live is so much better with Music Eason Chan Charity Concert" online charity concert on July 11th. it would instantly bring work and income to 100 colleagues. This concert would be at sunrise and sunset, as the concert would be broadcast live around the world at 6AM and 5PM in hopes of bringing even more donations.

Due to the novel coronavirus, the economy fell into a depression for almost half a year. The heart of Hong Kong singers' performance venue have not had any concert for almost 200 days. Eason cancelled his cross year concert series last year. At a halt for almost half a year Eason still was concerned about his colleagues. He knew that many on and off screen workers did not eat if they did not work, so he agreed to this concert and did not charge a cent. Eason yesterday was unable to attend the press conference, but he shot a video and shared his personal experience.

In the video Eason stepped into the Hong Kong Coliseum for the shoot. In the beginning he entered from back stage. The cheerful HK Coliseum of the past now has become silent. Eason sat in the empty venue and got sentimental. "I have been to the HK Coliseum many times, but I have never seen it this quiet. If it wasn't for the pandemic, it probably wouldn't be resting for so long. My first HK Coliseum performance was a television station performance. What was special about the HK Coliseum was the four sided stage, you are completely naked for everyone to see. The choreography would have to keep all the audience in mind, which is very interesting; I also have a lot of valuable memories backstage, now the feeling is pretty ice cold. Yet during a concert it would be filled with a sea of flowers and I would see many friends from the crew; backstage would be very cheerful! With the pandemic no one would be able to predict how bad the situation would get, but tomorrow will be a new day,a new beginning. The world wouldn't change for you. The sun would rise as usual, whether good or bad it will pass."

Ho Lai Chuen and Yip Wai Chung as association chairs along with consultants Choi Kin Fai and Tse Ka Ho spoke with the media. They announced the establishment of the "Performing Pandemic Relief Fund" and had the support of Yan Chai Hospital to accept and distribute donations to qualified members who had no job or income over this half a year. So far the members numbered around a thousand. Currently the pandemic relief fund has already received many charitable organizations' donations that totaled in HK$ 5 million. The association's first major fund raising event would be Eason's charity concert. During the program fund raising would continue, the donation goal would be the higher the better. In the end all of the donations will be distributed to members.

Ho Lai Chuen said that the concert theme would be "Sunrise, Sunset", thus it chosen to take place at these two periods. Due to the gathering restriction order no audience would be admitted. To avoid fan gathering the performance venue would remain confidential for now. He only revealed, "At 6AM a half hour live performance would take place outdoors. At 5PM the event would move indoors, with a re-play of the "Sunrise" segment then a half hour of the "Sunset" live performance. The show would run for a hour total."

They pointed out that they would take the full precaution against the pandemic. Aside from Eason, 100 on and off screen workers would wear masks. In the end only 30 band members and Eason would perform. The show would be no different from an official concert production, and rehearsals have already begun.
Posted by hktopten at 12:03 PM