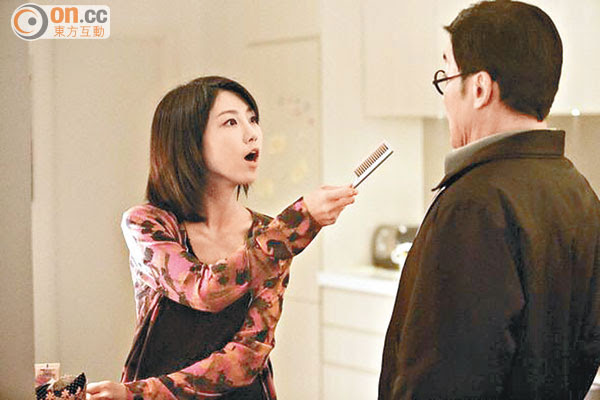 New film industry star Cherry Ngan Cheuk Ling in the film TALES FROM THE DARK (MAI LEI YEH) worked with Best Actor Tony Leung Ka Fai and Kelly Chen Wai Lam. Cherry played a ghost who committed suicide for love, a role with a lot of potential. Speaking of the white face ghost make up, she said that it was not difficult for her at all. "Normally I would mess around, even if it's more grotesque I wouldn't mind. The character experienced a teacher student relationship and suicide and had a lot of emotions, instead the emotional scenes were more difficult."

Has she run into anything supernatural in real life? Cherry revealed that when she was little she spoke to the air. Looking back her hair was standing at its end. "Mommy told me that one day I was playing with building blocks, suddenly I spoke to the air and ask people to play with me. Grandpa just happened to have a dream, in which she saw many children in ragged clothing outside our home. One of them always looked into our home. Ma thought that those two incidents were related! It was pretty scary!"
Posted by hktopten at 2:55 PM