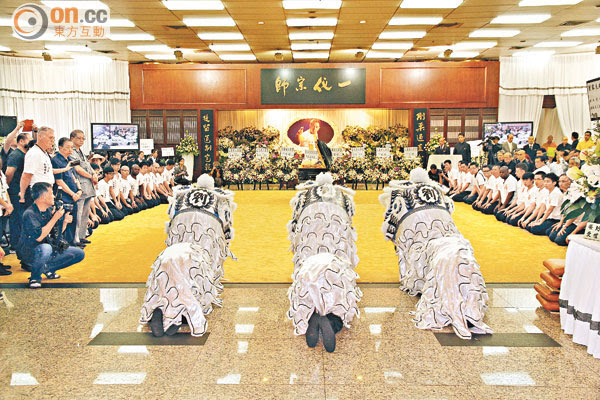 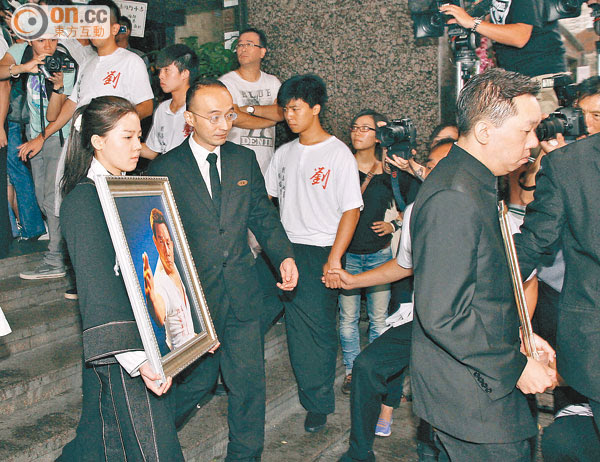 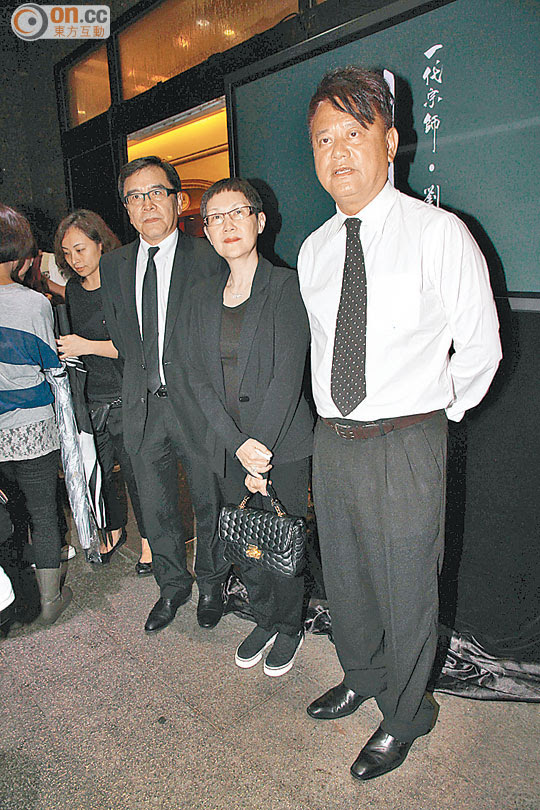 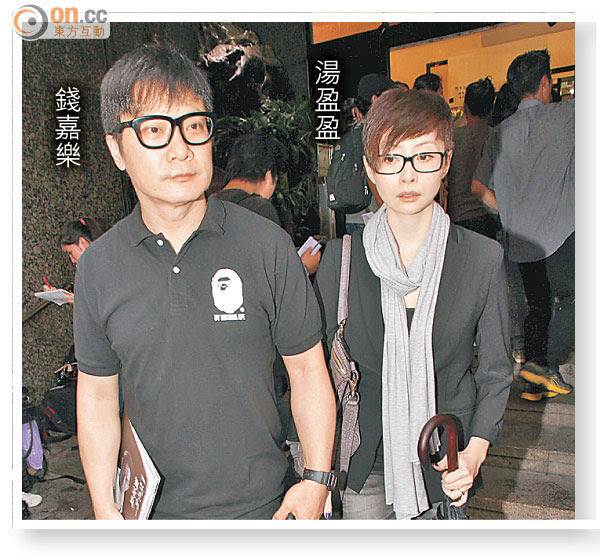 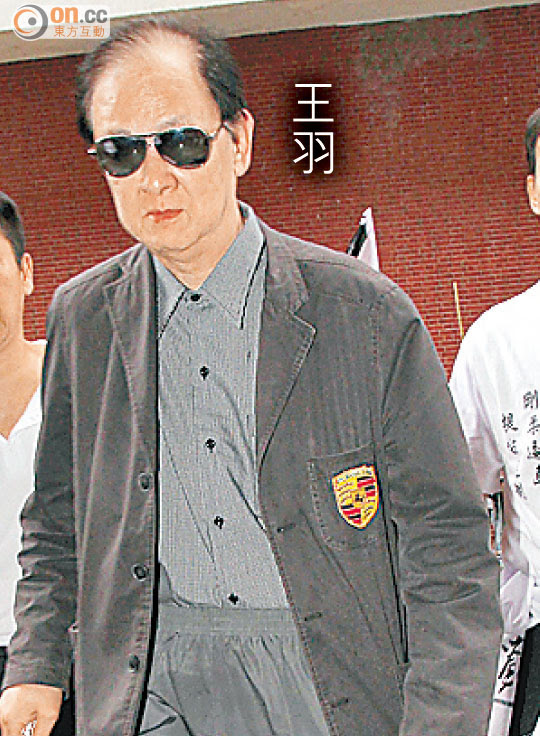 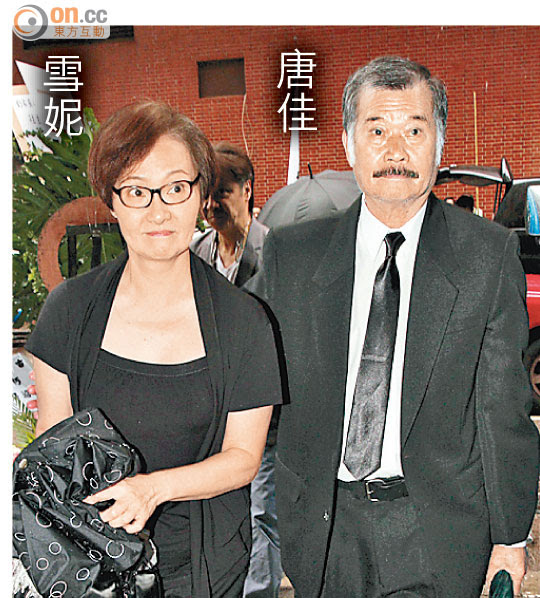 When the ceremony began, after Yung Jing Jing's speech Master Lau's coffin was moved to the center of the hall. 3 filial lion bowed into the hall, circled the coffin once then again offered the third step kneel nine step kowtow ceremony to the coffin. Then a viewing took place. Yung Jing Jing immediately went up but the hall official urged her to return to the family section and wait. After family and friends went through the viewing, Yung Jing Jing again stood in front of the coffin with her hands together and gave three bows. When she lightly touched the body, sh finally broke down and sobbed. Yung Jing Jing's daughters whose eyes were swollen from crying waited by the coffin and quietly looked at their father for a long time. After the viewing ceremony, guests each held one stick of incense and bowed to Master Lau. The abbot then host the scripture recital, followed by the coffin closing ceremony.

Around 12:40PM, when Master Lau's coffin was transported to the hearse, Master Lau's son with his former wife, Lau Wing Keung, carried a spirit tablet to enter the vehicle. Yung Jing Jing and her daughters followed with Master Lau's photo. The three filial lions that sent Master on his final journey bowed in front of the hearse. Then disciples Sin Kwok Lam, Cheng Siu Chau, disciple's disciple Chan Ka Wun led the disciples in a banner waving as the police opened the road for the departure. Master Lau's remains would temporarily stayed in the Tung Wah Coffin Home, until a lucky day will be selected for a Po Lin Monastery cremation.

The younger generation recalled a lot of memories about Master Lau. Director Lau Wai Keung could not forget about starting as a chore boy and photographer with Master Lau in 1981. His impression of the Master was a giant and a kung fu master. He said, "He was very amazing, whether as an actor or as a stunt coordinator he was very fast. Normally a shoot would increase the speed by one frame for action scenes, but for Master Lau's martial art scenes it had to be slowed by 26 frames. His action was too fast."

Chin Kar Lok said that Master Lau watched him grow up. In his teens he already followed Master Lau as a stuntman and an actor, and he learned alot. He said, "Master was very willing to help others. When he asked me to make DRUNKEN MASTER 2 (JUI KUEN 2), I picked up taking marks, basic foundation, martial art action from him. Thus I have shades of Master on me." Master Lau gave Wong Hung Sau her start. Recalling when she studied martial arts with Master Lau at Shaw, she said, "I fought until I puked, but after he taught me I could make action films. He never yelled at me, but he was very demanding with the moves."
Posted by hktopten at 2:52 PM