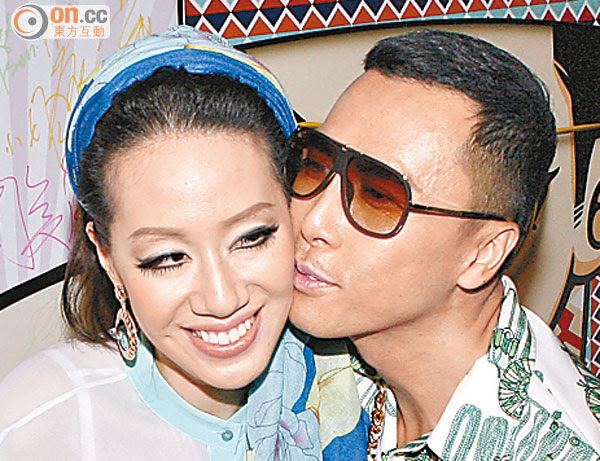 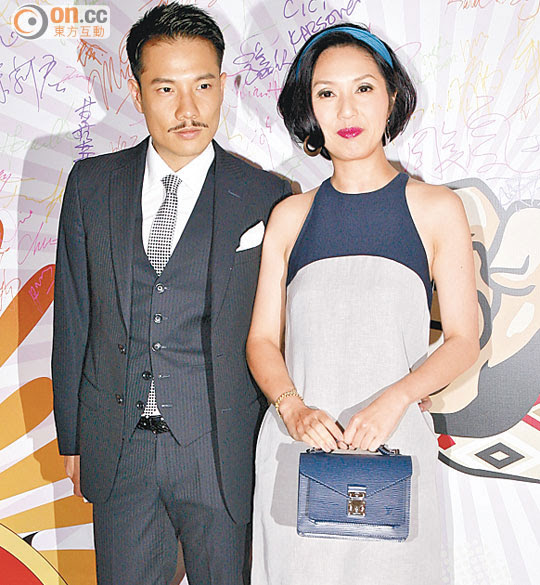 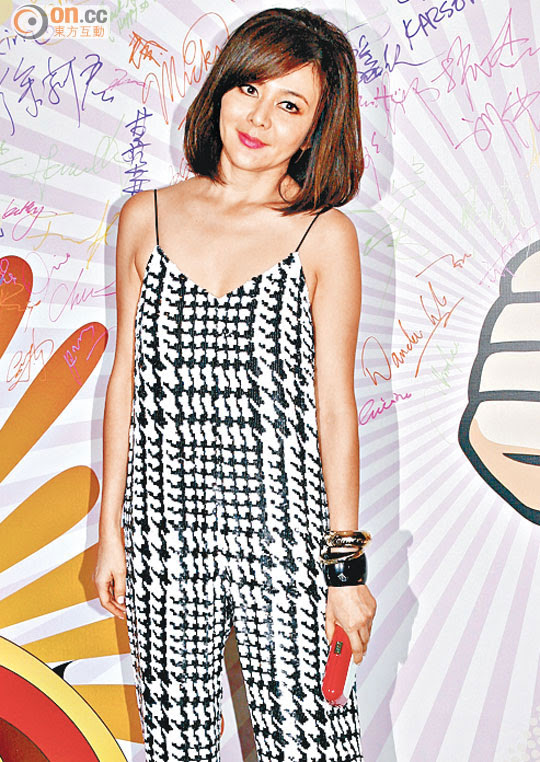 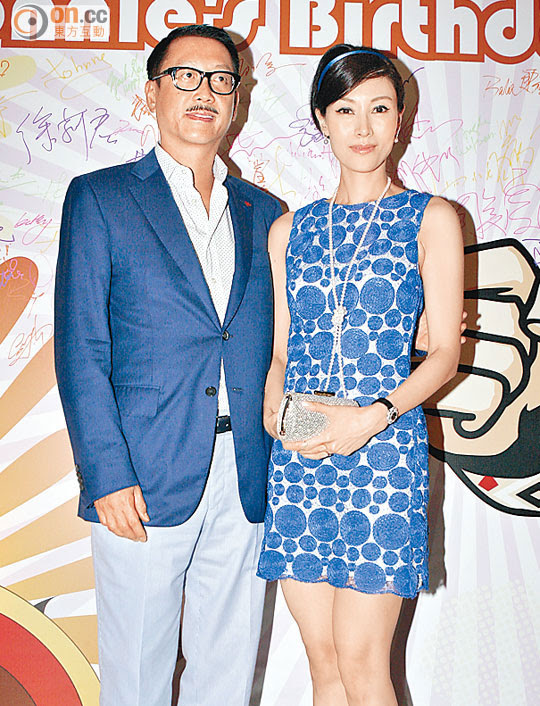 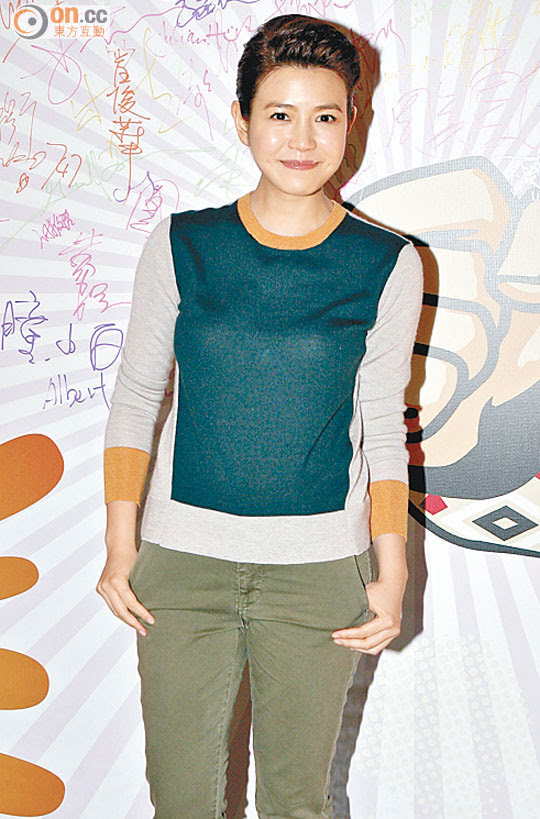 Cissy Wang last night held a surprise birthday party for her husband Yen Chi Tan in a Central restaurant, the theme was the 60s. The background board was a Yen Chi Tan kung fu cartoon.

Around 8PM, Yen Chi Tan appeared in a tight green floral shirt, white bell bottom pants and platform shoes. He even wore sunglasses and thick gold chains, as well as wielding nunchukus and making a Bruce Lee pose. Yen Chi Tan said, "My wife didn't tell me about the party until the last minute, but I expected her to give me a surprise and was mentally prepared. What more could be said about the Old Lady, she really adores me!" Then he gave a loving kiss on his wife's cheek.

Cissy Wang was asked about her gift. She took out a mobile phone to display the Donnie's App that has been in planning for a year. She even took a self picture with her husband to demonstrate its use. She said that it enabled Yen Chi Tan to interact with his fans. Cissy Wang prepared chocolate and a mobile phone charge with the word "Tan" for the media. As for whether it was his own brand, Yen Chi Tan said, "Old Lady is very attentive, she will do charity work with the product. My birthday wish is for the world and Hong Kong economy to be well and have more joy." Cissy Wang even revealed that their children would give a surprise to their father at the party. Willie Chan Chi Kung gave a bicycle to the birthday boy.

Lee Ka Yun put on a retro blue dress and matched her husband's blue suit. Lee Ka Yun said, "The design is Hung Hung's idea. We will give a small gift to Yen Chi Tan."

Wong Pak Ming, his son Edmond Wong Chi Wun and future daughter in law appeared. Rumored to have a difference of opinion over IP MAN 3 with Yen Chi Tan, he said, "Our relationship never changed. We have known each other for years. We don't need to dispel rumors, they are just for laughs." He said that next year as long as they will be able to coordinate their schedules, IP MAN 3 will definitely be made with Yen Chi Tan and no one else. As for whether he was planning a Wisely movie, Wong Pak Ming said, "It's too soon to tell, let's wait until my son finishes the script. It still has to be cast."

The gypsy dressed Wang Yuanyuan praised her fiance's handsome look. Her finger was bandaged, which was injured on branches when she was walking the dog.

They gave Yen Chi Tan and Cissy Wang a bottle of wine from their wedding year, just in time for their 20th anniversary's use.
Posted by hktopten at 5:14 PM