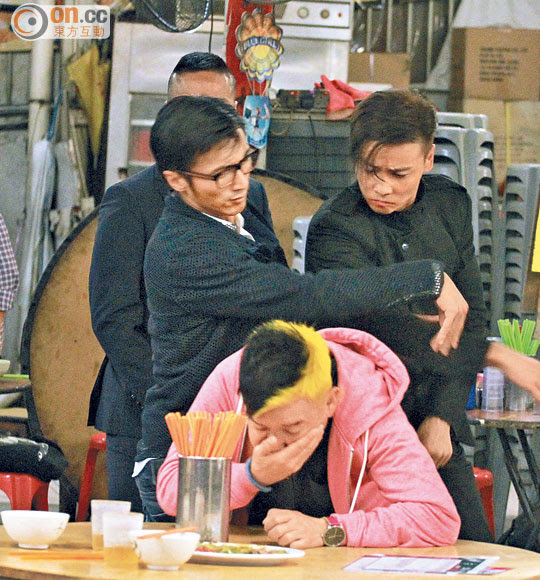 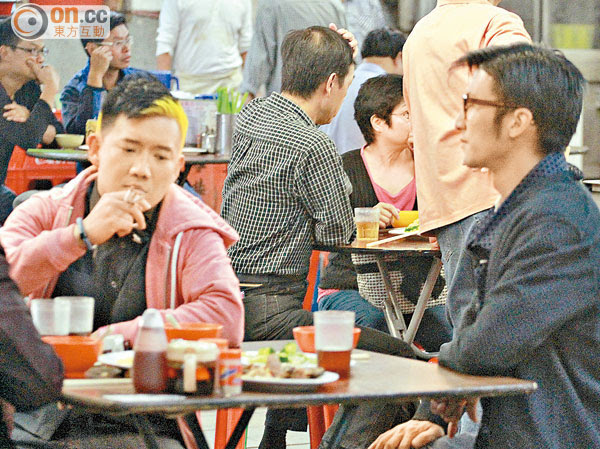 The Chow Yun Fat, Nicholas Tse Ting Fung and Chapman To Man Jat starred FROM VEGAS TO MACAU (DOH SING FUNG WON) two days ago held a press conference and began work that night in Cheung Sha Wan in the rain. Director Wong Jing, producer Andrew Lau Wai Kung led Tse Ting Fung, To Man Jat, Max Zhang Jun and Hui Siu Hung to shoot at a food stall. Before taking his mark Ting Fung turned into the Grand Master as he grabbed Zhang Jun to study martial art. Before the cameras Ah Jat became a human punching bag when Zhang Jun pouring on the beating. Brother Jing stressed many time that FROM VEGAS TO MACAU is not GOD OF GAMBLERS 4 (DOH SUN 4). Two nights ago it began with fights.

In FROM VEGAS TO MACAU Ah Jat and Ting Fung were close like brothers, but because the girl Ah Jat liked was upset about his smoking and was fond of Ting Fung they began to argue over the girl. They began at the food stall. Ah Jat angrily chain smoked like a bong. He even started trouble. When he saw neighbor Zhang Jun passing by, he picked on him and picked a fight.

Not expecting a martial art expert, Ah Jat received a slap from Ah Jat and was kicked to the air. Ting Fung immediately blocked a kick for Ah Jat. The trio shot this fight scene over and over. Ting Fung concentrated on the film production as well as Wing Chun. Before taking his mark he and Zhang Jun practiced and got along very well.

Reporters asked Ah Jat how many times did Zhang Jun slap him? He joked that earlier when they made THE BOUNTY (YUEN HUNG) he already had a taste of Zhang Jun's kung fu. He played a villain and beat Ah Jat into a pulp. He said that Zhang Jun had techniques for fight scenes and would not injure his co-star, but the result was very realistic. He said that although physical contact was inevitable with action scenes, Zhang Jung had technique and he was used to suffering. He joked, "When Zhang Jun hit me I was very comfortable, it's like a massage. He opened up my Ren and Du Meridians and I became completely awake!" Ah Jat also said that in the film he had the most scenes with Ting Fung, his scenes with Fat Gor would mainly be a major scene and Macau location scenes.
Posted by hktopten at 2:12 PM