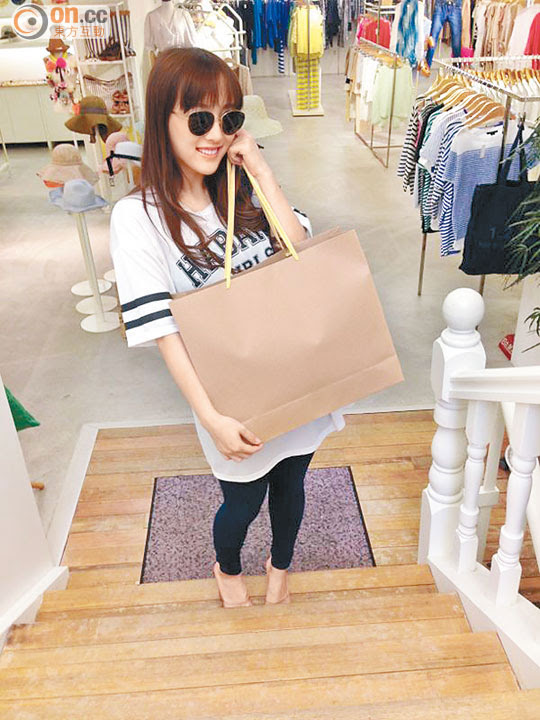 Hong Kong Film Award Best Supporting Actress DaDa Chan Jing returned to Hong Kong two nights ago from attending the Puchon International Fantastic Film Festival in Korea. Although she ran into crazed fans there and was tightly followed throughout her trip, she was incredibly excited. DaDa also revealed that because she had five meals a day she rapidly gained six pounds. Thus she will have to work hard to lose the weight for a new film.

DaDa Chan Jing last Thursday flew to Korea to attend the 17th Puchon International Fantastic Film Festival. Her film HARDCORE COMEDY (CHUNG HAU MEI) was selected to be one of the opening films and the premiere was sold out. DaDa could not be more excited. "Although I don't go to Korea all the time, I never guessed that I would have so many fans there. I am really happy to see them showing their support!"

DaDa is still popular in Korea, some crazed fans even followed her everywhere. DaDa was actually more happy than worried. "After the film festival I stayed in Korea for a few days, I didn't expect fans to follow me the entire way. I never thought that people would recognize me. (Were you scared?) No, they took photos form afar and they were all nice." DaDa also said that she has already met with Korean directors and hoped to have a chance to work together.

In Korea, DaDa of course pigged out and gained six pounds. She said, "After I won the Hong Kong Film Award I relaxed. My appetite grew. In Korea I had five full meals everyday, which made me gain six pounds. Even my cup size grew! However now it is time to get into shape, because next month I will work on LAN KWAI FONG 3 (HEI OI YEH PO 3)."
Posted by hktopten at 3:45 PM