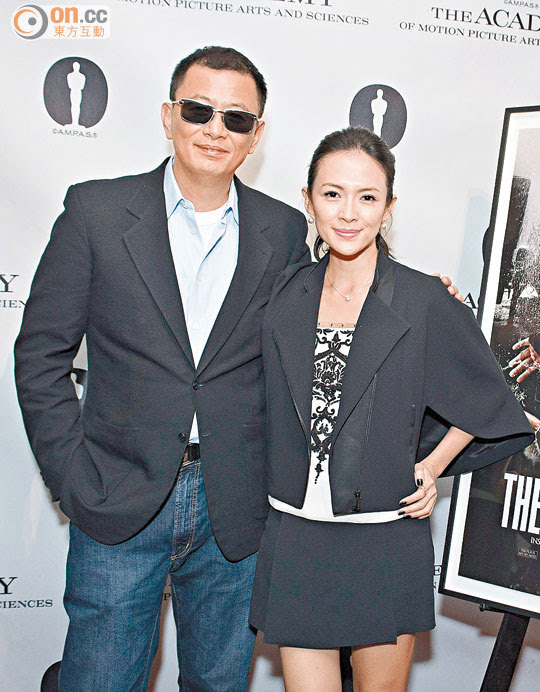 The Academy of Motion Picture Arts and Sciences honored Wong Kar Wai's film contribution with a special screening of THE GRANDMASTERS (YUT DOI JUNG SI) at 7:30PM on July 22nd. Aside from the chair and the board members, the film's lead actress Zhang Ziyi also made an appearance and surprised Wong Kar Wai.

Special screening host Matt Weiner has produced and directed many American television series. He was a Wong Kar Wai super fan and thus volunteered to host. THE GRANDMASTERS will open in the U.S. in August. The audience reaction was overwhelming at the special screening. Jet Tone will make a new cut for the American release and add new sound effects.
Posted by hktopten at 2:23 PM